Cheap flights to Macau found for this year

Can I fly to Macau from United Kingdom right now?

Information is based on travel restrictions from United Kingdom to Macau

Most visitors from United Kingdom will not be allowed to enter Macau.

Quarantine requirements
Visitors from United Kingdom are not required to quarantine after entering Macau.


Can I fly back to United Kingdom from Macau?

Returning to United Kingdom from Macau

COVID-19 testing requirements
Visitors from Macau are not required to present a negative COVID-19 PCR test or antigen result upon entering United Kingdom.

Quarantine requirements
Visitors from Macau are not required to quarantine after entering United Kingdom.

Which day is cheapest to fly to Macau?

The cheapest flights to Macau are usually found when departing on a Saturday. The departure day with the highest cost at present is Wednesday.

What time of day is cheapest to fly to Macau?

At the moment, flights at midday are likely to offer the best value for money for your Macau trip. A flight in the evening will more often than not be of higher cost.

Macau is a wonderful place to explore and has a remarkable history of centuries of Portuguese rule and recent Chinese rule. Many know Macau for its casinos, but there is much more to see.

Macau is a tiny place, home to half-a-million Macanese. The Macau Peninsula is the most northern part of the region, linked to the Chinese mainland. It’s here that most of the must-sees are concentrated – the ruins of St. Paul, Senado Square, Na Tcha Temple and the Moorish Barracks to name just a few.

Taipa is the island south of the peninsula. Three bridges link it to the peninsula and the airport is situated here. It’s also a major residential centre and a visit here is a great opportunity to experience the everyday hustle and bustle of Macau.

Cotai is the Las Vegas-like strip between Taipa and Coloane and is the site of gargantuan new casinos including The Venetian.

Coloane, the most southerly island, is mountainous and consequently less developed although it is where you’ll find Macau’s first golf course. Coloane Village is charming with narrow lanes lined by brightly painted Portuguese-style buildings. There are two beaches – Cheoc Van and Hac Sa – and hiking trails in the hilly interior.

Macau has a humid subtropical climate. The average yearly temperature is 22 C (72 F). Summers (May to September) are hot and humid, with temperatures between 29 and 35 C (84 and 95 F). Winters (December to March) are mild; temperatures rarely fall below 5 C (40 F). The breeze blowing in off the sea keeps conditions cooler than on mainland China. Typhoon season runs from July to September.

When is the best time to fly to Macau?

The low season is May to October, coinciding with Typhoon and rain season. However, there are several major festivals during these months including Macau Arts Festival (May), the Macau International Dragon Boat Races (June), Macau International Fireworks Display Contest (September/October) and Chung Yeung Festival (October).

If you fly into Macau International Airport, there are several ways downtown. Depending on which hotel you are staying at there may be a pick-up service. Taxis are readily available and there are also bus services that serve the city and stop at all the major hotels.

If you’re flying to Hong Kong Chek Lap Kok International Airport there are plenty of ways to get over to Macau. Taxis and buses travel to the ferry terminal.

There’s no need to think about driving in Macau. The territory is small, just 28 square kilometres (11 square miles), and there are plenty of ways to get around. For sight-seeing in the different districts of Macau (Peninsula, Taipa or Coloane), walking is best.

The major casinos and hotels operate complimentary shuttle buses for guests. The Terminal Maritimo is a stop for many shuttles and the really big casinos travel to the Barrier Gate, Taipa Ferry Terminal and airport.

The bus service is efficient, reliable and air-conditioned. Taxis are readily available and there are two types – black with cream roofs and yellow. Most taxis will have a destination guide that includes the names of the most requested destinations in English, Chinese and Portuguese.

See alternative destinations where airfare is generally forecast to be close to Macau flight prices. 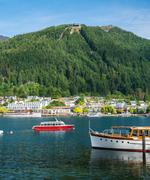 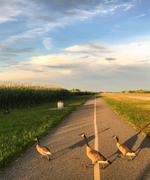