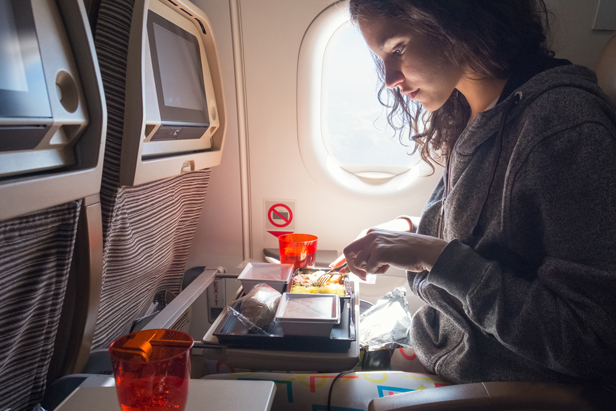 Having joined the ranks of no-frills carriers such as Ryanair and easyJet in charging for in-flight food and drink earlier this year, British Airways has now suggested it may roll out the scheme on its long-haul flights as well. With the death knell sounding for the golden era of air travel, we’re wondering just how does BA’s paid-for menu measure up?

“This is a classic example of death by a thousand cuts,” said Phil Bloomfield, Global Head of Communications for Cheapflights. “When BA started charging for food on short haul flights at the beginning of this year, many saw it as the end of an era for the UK’s flag carrier, so the news that the airline is now considering extending the scheme to long haul flights will be the final straw for many of its customers.”

Bloomfield continued, “With free in-flight meals on short haul flights now the exception rather than the rule, travellers are already questioning what they stand to gain by booking their next flight with BA over one of the low-cost carriers – and whether they should simply ‘BYO’ when it comes to in-flight food. If the model is extended to long haul flights, BA will have to introduce some pretty substantial cuts in fares to entice travellers to choose them over a full-service competitor.

Cheapflights’ analysis of 22 of the most popular airlines used by British travellers flying short-haul, reveals that two-thirds are now charging for in-flight dining on their short-haul routes.  A comparison of the cost of an average meal on those airlines that charge, (sandwich, packet of crisps, a glass of wine and a hot drink), puts British Airways in the mid to steep end of the scale at £12.55, with Eurowings winning on price at £11.80 and Icelandair racking up the highest cost of £14.45.

How about a drink?

Those wanting a bit of alcoholic refreshment had better be prepared for a hefty bill. A civilised G&T with Iberia is an eye-watering £9.80, a hefty £6.50 if flying with Ryanair, Norwegian or Aer Lingus, or a more reasonable £4.70 on an Air Berlin flight. A small can of beer (300ml) is generally around £4 (although that’s getting close to £8 a pint), but it’s as high at £5.10 on Icelandair. A glass of wine ranges from £4 on a Thomson or Flybe flight to as much as £5.20 with Ryanair or Aer Lingus and £5.95 with Icelandair.

A bottle of water on a Eurowings, Air Berlin, Ryanair or Aer Lingus flight will set passengers back £2.55 – the same price that Eurowings and Air Berlin (both German carriers) charge for a beer.

“For many travellers, complimentary in-flight food and drink is the last bastion of ‘civilised flying’. But even on short-haul routes – for those unprepared to relinquish the pleasure – travellers do still have several options, with bmi regional, KLM, Lufthansa, Swiss, Austrian, Air France, Alitalia and TAP Portugal all continuing to offer complimentary snacks and beverages,” continued Bloomfield. “For everyone else, our advice is to search out the flight that offers the best fare to your chosen destination and bring your own food and snacks.”