Even the most budget-conscious traveller will find that they can get around the Kansai region (which includes the prefectures of Osaka and Kyoto) fairly cheaply. In Osaka, conveyor-belt sushi costs from 80 pence per plate, a bowl of noodles can be slurped down for £5 and a night’s sleep in decent accommodation can be found for about £20 per night.

(Our featured image of the brass lanterns at Higashi shrine, Nara is by ricoeurian.)

Here is a list of great, free things to do in the Kansai region: 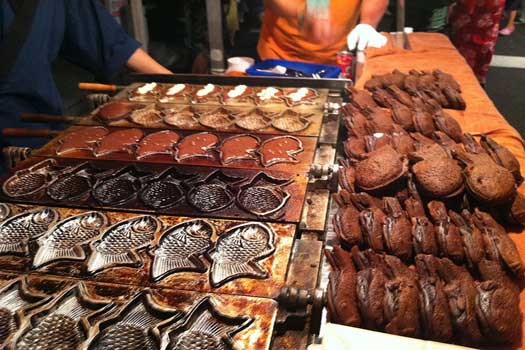 Chocolate fish on sale at the Nishiki Market. Photo by Bytemarks 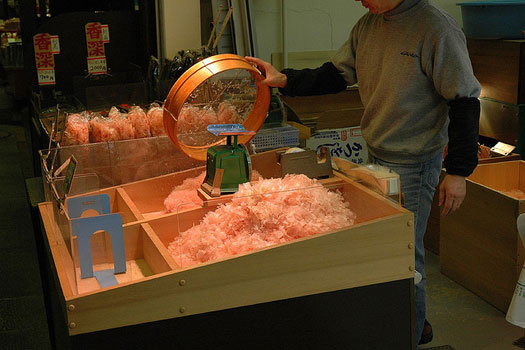 And shaved fish! Photo by jaybergesen 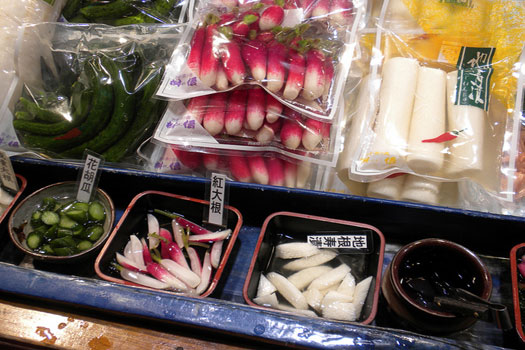 Not fish! Radishes and pickles on sale at Nishiki Market, Kyoto. Photo by np&djjewell

1. Visit Nishiki Market
Known as “Kyoto’s Kitchen”, Nishiki Market bustles along a narrow, old, shop-lined street. There is a mouth-watering array of fresh and processed foods available, including Kyoto specialities such as pickles, Japanese sweets, dried food, sushi and fresh seafood and vegetables. Daimaru department store has a first-class food hall in its basement where there are many free samples on offer – it’s a great way to sample Japanese cuisine or stave off hunger pangs until dinnertime. 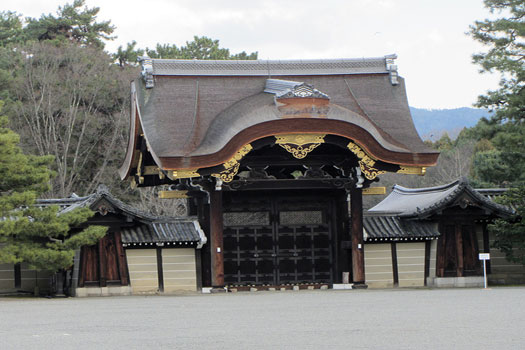 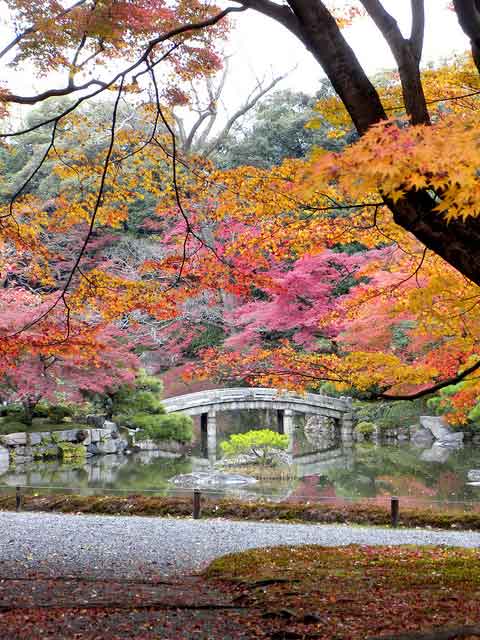 Sentō-gosho Garden, Kyoto (Sento palace grounds are located within the southeast corner of the Kyoto Imperial Palace). Photo by np&djjewell

2. Visit the Imperial Palace in Kyoto
Kyoto Imperial Palace was the residence of Japan’s Imperial Family until 1868, when the Emperor and capital were moved from Kyoto to Tokyo. Free guided tours of the grounds enable you to get to grips with the core of Japan’s traditional monarchy, without an expensive price-tag. 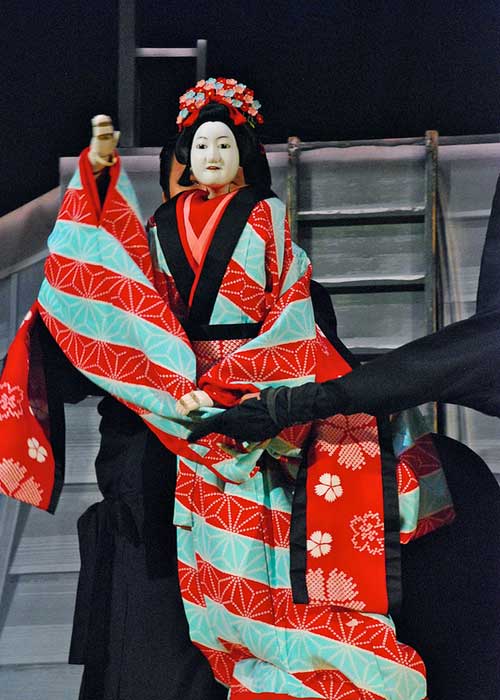 Bunraku. Photo by Mot the barber

3. Learn about Bunraku
Osaka has been at the heart of bunraku (traditional Japanese puppet theatre) for many centuries. The exhibition at the National Bunraku Theatre has a wealth of knowledge about this quintessentially Japanese art form, and you can even have a go with the puppets yourself. 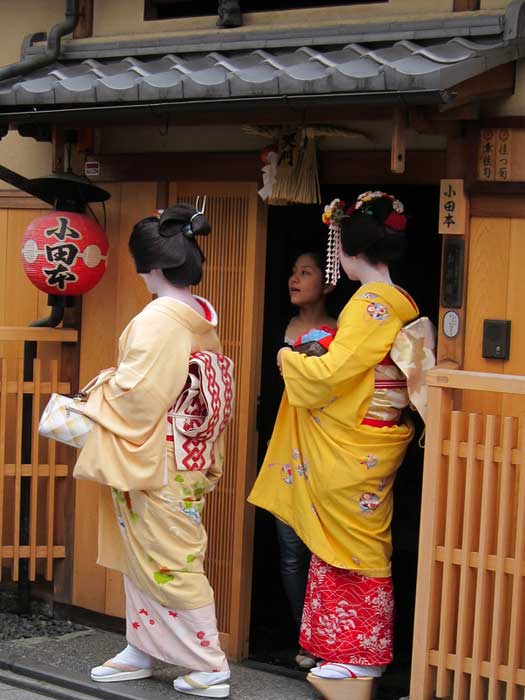 Geiko and Maiko at Gion in Kyoto. Photo by Conveyor belt sushi 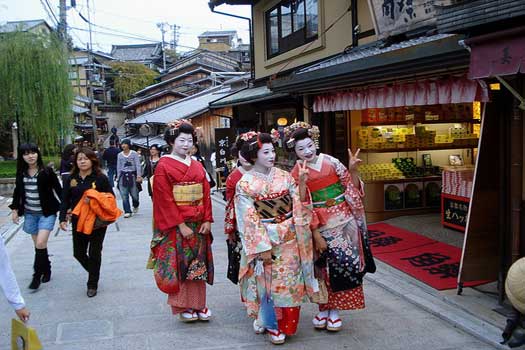 4. Maiko and Geisha Spotting in Gion
You don’t have to splash out on a tea house to see maiko or geisha in Japan. If you visit the Gion District of Kyoto, they can be seen scurrying in and out of restaurants or tea houses in between their various appointments. Just remember to have your camera at the ready!

5. Kyoto Handicraft Centre
While looking around the Kyoto Handicraft Centre, watch real craftsmen working on their one-of-a-kind creations. Observe how Kyoto’s most prominent traditional handicrafts are made, and then try to make them yourself, with 60-minute sessions led by specialist, English-speaking instructors. 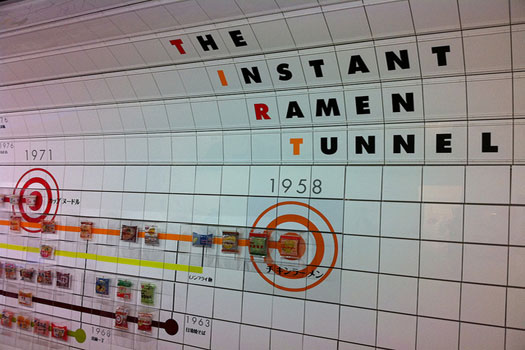 6. Visit the Instant Noodle Museum
Did you know that instant noodles were invented in Japan? One man had the philosophy that “peace comes to the world when people have enough to eat”, and his passion led to the invention of this staple of modern Japanese cuisine. You can find out how instant noodles were invented, its history, and you can also make your own, original noodles! 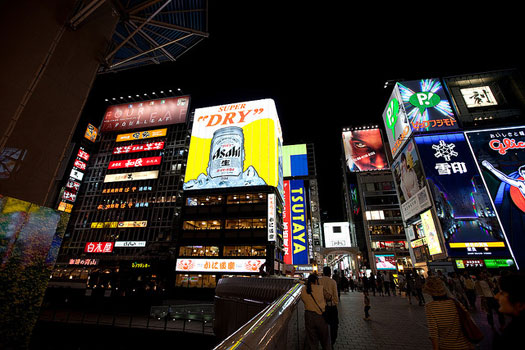 7. Taste Asahi Beer in a Brewery
Fancy a beer? You can taste world-famous Asahi beer at Suita Brewery in Osaka. Not only do you get a guided tour of the brewery, but you can sample the freshly brewed beer – free! Advance booking is necessary. 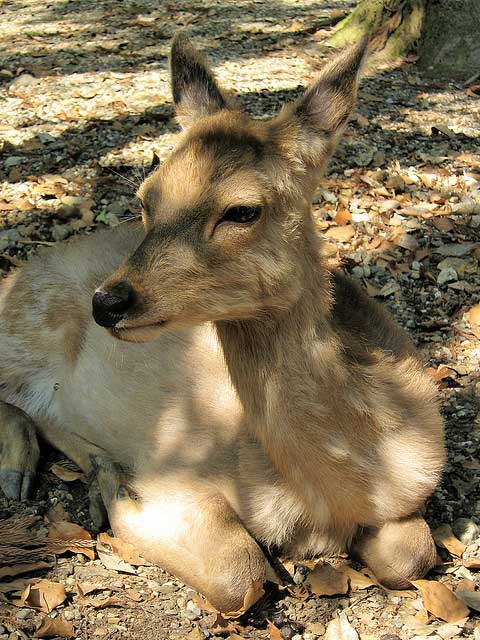 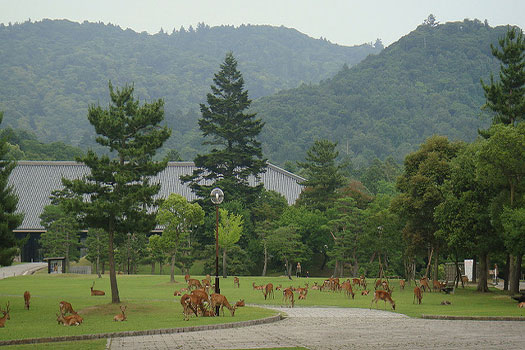 8. Meet deer at Nara Park
If you’re feeling a little tired walking along Kyoto’s long avenues, why not visit Nara Park and have a break with its resident deer. The park is home to approximately 1,200 deer, and they are surprisingly tame. The park is also close to key attractions such as Kofukuji Temple, Kasuga Taisha Shrine, and Todaiji Temple – containing the world’s largest bronze statue of the Buddha Vairocana –  making the park the perfect pit-stop between sights. 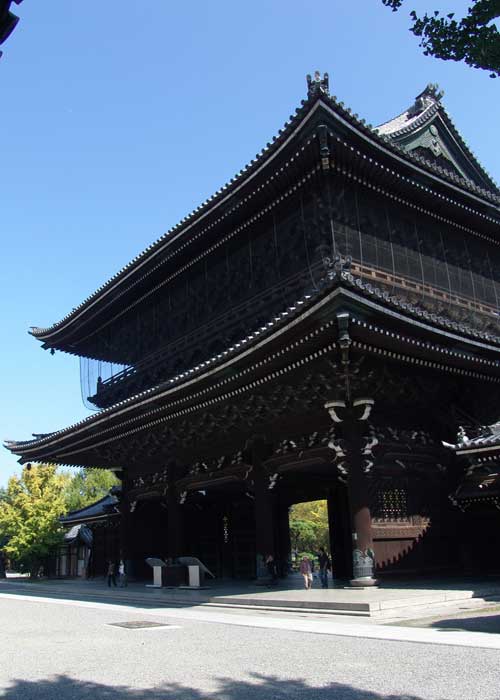 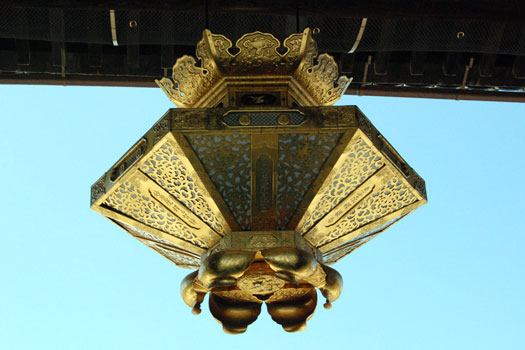 The stunning gold lanterns hung throughout the Nishi Honganji Temple in Kyoto. Photo by katclay 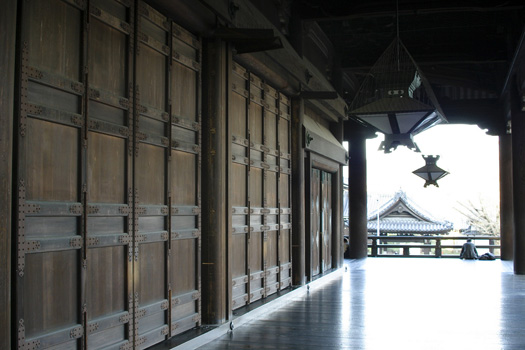 Walkway along the main building at Nishi Honganji, Kyoto, Japan. Photo by beggs 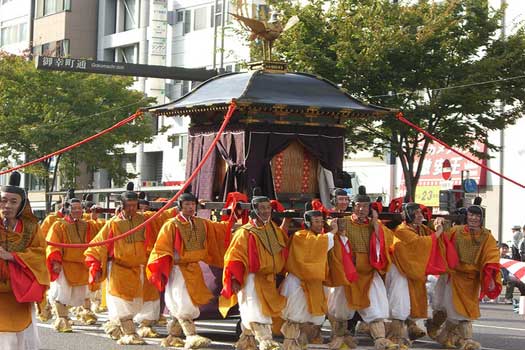 10. Festivals
There are countless festivals (matsuri) in Japan throughout the year. They are a great way to experience the local culture and sample tasty, cheap street food. Big ones coming up in Kansai are the Jidai Matsuri in Kyoto on October 22, celebrating the 1,000 years that Kyoto was Japan’s capital with a huge parade featuring approximately 2,000 costumed performers dressed up as historical characters, cultural figures, aristocrats, samurai and geisha, along with ox carts, horse carts and other tools used during the era.

The Doya! Doya! Festival in Osaka on January 15 features naked men battling over a cow god amulet at Shitennoji Temple. Have a look at the listings for Osaka festivals and Japan festivals listings.

Here's a long and enticing list of things to see and do in Japan next year.
December 12, 2013‐Oonagh Shiel

10 most elegant airport terminal interiors in the world [pics]

We're spending longer and longer in airports. Luckily architects have woken up to the need for one or two uplifting touches to the terminals they design!
November 28, 2012‐Brett Ackroyd

Picture this: You’re in a taxi to the airport, totally glowing and zen after a week on a Barcelona beach...
September 10, 2019‐cheapflights

Travelling last-minute can be exciting. It’s a great way to shake up your routine, inject some spontaneity into your life...
November 7, 2018‐Oonagh Shiel
Recent posts

CheapflightsCity breaks10 free things to do in Osaka and Kyoto, Japan
We use technical, analytical and marketing cookies to help you with things like logging in and picking up your search where you left off.