So you have “One Night in Bangkok” and the world (or at least the town) is indeed your oyster. Once you’ve finished singing that line to yourself, it’s time to get down to making the most of your stay in the Big Mango. Unless you have the stamina of Wolverine and the speed of The Flash, you can’t treat these 12 Bangkok treats as a checklist … but you can pick the bits you like best to make your stopover memorable.

If You’re a Shopper…

Since you don’t get to choose which 36 hours or so you’ll spend in your stopover, you might wind up there when most shops are closed. But when other towns roll up their streets, Bangkok fills them with stalls selling everything you could possibly want to buy. From clothes, to jewellery, to electronics, to gifts for the kids, you’ll find it in the maze-like warrens of the night market scene.

Lights out in #Bangkok. Spent the evening roaming night markets. Off to the beach in the morning!

This is the biggest, baddest, twistiest, turniest market in the country and an absolute winner for anybody who regards shopping as part science, part sport. Search and haggle and buy in the labyrinthine passages and come home with a great deal and a good story.

If You’re a Foodie…

It seems like any space in Bangkok with three square metres free has somebody offering satay, dumplings, durian, noodles, fruit and other treats. Buy from a busy stall – the locals prefer it for a reason. If you have a few spare hours, learn the hows and whats of what these stalls do best with a local cooking class to bring home a gift that keeps on giving.

Spicing up my life, one bowl of soup at a time. #Bangkok #Thailand #streetfood #ThaiFood pic.twitter.com/S1I8vfHdsR

Some of the best restaurants in Asia hang their mise in Krung Thep. Nahm serves traditional Thai dishes developed by Australian author and chef David Thompson, and topped Pelligrino’s list of Asia’s top 50 restaurants for 2014. It fell off the top spot this year, replaced by Indian fusion restaurant Gaggan – also a Bangkok fixture. This is at the opposite end of the dining spectrum from a stand-up meal from a street cart, but in your stayover here try to give yourself both.

If You’re Travelling With Kids…

Stroll along safe, traffic-free lanes by waterways where huge monitor lizards bask, swim and hunt. See ducks and colourful birds, enjoy the coolness of the green spaces, then ride a swan boat in the lagoon. The park also has a complex playground surrounded by benches where you can rest while the little ones make local friends.

If You’re All About Culture…

It’s the biggest and most important operating temple in Bangkok, and worth the visit even if it only held a reclining Buddha larger than many homes. But that’s only one part of the architecture and icons to be seen. A must visit for anybody who loves this kind of urban exploration. If you plan to visit Atthuthaya (see below), come here first so you can see a living version of the ruins you’ll explore there.

It’s not paintings on walls or crumbling ruins, but Muay Thai is as much a part of Thai culture as Buddhism. Catch a seven to ten fight card at Lumpinee Stadium or at Ratchadamneon Stadium (they alternate nights), and watch the stands for the ferocious betting action that starts on the third round of any fight.

These iconic motorised tricycle uses get up close and personal with the local traffic as they rip through the crowded streets at slightly less than the speed of light. It’ll get your heart racing.

If You Don’t Mind a Road Trip…

A one-way cab ride to this UNESCO heritage site will cost you one hour and 1,000 Baht (about £20 or $30). You’ll choose from several sites of what was the centre of the Thai empire and the world’s largest city at its height. Pick one or two for a half-day experience, just one if you want to get back to the city and other options.

The oldest and most touristy of Thailand’s floating markets is an hour’s drive away and feels like a theme park about floating markets. It’s open 7am to noon daily. Other floating markets are closer in, and can feel more authentic despite being imitations of what is now a bit of a tourist trap. Kha market is also a morning gig, open weekends and select weekdays. Amphawa and Taling Chan have longer hours and are similarly outside of town.

For as little as £4 (or $6  if you’re working in US dollars), you can spend an hour getting all the kinks of your plane flight and your explorations worked out in a style of massage unlike those from other parts of the world. Ignore the reputation of Thailand and massage parlours – these are on the up-and-up, completely relaxing, and the perfect way to end your quick visit to Krung Thep.

Just like the Big Mango offers more to do than is possible in a stopover, it offers more than we can write about in a single article. We didn’t even get to the National Museum, Jim Thompson House, the Zoo or any of the smaller temples. No matter what you choose from this list, you’ll leave Bangkok wanting more.

12 things to do on a stopover in Bangkok was last modified: June 26th, 2019 by Jason Brick

What to see, what to do in Bangkok – guide for first-timers

Peninsula Bangkok pimps out its own Tuk Tuk 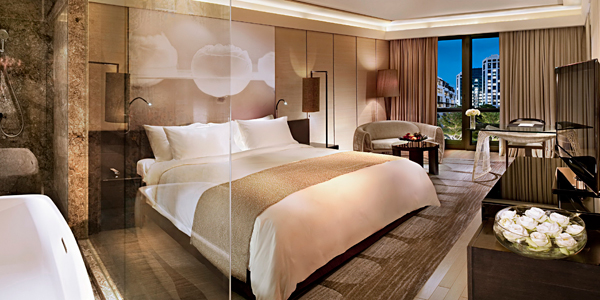 How to spend two days in Bangkok