Energy bills are really high these days. Seeing as increasing prices are the unavoidable consequence of economic growth and inflation, the only sensible solution is to emigrate somewhere where you don’t have to worry about forking out all the time. Perhaps a nice hot country, you might be thinking, but it’s not as simple as that.

People living in countries that are hot all the time are dependent on air conditioning to lead a normal life – walking around in a sauna-like environment may be okay when on the streets, but it can be incredibly uncomfortable at home, particularly if you don’t like trying to sleep with a full sweat on.

So, what we’ve found are some countries where it’s warm enough to ignore your heating appliances, but cool enough to not require mechanised ventilation. A tall order, but here are some that have the skills to pay their much lower bills.

The islands that make up Mauritius enjoy winter temperatures of around 20 degrees and yet about 25 degrees during the summer.

This difference of a measly 5 degrees between the seasons will please those who don’t like surprises but probably disappoint those who like to complain about changes in the weather.

Rest assured – there’s the occasional cyclone to add a bit of novelty.

The island country of Cyprus has the most consistently pleasant weather in Europe.

During summer, temperatures can creep up to a sweaty 33 degrees Celsius, but if you head to the mountainous Troodos region, they are closer to a more reasonable 27.

Winters tend to lounge around at an affable 15 degrees.

This unassuming little paradise has perfect weather all year round, as well as warm Pacific waters gently lolling against its inviting beaches.

Summer temperatures usually max out at 31 degrees with ocean breezes preventing the island from getting uncomfortably humid, while winters typically hover around 20 degrees so heating certainly isn’t needed.

For those who feel that temperatures over 30 are a bit much, then the Azores are a good shout.

The summer highs sit around 26 degrees, and winter doesn’t get much colder than 15 degrees – nice and fresh for those who prefer cooler days.

The Canaries are another group of islands that hits that sweet spot between 27 and 15 degrees. Happy days for the most part, but the occasional touch of bad weather can affect the place. Just hide in your villa and wait it out – it’s totally worth it.

The country of Turkmenistan must surely take the prize for cheapest bills. Since 2003, the country’s citizens have had their electricity and gas bills paid for by the state, and this arrangement is due to continue up until 2030.

Almost three quarters of the country is made up of the Karakum Desert, so you know the weather’s got to be on the warm side, but boiling, freezing, whatever – it doesn’t really matter if you’re not paying for it!

The toastiest thing about Turkmenistan might just be the above – the Darvaza Gas Crater.

6 places where you don’t need to worry about high energy bills was last modified: June 26th, 2019 by Adam Zulawski

Sights to see: The Pinnacles

The 3 best places in the world to eat … cheese 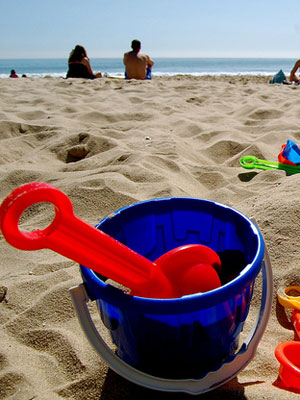