Epic superhero movie franchise Batman has drawn to a close with The Dark Knight Rises, a fast-paced thriller full of action, drama and suspense.

The Dark Knight Rises rounds off what has been probably the most popular set of Batman films since the caped crusader first made the jump out of comic books and on to the big screen.

Christian Bale has outdone himself in the role of the eccentric billionaire-vigilante, and an outstanding supporting cast throughout all three films has had fans coming back again and again.

From Liam Neeson to Michael Caine, Gary Oldman to Tom Hardy, the trilogy has had its fair share of British and Irish actors.

The third and final film is still performing well at the box office, with many people still going batty for Batman. Part of Batman’s enduring popularity is the mysterious appeal of the character, creating a far more dangerous hero than, say, Spiderman or Superman.

That dark mystery lies in the bat, a creature of the night that scares and intrigues in equal measure. They’re not always easy to find, but in a colony they can be one of nature’s most awesome and intimidating sights.

If you’ve been bitten by bat fever, there are places at home and abroad where you can see the mysterious creatures. So, where are the best bat hide-outs in the world? 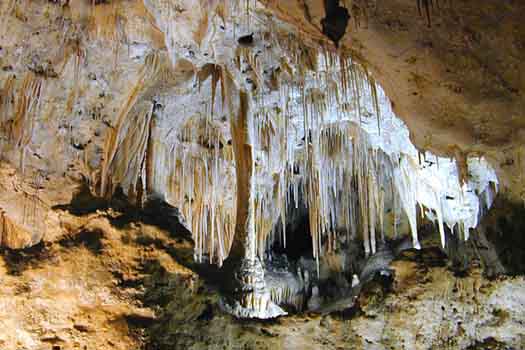 Carlsbad Cavern National Park, in New Mexico, is a popular national park and wildlife reserve that is home to a network of caves and caverns.

Attracting more than 300,000 visitors a year, the national park’s main attraction is Carlsbad Cavern itself – a series of limestone caverns that are home to the seventh largest chamber in the world.

Carlsbad Cavern National Park is home to 17 species of bat, and the park prides itself on its bat education. It’s not always possible to catch a glimpse of the 700,000-odd bats that call the park home, but you’ll certainly learn a thing or two if you pay a visit. 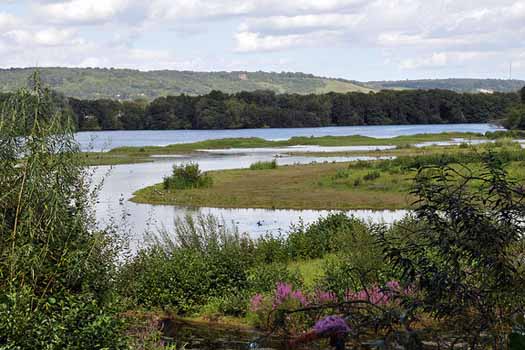 We may not be able to provide quite the same vast caves and caverns as the United States, but the UK still has a very healthy bat population.

Bats can be found almost anywhere in the UK, from the bottom of your garden to a bridge over a busy road. If you fancy catching a glimpse of one of the 18 species of bats in the UK, there are plenty of ways to get involved.

Bat conservation groups operate up and down the country, with many holding bat walks and talks. In Kent, for example, the Kent Bat Group runs early-morning walks through Sevenoaks Wildlife Reserve where you can see bats in their natural habitat. 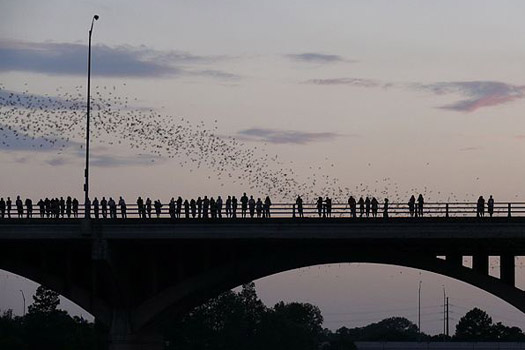 Back to the USA again, although this time not to a nature reserve or national park but the middle of a bustling metropolis in Texas.

The Ann W Richards Congress Avenue Bridge in the city of Austin is an unlikely setting for a bat hide-out, but is home to the largest colony of urban bats in the whole of North America.

According to recent estimates, between 750,000 and 1.5 million Mexican free-tailed bats live within the bridge during the summer months.

The bats have become a popular tourist attraction, with visitors taking to the bridge at dusk each evening to watch them emerge in a spectacular flurry of flapping and screeching. 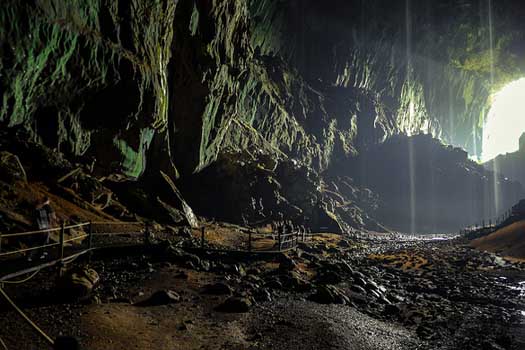 The national park is home to as many as 27 species of bat, whose numbers run into the millions. One of the most common is the Wrinkle-lipped bat, who rules the roost in the roofs of several caves in the park. 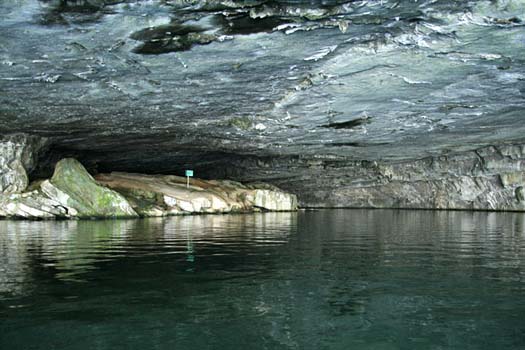 In order to catch a glimpse of a rare species of bat, you could head to Nickajack Cave in Marion County, Tennessee. This partially-flooded cave is home to a large colony of grey bats, an endangered species.

The colony is thought to include around 100,000 bats, which emerge from the cave each evening in spring and summer to feed.

It is a breathtaking spectacle, and with a platform to view the bats as well as an information kiosk on the endangered species, Nickajack Cave is truly the ideal bat destination.

The Cheonggyecheon Stream, Seoul – in pictures