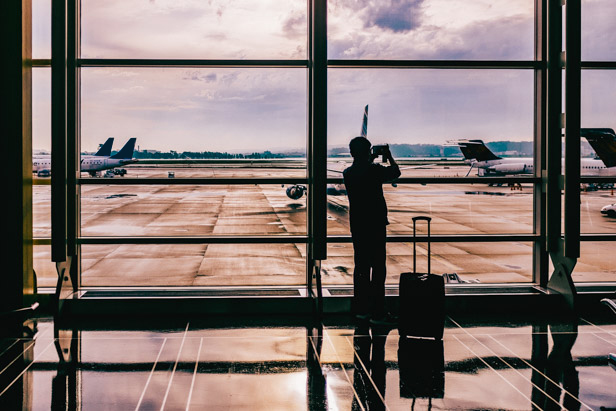 Ahead of next week’s triggering of Article 50, a poll conducted by us here at Cheapflights.co.uk, has revealed that nearly 80% of Brits are concerned about holidaying in a post-Brexit Europe.  Fears over rocketing prices, increased bureaucracy and a less than friendly reception top the list of worries, with many UK travellers planning to take their future holidays in the US, Caribbean, Thailand, Australia, New Zealand or on home soil instead.

The poll, conducted among 2,000 Brits, shows that nearly half (49%) cited the potential impact on the strength of the Pound and less value in their holiday wallets as their primary worry, followed by concerns around losing guaranteed local health care via the European Health Insurance Card (36%); rumours of visas to visit EU destinations (35%); and higher airfares (33%). Nearly a third (31%) highlighted a concern that EU residents might be less welcoming to British tourists, and others (20%) noted fears around the return of the punitive mobile-phone charges phased out in recent years.

Analysis of 25 million searches across an 18-month period made by Brits through the Cheapflights website and app, comparing average monthly demand in the nine months prior to, and since, last June’s Brexit vote echoes that shift in sentiment. The data suggests that Brits are making significantly fewer searches for flights to the EU in favour of longer-haul destinations. Searches for flights to Spain, a perennial favourite with Brits, are 14% lower since the period prior to the Referendum, and demand for France, Italy and Portugal is also down, relative to where it was in the lead-up to the June announcement. Conversely, searches for flights to farer-flung holiday favourites like the Caribbean, Thailand, Dubai, the US and even Australia and New Zealand are all, on average, 20 % higher for the same period.

Andrew Shelton, Managing Director of Cheapflights, comments: “Brits are clearly concerned about how Brexit will affect travel, specifically regarding holidays to Europe. The Referendum result could usher in a fundamental shift in the travel habits of Brits, seeing them take fewer, but longer, holidays each year to more exotic destinations – rather than the ‘fly and flop’ trips to the Med, or the short city breaks, to which we’ve got accustomed as the skies over Europe opened up in the last two decades.”

The survey also revealed that 32% of those, who are likely to holiday less in Europe following Brexit, will opt for a staycation instead.

“Whilst the long-term impact of Brexit on flight prices remains uncertain, fears of immediate price hikes seem to be unfounded,” continues Shelton. “Analysis of average lowest return fares to our most popular destinations shows that, across the board, flight prices have fallen in the nine months since Britain voted to leave the EU.   Average fares to New Zealand, for example, are 22 per cent lower, which equates to a saving of more than £900 for a family of four.  Likewise, flights to Spain, France and Portugal have dropped by 18 per cent, 15 per cent and 14 per cent, respectively, giving Brits the perfect excuse to seek out some bargains to their old favourites on the Continent now, before the UK’s 2019 departure.”

Cheapflights’ poll also broadly correlates to how the UK voted during the Referendum itself. Respondents from the North East (84%), London (81%), Northern Ireland (89%) and Scotland (83%) – all pro-Remain areas – expressed the most pessimism about holidaying in a post-Brexit Europe, with those from the West Midlands (73%) and Yorkshire (75%) – which largely voted Leave last June – more optimistic.  Similarly, nine out of ten of the 18 – 24 year age group polled by Cheapflights expressed strong concerns about the impact of Brexit on future travel to Europe – reinforcing their broadly pro-Remain vote nine months ago; whereas for the over 55s – strongly ‘Leave’ – that figure fell by more than 20%.