Thousands of people every year sign up for National Trust working holidays. For between two and five days, travellers forsake the comfort and relaxation of the typical short break in favour of hard graft and rudimentary conditions. (Duncan~ took the featured image.)

They sleep in bunk beds in single sex dormitories, share bathrooms with several other volunteers and help out with the cooking and washing-up duties, all after spending each day outside dry-stone walling, hedge laying, scrub clearing and doing pond restoration. 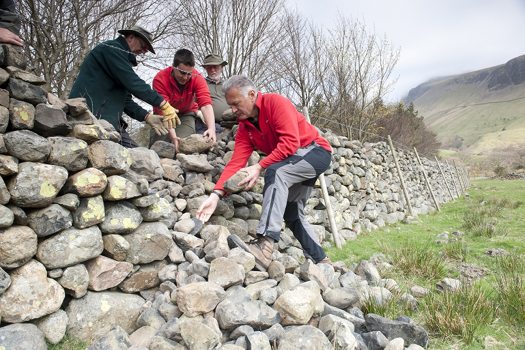 And why? Why are they prepared to spend their “holiday” time getting sweaty, smelly, scratched and achy, and paying anything between £40-150 for the privilege?

Well, National Trust volunteering really seems to pay off. Many volunteers feel a great sense of achievement upon seeing a building or its ground improved as a result of their hard work. Likewise, they get a feeling that they’re making a difference to the survival of an important historical place. They’re part of a legacy. Indeed, their work is a legacy of sorts – one that their grandchildren can visit and appreciate in the future. Some older volunteers go as far to say it makes them feel young again. 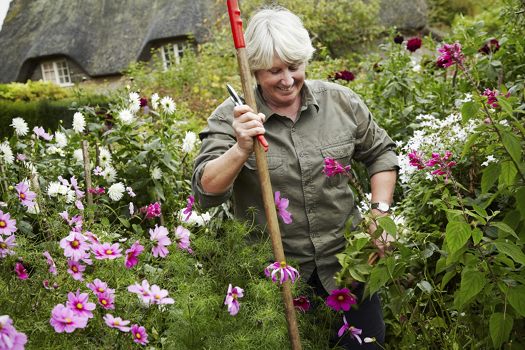 And the benefits extend beyond the work. Many who sign up wax lyrical about the friendships and connections they make with other like-minded volunteers. Some have even been inspired to divert their career paths towards conservation and other similar vocations.

There are around 400 National Trust working holiday projects every year, each with its own mix of tasks. Not all require hard physical labour. As well as physical pursuits such as gardening and building, there are more cerebral activities like archiving and event organisation. 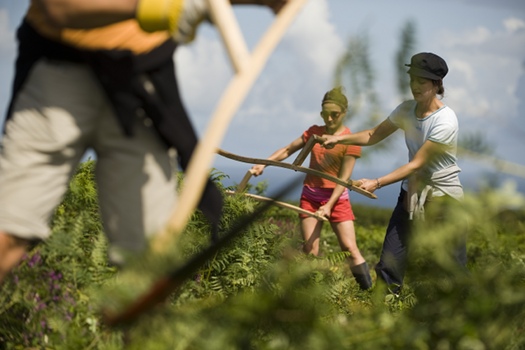 (All images are courtesy of the National Trust)