You’re in Finland. It’s cold, but at least it looks nice. You’ve spent the day in Suomenlinna and now you need a drink and a bit of entertainment. Helsinki is an expensive city, but here’s our guide to making the most of your evenings out.

The tax on alcohol in Finland is very high and a drink in the city centre will often cost around 7 or 8 euros. This combined with the fact that many bars have a mandatory coat check for a few euro, means Finns think twice before going on a pub crawl.

It’s very common for Finns to start their drinking at home before they go out so that they can save money, but shop prices are still more expensive than in most other countries. This phenomenon sometimes results in being out in a club with everybody seeming very merry but no queue at the bar.

Also, be aware that if you like to drink anything other than beer, you can’t buy wine and spirits in the shops after 6pm on Saturdays and you can’t buy them on Sundays at all. This is due to the fact that only the government shop Alko has the licence to sell alcohol above 4.7% and they do pretty much what they want.

If you’re going to get shots though, make sure you get something traditionally Finnish. A lot of bars sell distinctly strange murky concoctions that seem to be flavoured with cough syrup and mud, but they’re often cheaper than the branded stuff. The most ostensibly Finnish spirits will be flavoured with salmiakki, which is a kind of liquorice mixed with extremely salty ammonium chloride. Shots aren’t supposed to be nice anyway, right?

One Place to be on Thursday Nights

If you’re out mid-week (hey, you’re on holiday, we’re not judging you), then the number one place to be on a Thursday night is Kaarle XII on the street Kasarmikatu.

A short distance from the Esplanadi, this Helsinki institution is the home of rock and cheese in a lavish environment. The outside looks like a castle and inside is no different.

The ground floor is a series of wooden-floored nooks and hidey holes, hiding away alcoves with bars and even a dancing pole, with an older crowd quaffing wine and beers amongst young, starry-eyed Finns trying to be hip. Head up the grand stairwell decorated by a series of waterlilly paintings, and take a right into the most lavish dance room you’ve ever seen.

What must have been a concert room at some point has chandeliers and numerous oil paintings on the walls, mostly portraits of old Finnish businessmen, while velvet curtaining bestrides the sides of the wall. At the back wall is a long illuminated bar, with high wooden benches nearby for people to rest their drinks on and watch the dancefloor in front of the stage.

The stage itself is yet another bar, decorated by curtaining. Back across the stairwell, past the tattooed girl serving alcopops, is another grand room with burgundy leather sofas which feels like it used to be a smoking room for moneyed gentlemen.

Fittingly, part of the space opens to a side room where there is a roulette wheel and a blackjack table, so you can gamble away any of the money you didn’t feel like saving up for drinks.

Lavish and cool as Finn.

Dive into the Grime

If you want to get away from the upper echelons of the wallet-emptying centre, head to Kallio, the area a short distance to the northeast. Kallio has different rules to the rest of the city when it comes to alcohol – it’s about half the price, with drinks between 3 and 4 euros.

Now, before you get excited, be aware that the area might not be for you if you’re a fancypants. It’s a student area and most of the pubs are divey and a bit raucous. Pool tables can be found in many places and leather jackets abound.

If you’re looking to eat, there are only a handful of nice restaurants, and you’re more likely to end up getting a kebab, simply for ballast.

Pubs stay open to 2am at the latest, two hours earlier than everywhere else in the city, and staff will start kicking you out at 1:30 to make sure. But if you’re having a good time and want to stay out, just follow everybody to the bus to the centre and nearby Kamppi – the packed bus journeys themselves at this hour are a good time out in themselves.

Helsinki has a tradition in keeping with English sensibilities in that the Finns love stand up comedy. “Great,” you’re thinking, “it’s not like I can understand even the most basic of Uralic languages. I swore I’d never learn another after Hungarian nearly made me lose my mind.” Don’t panic! Yes, there are plenty of Finnish language stand up nights, but it turns out there are quite a few English ones as well.

Helsinki Finns are lovers of language and many of them are tri-lingual – Swedish is the second most spoken language, but then comes English, and the Finns love practising it as much as possible, hence the tradition for stand up. Sure, there are plenty of tourists, but most of the audience are Finns, and the biggest laughs are always about Finnish culture and quirks, which can leave the tourists scratching their heads.

Check out the team at Comedy Finland for English language comedy dates.

If you fancy a change from Finland, grab your passport and jump on the ferry. It takes just two hours to get to the capital of Estonia, and it’s extremely popular with the Finns. Not only does a bit of new culture grab them, but it’s mainly because Tallinn is so much cheaper. You can get a drink for a euro so unsurprisingly, many Finns treat the ferry as a booze cruise and take the opportunity to buy as much liquor as they can and bring it back to Finland. Others just stick around and get drunk for the day, which obviously takes a little less effort.

A Night Out in Helsinki was last modified: June 26th, 2019 by Adam Zulawski

Head to Finland for the wife-carrying world championships

Sick of your school? 5 great cities to study in 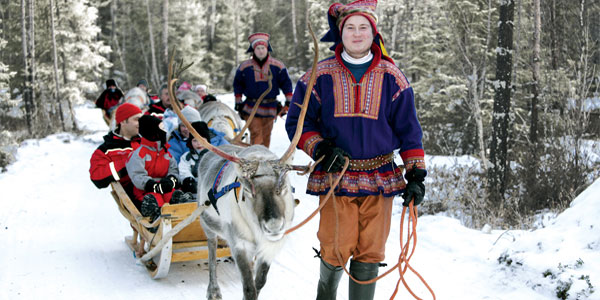 7 of the best heated beer gardens in Europe