Discerning foodies will go to great lengths to ensure their palettes are suitably tickled and their cravings suitably satisfied.

From forking out hundreds of pounds at Michelin-star restaurants to venturing into the high-brow world of molecular gastronomy, nothing is off limits.

Now culinary travellers bound for South America, keen to get a taste of the finer things in life, need look no further than Peru.

Although the country is best known for the World Heritage site of Machu Picchu, an ancient city of the Inca Empire, and its vibrant traditional clothing, it can now add another claim to fame.

Peru fought of stiff competition from other destinations in South America to scoop the title of the continent’s Leading Culinary Destination. 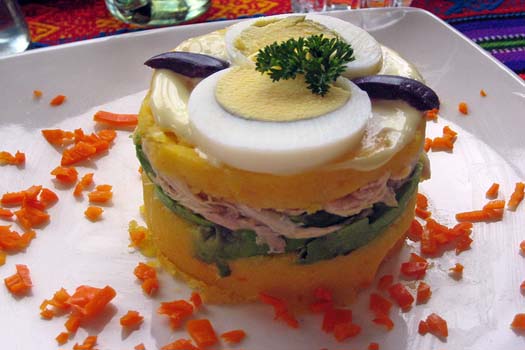 The award was presented at the Caribbean and The Americas ceremony at the World Travel Awards, which were established to “acknowledge, reward and celebrate excellence across all sectors of the tourism industry”.

Peruvian cuisine staples include quinoa, a favourite among health-conscious diners around the world, and causa, pictured above, a colourful and nutritious dish made with mashed potato, shrimps and peppers. 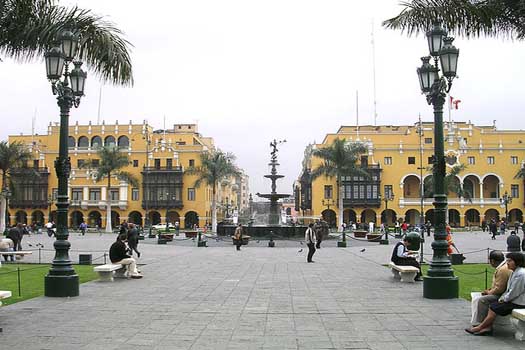 Although regional delicacies such as roasted guinea pig, a speciality in the Andes, may not be to everyone’s taste, chef Virgilio Martinez, who opened Lima London in Fitzrovia, London this summer, says that Peruvian cuisine is beginning to stand up and be counted.

“The food revolution in Lima is increasing and we need to make a noise about it,” he told the Financial Times.

“I think we are starting to see Peruvian restaurants everywhere, but when I last went to London I found that, even though the whole gastronomic scene is amazing, there was very little contact in terms of food, arts or culture between Peruvians and Londoners.”

South African Airways came into being after the South African government acquired Union Airways in 1934. It was known by...
Martin Clinton

Street Food: Where to eat bunnies

CheapflightsFood & DrinkPeru named South America’s best gastronomic getaway
We use technical, analytical and marketing cookies to help you with things like logging in and picking up your search where you left off.