canIt’s summer in the Northern Hemisphere (allegedly) but in the Southern Hemisphere the winter – and ski season – is just getting started. Here’s where to go and what to do. (The gorgeous featured image of the view from Whakapapa skifield, Mt Ruapehu is by Gareth Eyres.)

Mt Ruapehu is New Zealand’s largest skiing area. The mountain is the largest of three volcanoes that make up the Tongariro National Park and is home to two separate ski fields, Turoa and Whakapapa.

Don’t miss: Snowmad Adventures is a private, fully equipped chalet at the base of the mountain in Ohakune where each day your host will cook you breakfast and drive you directly to the ski field of your choice.

Don’t miss: The Mt Ruapehu Mountain Mardi Gras takes place in June. The whole town gets involved in the event, with street performers, stalls and a laser show.

Where to stay: The brand new Awatea Chalet is perfect for families or couples. This property has all amenities necessary for a great mountain getaway with open fireplaces and stunning views. Or check out The Park Hotel Ruapehu, an ideal base for exploring NZ’s most popular one-day walk – The Tongariro Crossing. With accommodation options to suit all travellers, onsite dining, Alpine views and outdoor hot tubs you’ll find it easy to unwind and relax after a day’s adventure.

Queenstown was recently named by TripAdvisor as one of the world’s Top 25 Travellers’ Choice Destinations. The Alpine resort was also named best destination in New Zealand and second best in the South Pacific.

Don’t miss: American Express Queenstown Winter Festival on June 21 –30. The Southern Hemisphere’s biggest winter party is a highlight of Queenstown’s event calendar and attracts about 45,000 people to celebrate the official start of the resort’s winter season.

Where to stay: On the doorstep of Coronet Peak ski-field, suspended above the famous Shotover River and a short drive from Queenstown is the Distinction Nugget Point Boutique Hotel and Spa, a 5-star hotel and spa. Another stunning place to stay in Queenstown is the Matakauri Lodge, offering 11 luxurious suites, each with private terraces looking out on a dramatic Queenstown lakeside.

Don’t miss: Southern Lakes HeliSki offers a range of options for heli skiing and heliboarding, while the World Heli Challenge showcases a unique helicopter-accessed competition. Skydive Lake Wanaka, New Zealand’s most spectacular, multi award-winning, high-altitude tandem skydive. For the adventure skier there is Snow Park NZ, a premier freestyle resort and a huge terrain park. Expect to see trendy snowboarders show off their tricks on railings, hits and jumps, or travel during the NZ Free Ski open to watch some of the biggest and best in the Southern Hemisphere ply their trade.

Ohau is an internationally-renowned snowboard resort that’s a must-do for keen skiers.

One of the largest and highest ski areas in the South Island and a big mountain experience for skiers and snowboarders Mt. Hutt is perfect for every age and ability and fantastic for families.

Don’t miss: The OnePassNZ gives you unlimited access to eight ski areas, New Zealand’s best parks and pipes and discounts at restaurants across the resorts.

Where to Stay: The Neon PomPom is designed for those looking to further their skiing repertoire away from the crowds and hype while enjoying the company of their best friends and family.

The Roundhill Ski Area in Mackenzie has something for everyone. Learners can head to the massive beginners area. For the more adventurous, head up the world’s (yes, the world’s) longest and steepest rope tow and see what Australasia’s biggest vertical drop (783 metres) is all about.

Don’t miss: Ever been Ski Flying? Roundhill ski area offers some of the best and easily accessible snow kiting and speed flying terrain in New Zealand. Access up to 750 metres of vertical with a quick trip up the Heritage Express then traverse to the ski area boundary and you’re in speed flying heaven!

Where to stay: The Mackenzie Country Inn, Twizel, is located in the heart of the historic Mackenzie Basin.

Mount Cook is by far, the most immense alpine park in New Zealand. Forget the ski lifts — to get to the top of the slopes, you’re going to need a helicopter. Heli-skiing operators will take you to the right peaks for your skiing level and if you’re planning to stay a few days, there are plenty of lodges to cater to a range of budgets.

Don’t miss: Ski the Tasman is a unique day skiing New Zealand’s longest glacier, the Tasman. The package includes guide services, three scenic flights, picnic lunch, and the two longest ski runs in New Zealand. Most skiing on the Tasman Glacier is on wide, open slopes and the backdrop is dramatic – the highest peaks of New Zealand’s Southern Alps tower above.

8 places to laze beside the lake – in the USA

Where is the Olympic Torch going next week?

On the road in Virginia – an American road trip 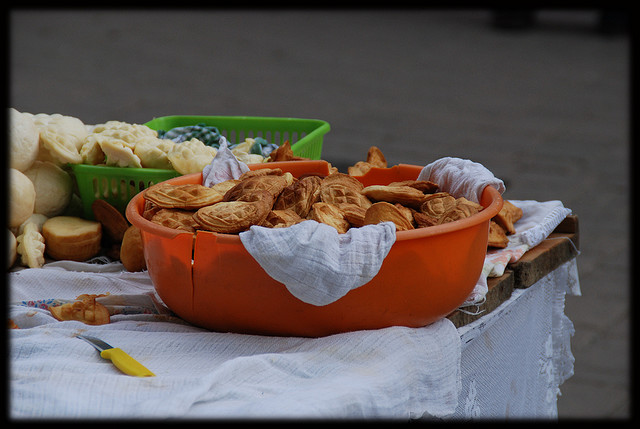 Cheapflighters on holiday in … Poland