The strength of the British pound against European currencies means that skiers will see their money go further this ski season.

Demand for ski holidays has been falling slowly in recent years, as the high cost of a week on the slopes puts holidaymakers off.

Yet the Post Office has revealed that the pound’s strength in Europe, which saw summer holidaymakers’ cash go further, will make for a cheaper winter break this year.

The Post Office’s Ski Resort Report found that skiers in eurozone countries will get 6.6 per cent more for their money, while those heading to Bulgaria will see an increase of 7.5 per cent in the amount of Bulgarian lev they can get their hands on compared to this time last year.

The Bulgarian ski resort of Bansko was found to be the cheapest in Europe, with a one-week ski pass, ski hire and lessons coming to an average price of £252.

This is compared to the priciest resort in Europe, Nendaz in Switzerland, which came in at an average of £476.

“Seasoned skiers may have their favourite resorts and stick with them whatever the fluctuation in prices,” said Andrew Brown, Post Office Head of Travel Money.

“But bargainhunters, especially novice or intermediate skiers, are more likely to look for the cheapest deal. In this case there’s no doubting that Eastern European resorts will be a great bet.”

For those looking to save even more money this ski season, skis can be carried for free on all Monarch Airlines’ new routes to ski destinations this winter.

Saving £39.98, the offer extends to ski destinations in Germany, France and Austria – from airports across England.

While it is Eastern European countries that are cheapest for a ski holiday, the Post Office’s research found that value for money can still be found in traditional ski destinations.

The resort of Kranjska Gora, in Slovenia, offers the best value in the eurozone, followed by Ellmau in Austria and Livigno in Italy.

“While skiing is cheapest in Bulgaria and Slovenia, our research shows that there is good value to be found in long-established favourites, Austria and Italy, providing you choose your resort carefully,” added Mr Brown. 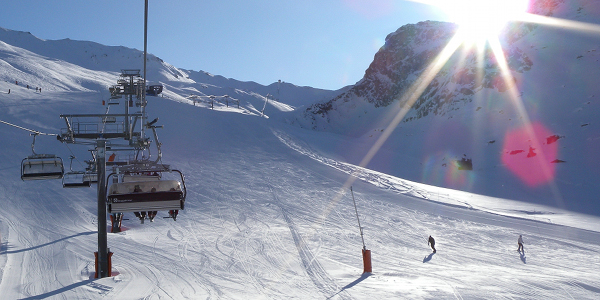 Autumn sun deals from £43 per person

St Patrick’s Day – where to go in Dublin