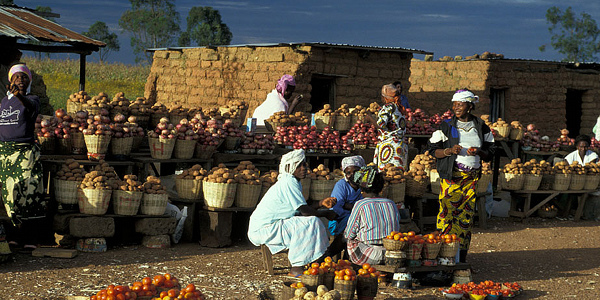 Despite being the most populous country in Africa and the seventh most on the planet, Nigeria remains relatively undiscovered. It’s truly a shame that the image of this West African cultural, political and economic powerhouse is often limited to corruption, violence and email scams. While important issues, these shouldn’t obscure Nigeria’s urban exuberance and natural beauty. Whether you’re flying to Lagos for travel, business or to catch up with relatives, ensure you have the lowdown on this nation of great potential. Here are ten things to know.

1. The name Nigeria comes from the 2,600-mile Niger River, which dissects the south and west of the country.

2. In 2010, Nigeria celebrated 50 years of independence from British colonial rule, followed by a tumultuous post-independence era and 30 years of military rule. In 1999, the country returned to democracy and is currently headed by President Dr. Goodluck Jonathan.

3. Located in the centre of the country, Abuja replaced Lagos as Nigeria’s capital in 1991. Located on the Gulf of Guinea, Lagos is still the country’s biggest city with a population of around eight million people.

4. Nigeria is roughly split in half between the Muslim North and Christian South.

5. English is the national language of Nigeria and is widely used for education and business. Many speak Nigerian Pidgin, a derivative of English distinguished by its strong dialect and slang. It is believed that more than 500 languages are alive in the country today – the African languages of Yoruba, Igbo, Huasa and Kanuri are particularly prominent.

7. Colourful, kinetic and chaotic, fresh food markets are the perfect snapshot of Nigerian life. Be sure you bring your haggling skills along with your camera!

8. With an elephant population of more than 500, strong numbers of buffalo and bushbuck, and more baboons than you can shake a stick at, Yankari is Nigeria’s most beautiful national park. Admission costs ₦300 (camera permit additional).

9. Visitors to Nigeria are advised to take a number of vaccinations ahead of travel. There is a high risk of malaria in the country. Consult with your doctor several weeks before your departure.

10. One of the country’s most famous sons is Fela Kuti. The multi-instrumental musician and composer is renowned for pioneering Afrobeat music. The huge popularity he gained for his music and human rights activism saw more than a million people attend his funeral in 1997.

CheapflightsThe KNOWLEDGETen things you need to know about … Nigeria
We use technical, analytical and marketing cookies to help you with things like logging in and picking up your search where you left off.