With the Paralympic Games drawing to a close, the UK’s super summer of sport is reaching its conclusion.

It has been a summer that few of us will ever forget. London put on a spectacular Games, and Team GB and Paralympics GB delivered the performances of a lifetime.

The Olympic Games saw our biggest medal haul for generations, and Paralympics GB have already surpassed their medal target.

With the Paralympics finishing on Sunday, we’re sure to be left with an Olympic-sized hangover when autumn comes around.

The memories are sure to last a lifetime; not only for the spectators but for all the athletes involved in this most inclusive of sporting events. 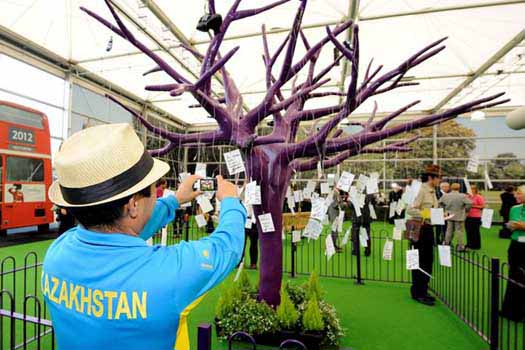 Every athlete at the Olympics and Paralympics has a story to tell and memories to share, as demonstrated by the Olympic Memory Tree at the Games Terminal at Heathrow Airport.

Athletes heading home from the airport after the Games were invited to write their best moments down and hang them on the Memory Tree, and hundreds jumped at the chance.

Now some of those memories have been digitised and put online, giving us a chance to see what the Games were like from the point of view of the athletes. You can see the athletes’ memories here. 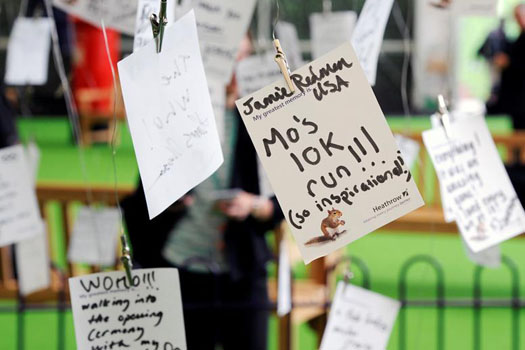 The athletes’ memories included everything from fellow competitors’ achievements to the volunteers and crowds who made the Games truly memorable.

Of course, the opening and closing ceremonies were a significant memory for many of the athletes, as they got to experience the spectacular shows before their eyes. 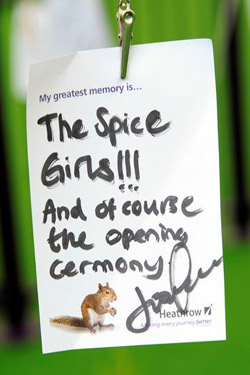 Walking out to a crowd of thousands with their teammates is an experience that few are likely to forget in a hurry, and if that wasn’t enough the Spice Girls made an appearance too!

All eyes are now turning to Brazil and Rio (Baton passes to Rio de Janeiro, host city of the 2016 Olympic Games), to see if they can top London 2012. Judging by the experiences and memories of athletes and spectators alike, it’s not going to be easy.

Read all our London2012 coverage:

You don’t have to break a sweat to win gold! Pan for it!

Get up close and personal with Olympians at Madame Tussauds

Oddest places to stay during the Olympic Games

Torch coral at The Deep – a natural Olympic Torch for London2012

Olympic mascots through the years [pictures]

5 things you didn’t know about the London Olympics

Getting around the Games

Arrive at the Games, Olympian style

Ways to avoid the Olympics in London this summer