Summer’s here and a lot of us will be heading to the beach at some point; the luckier ones might even be spending their summer sat under a palm tree in the Caribbean. Whether it’s the Maldives or Margate you’re going to need something to keep you occupied while catching the rays. It doesn’t matter if you’ve got a Kindle, an iPad or you’re sticking with the traditional paper and print, reading a good book is still one of the best ways to spend a relaxing few hours. We’ve picked out our top five books for women.

About a Girl – Lindsey Kelk 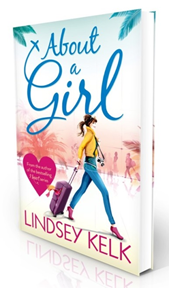 Tess Brookes is a girl with a plan for her career and her life but is forced to reconsider when said plan goes awry. After deciding her life isn’t working out, she takes on the life of Vanessa, her flatmate and ends up on a photography assignment in Hawaii.

The characters are easy to fall in love with (as with all of Lindsey Kelk’s other books) and anybody who loves the I Heart series of books will be hooked on this.

This is Dawn French’s second novel that has No.1 bestseller status, and by all accounts it’s a great one. Oh Dear Silvia tells the story of a woman who has fallen three floors from a balcony, is in a coma and is unable to speak.

The story unfolds through the countless visitors to her bedside and their recollections of her colourful life. A book that’s well worth the read and will keep you gripped throughout the entire story. 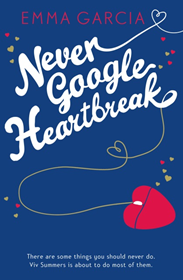 This is the first novel by Emma Garcia and it’s a huge success. Described as a “bittersweet, refreshingly honest and achingly funny romantic comedy”, Never Google Heartbreak tells the tale of Viv who’s trying to recover from having her engagement broken off for the third time by setting up a website for the heartbroken.

Going through the stages of grief (one of which involves vodka) she starts to realise that things won’t be bad forever. This is in a similar vein to Sophie Kinsella, Lindsey Kelk et al. so if chick-lit is your thing then this will certainly tick all the boxes.

Another of the big names in chick-lit, Sophie Kinsella’s Wedding Night is her latest work and tells the story of Lottie and her ex-boyfriend Ben who agree to get married if they are both still single when they turn 30.

Of course, not everyone is thrilled with their arrangement. This soon-to-be classic Sophie Kinsella will have you laughing and crying in equal measure while you’re topping up your tan.

This is the follow-up to the hugely successful The Devil Wears Prada and again focusses on Miranda Priestly and her intervention in Andy and Emily’s lives. This is a must read for anybody who is a fan of the first one and wants to see more from Miranda. Andy and Emily both work together on a hugely successful bridal magazine and Andy is about to marry the love of her life but clearly, Miranda has other ideas.

This is a book that will keep you gripped from cover to cover, and it’s very likely it’ll make the journey to the big screen. The ending will keep you guessing too…

So there it is, five books to keep you entertained and enthralled this summer.

(Our featured image is by Simon Cocks)

2012 may be over, but there’s still still plenty of partying in England