There’s nothing quite like the thrill of spending a penny in a public loo. But what about keeping your belt done up and doing something a little more cultured?

Public toilets around the UK have been closing at an increasing rate thanks to government insistence on budget cuts. On the plus side, councils have been selling off these WCs to all sorts of proprietors who are certainly making the most of their unusual new venues.

Let’s take a look at the best loos in the UK, those still in use and those that are all together something else.

Converted toilets where you can drink and dine:

A swish jazz venue serving exceptional cocktails, you say? On first mention, it’s hard to believe that Bermondsey Arts Club used to be an enclave of public toilets, but once you espy the white wall tiles and original black-and-white chequered flooring amongst the mood lighting, it’ll all come flooding back.

Located on Great Bridgewater Street, The Temple is a popular yet tiny stalwart of Manchester’s music scene, and one of the earliest conversions on our list – back in the day, it went by the more overtly toilet-related name Temple of Convenience. If you descend its still-tiled staircases, you’ll find one of the best beer selections in Manchester and a lively atmosphere, particularly when a band is on.

The WC in question used to be the toilets attached to Clapham Common tube station. Nowadays these letters stand for the much more refined Wine & Charcuterie. For those wondering, that means you can expect booze made from grapes and little cuts of meat.

The pretty coastal town of Sheringham has this charming little cottage in the location of the old seafront toilets. Locals refer to it cheekily as “The Wee Retreat”.

Cellar Door has a reputation for burlesque attractions that evoke cabaret days of yore. Combine that atmosphere with live music acts each night and lip-smacking cocktails, and you’ve got yourself the most appealing former toilet in all of Theatreland.

We're doing a show in a toilet block. THE MOST BEAUTIFUL TOILET BLOCK EVER #EdwardianCloakroom http://t.co/TcP8c9V8Yj pic.twitter.com/HGoPk1hOzn

This hip gallery space in Bristol almost certainly has the closest visual resemblance to its former purposes. The Edwardian Cloakroom hosts all sorts of unusual art exhibitions, as well as vintage clothing sales in keeping with its name.

We got what you need.. pic.twitter.com/G61Grh4alC

The Attendant’s barstools positioned in-between porcelain urinals makes for a clear reminder for patrons about the not-too-distant past of this popular cafe and restaurant. The original toilet attendant’s office itself is now where the kitchen resides.

Toulouse. Get it? At Westcliff-on-Sea, Essex. Photo: toulouserestaurant.co.uk

The rather puntastic name of this restaurant in Westcliff-on-Sea in Essex also manages to add a smidgen of French class. Accordingly, the food and service at Toulouse has had overwhelmingly positive reviews all round since its inception.

Huge thanks to everyone who came down to opening weekend. See you all again VERY soon for more #delicious #cocktails pic.twitter.com/TwDNkFY5PR

The name Ladies & Gentleman is another toilet-based pun that actually manages to sound classy. The establishment itself is also pretty refined, as it happens, what with their very own copper still to distil their own spirits.

The Convenience. Now. And as it was. Below. Photo: facebook.com/The-Convenience

The conveniently-named Convenience has a roof garden for those customers who prefer not to sit amongst all the original urinals on the inside. During the day, the venue offers cosy café meals, while the evening brings with it beverage-fuelled bar revelry.

Another great new use of some public toilets near the sea is the new fish restaurant in Aberystwyth in Wales that’s due to open this year. Although the location is all about guaranteeing the freshest and best fish available, if you actually need to use the toilet when you visit Pysgoty, you’ll have to go 50 yards down the road because all the old toilets were completely removed. You could say it was a total refur-fish-ment… Or not, if you don’t enjoy shamefully terrible puns.

BOOK YOUR TABLE now @Rest_Story. Incredible @tomsstory food & the 1st place in the world to feature the BUSTER bulbs pic.twitter.com/MitGlaY0cg

A Michelin-starred restaurant on the site of a former toilet – who could have imagined such a thing? Story is one of the hottest restaurants in London, and that’s no mean feat. It’s actually best to book a table months in advance. The food’s so good, you’ll want to lick the bowl…

@lbc973 Nipper Alley, Kingston, where the HMV dog is buried, and home of the Toilet Gallery http://t.co/fVtYtIJDOq pic.twitter.com/nUEqEU1eI6

Opened in 2003 by infamous long-time art duo Gilbert & George, the lazily-named Toilet Gallery is an attractive oddity in Kingston-upon-Thames out on the outskirts of south west London. Fun fact: the gallery is on the same street where the original HMV dog is buried.

The Cafe on the Square is a popular cafe at the heart of the Sea Mills community in Bristol. Not only do the staff offer the hot cuppas and snacks one might expect, but they also host various community events and meetings that ensure these former toilets are frequented more than ever.

Real loos you can use:

This Wembley toilet is so fancy that in 2014 it was in Design Curial’s list of the ten most beautifully-designed public toilets in the world. We just like how it lights up at night, baffling those who walk by into assuming it’s some sort of art installation.

This a public pop-up toilet ,it emerges an 10pm and disappears at 3am. To prevent alcohol-induced public urination. pic.twitter.com/9BCsiXvQf0

These pop up metal urinals can be found all over the place. They’re sneakily erected by an attendant in areas that are always busy at night, before they return in the early hours to make the Urilifts disappear into the ground again. We’re pretty sure the idea was nicked from Gremlins 2 (they’re dead ringers for Mr Clamp’s escape hatch from his skyscraper), but that just makes them instantly cool.

Blimey posh toilets at Gatwick Airport. Each urinal has a sink, mirror and hand dryer pic.twitter.com/Abmbo6P7RY

We just had to add these remarkably plush toilets in London Gatwick Airport’s South Terminal. It’s simply the height of decadence for every urinal to have its own individual sink and hand dryer, not to mention brick privacy walls. You don’t even need to pass security into the departures lounge to make use of them.

And these that are functional and NOT fabulous:

When it really comes down to it, London’s Soho has always been a hovel for reprobates and debauchery, and, as you’d expect, it’s buzzing on a Friday night. Its cramped alleys and limited space have forced some lateral thinking for those wishing to combat the streams of partygoers that run up and down the pavements. Enter the most depressing urinals imaginable. These monstrosities are essentially portable four-sided hydrants, where those making use of its plastic catch-alls grimly avoid each other’s faces while passers-by avert their eyes. They really ought to be on London postcards!

Cool loos you can use: Top 10 public toilets worth talking about

Loo, john, commode, porcelain god, toilet — whatever you call it, we all need one at some point during our...
Melisse Hinkle 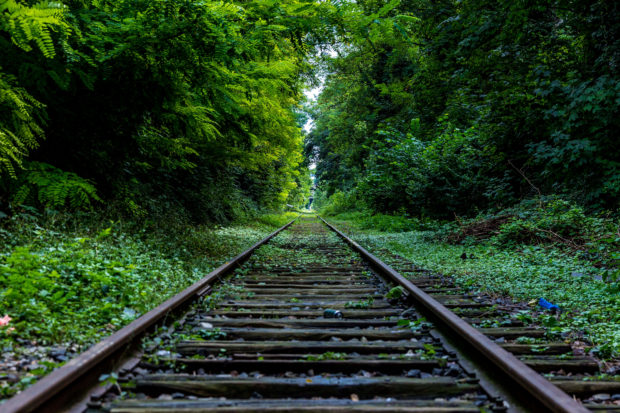 Real or fake? How well do you know the world’s public transportation stops?

So, you think of yourself as a travel buff? Reckon you know the countries of the world inside and out? What about the...
Tomas Dano

CheapflightsQuirky TravelThings to do in Britain’s most fabulous public loos
We use technical, analytical and marketing cookies to help you with things like logging in and picking up your search where you left off.