Across The Pond last night (Sunday, 10 June) the 66th Annual Tony Awards took place. Our very own James Corden (of “Gavin and Stacey” fame) picked up the Best Actor Tony Award for “One Man Two Guvnors”.

The Tony Awards are a celebration of the best theatre to hit the Broadway stage this year. To pay homage to great performances – in musicals, plays and more – we’re offering our own critics’ picks for the top 10 cities in the world for live theatre.

Four hundred years after William Shakespeare wrote his timeless plays, London is still the beating heart of theatre in the United Kingdom. Not-to-be-missed plays and long-running musicals such as Les Miserables, Jersey Boys and The Lion King are staged in the bustling West End. For a throwback to the days of yore (buy a groundling ticket for the best experience), theatre-goers catch shows in the South Bank, home to the National Theatre and the wonderful, reconstructed Globe Theatre (the original burnt down in 1613, during a performance of Henry VIII). 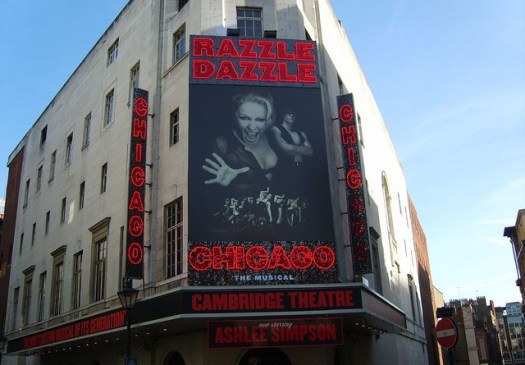 The ancient Scottish capital has entertainment of all kinds to offer, but most people know Edinburgh as a theatrical haven – in particular, for its annual Fringe Festival. For three weeks every August, thousands of performers take to numerous stages to deliver performances of every kind. Comedies, musicals, operas and performance art are undertaken by famous and anonymous thespians alike. Fifty-plus years in, the Fringe Festival has become synonymous with the city. 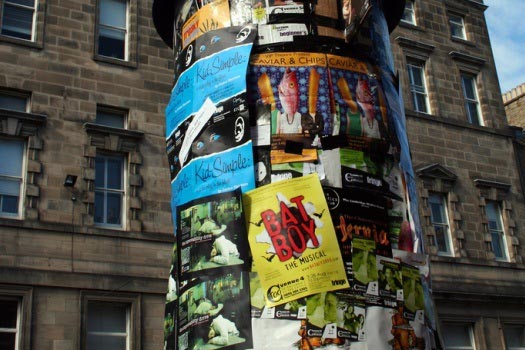 Lovers of plays and musicals will find thrills from Paris’ theatres’ exteriors, not to mention the performances taking place inside. Opera Garnier – situated in the 9th arrondissement – is an architectural wonder, and the inspiration for the novel-turned-musical The Phantom of the Opera, penned by Andrew Lloyd Webber. 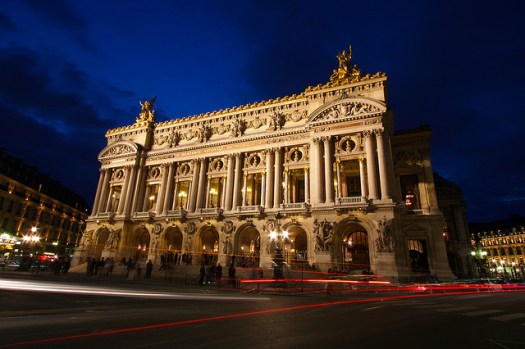 Everything in Vienna is grand, and its theatres are no different. Whether it’s an operatic performance at the magnificent Theater an der Wien or a modern play at the English Theatre, the oldest English-language theatre in Continental Europe, audiences are bound to get their euros’ worth. Vienna’s Burgtheater, which features a rotating stage and staircases painted by Gustav Klimt, is also a must-visit. If you don’t have time for shows at each, take a guided tour – with camera in tow – for a close-second experience. 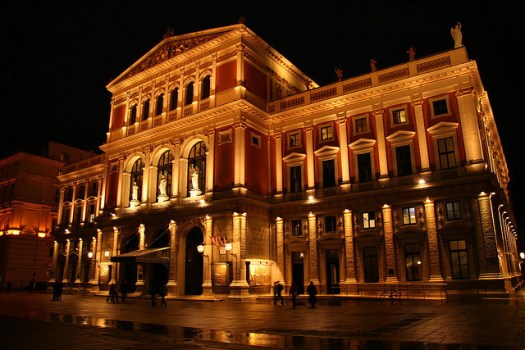 Nearly every aspect of Western theatre is rooted in ancient Greek drama, from costumes to scenic design to plot structure. Thousands of years later, theatre remains a pillar of culture in Greece. Athens alone has more than 148 theatre stages, more than any other city in the world. Greeks and visitors alike take in shows at the Odeon of Herodes Atticus – located on the south slope of the Acropolis – from May to October annually, during the Athens Festival. 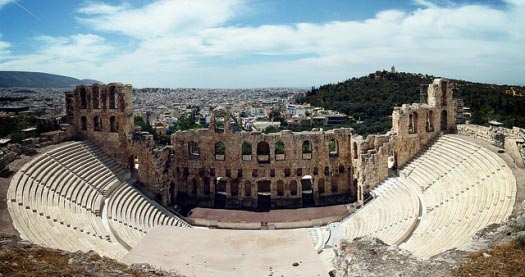 Anyone who has stood under the bright lights of Times Square knows just how magical New York’s theatre scene truly is. The planet’s most talented actors, dancers, singers, directors, playwrights – need we go on? – set their sights on the Big Apple when it comes to showcasing their artistic abilities. From Sondheim’s musical masterpieces to The Public’s Shakespeare in the Park series (“As You Like It” is running now) to Downtown’s lesser-known, stellar playhouses, New York’s live theatre options are endless. Search and compare cheap flights to New York. 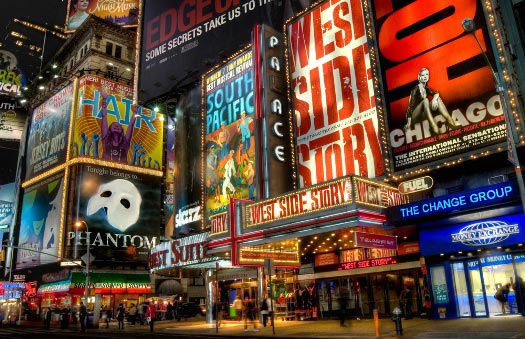 The Second City holds its own against its East Coast rival, New York, thanks to a bevy of cultural offerings. Topping that list: theatre. Chicago’s downtown, also known as The Loop, packs internationally renowned spaces – such as the Goodman and Chicago theatres – into a historic multi-block-radius that’ll impress any drama lover. Further uptown, comedians put on side-splitting performances seven days a week at comedy and improvisation clubs, including the one-and-only Second City, where Tina Fey, Steve Carell, Stephen Colbert and other hilarious stars got their starts. 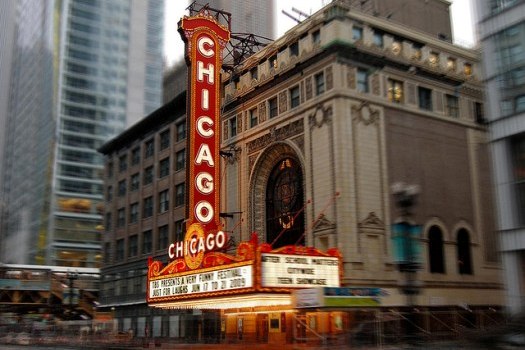 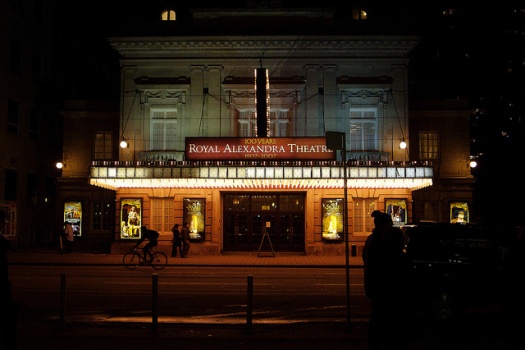 The unique pulse of Buenos Aires is wonderfully evident on stages across Argentina’s capital city. A melting pot of local and international arts events, the city offers some of the best dance, theatre and music performances in the world. Get tickets to an experimental play at the Belisario Club de Cultura or tap your toes along with flamenco, ballet and tango interpretations at the major Centro Cultural Borges. 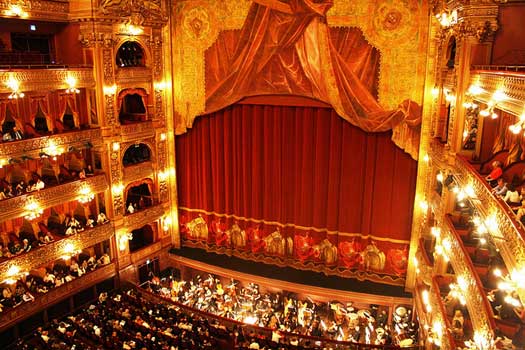 Chinese playwrights have managed to create powerful masterpieces over the years while maintaining the tricky balance of placating government censorship. A major step forward, Beijing opened the gorgeous National Centre for the Performing Arts in 2007, which features opera, music and theatre performances. Visitors looking for a taste of the traditional may want to catch an acrobatics show at the Tianqiao Acrobatics or Chaoyang theaters, where gymnasts and acrobats balance, jump and spin through the air, defying gravity and bringing audiences to their feet. 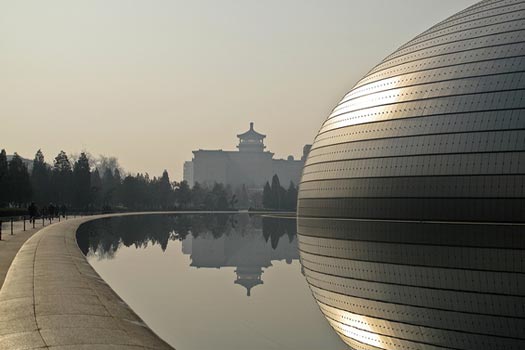 Anything cheerier than a balloon festival? We don’t think so [PHOTOS]

The partiest hotels in the USA – 6 of the best