According to a survey of 3,000 British adults, one in five has seen a ghost and 66 per cent believe in life after death. Most of us would shy away from going anywhere ghosts are known to roam whereas others actively seek out haunted places in the hope of running into one of its spooky inhabitants.

If you’re on the search for some paranormal activity why not visit the top most haunted places in the UK?

This cemetery is the resting place of Karl Marx and has been likened to a scene from a horror movie with its crooked and dilapidating headstones. Many of the tombs are covered in ivy and there are lots of overgrown passages in between. It’s not difficult to see why this place is Britain’s number one ghost spot.

This building was destroyed by fire in 1939, but that hasn’t put off the ghosts! The famous 18th century ghost hunter, Harry Price, was responsible for many of the stories. He came to investigate after someone said they had seen a phantom nun in 1929. After the investigations the rectory ended up being called the “The Most Haunted House in England”. 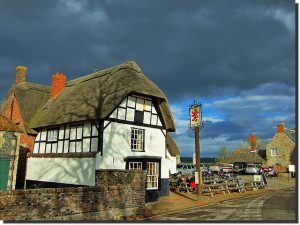 Many pubs in Britain are said to be haunted and this could be due to most of them being centuries-old buildings. The Red Lion Inn is more than 400 years old and is one of Britain’s most haunted pubs. The pub is situated in an unique area as it’s surrounded by the Avebury Stone Circle, a World Heritage site and the largest stone circle in Europe.

Pendle Hill dominates the area known as “Pendle Witch Country”, which is where the most famous and most gruesome witch trial took place. In 1612, ten alleged witches were hanged at Lancaster Castle and locals believe that they still haunt the area. The hill was even featured on the TV show, Most Haunted.

This inn is exactly how you would picture a haunted house. Its creaky floorboards, a musty smell and dark hallways are stereotypical of a such a spooky establishment. There are many stories surrounding this house such as murder, Satanism, child sacrifice and that’s just the tip of the iceberg! It’s also apparently built on a pagan burial ground.

This tourist attraction is one of the most popular in London and is also quite popular with the dead. There have been so many hangings, beheadings and tortures that it’s probably not surprising that some out-of-the-ordinary activity would take place. The Princes in the Tower are some of the most often seen ghosts and it is alleged that they were murdered by their uncle, Richard III. 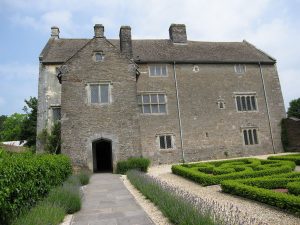 Many spirits grace the manor with their presence. It’s said the ghosts are those who died in the Civil War, which was fought there. There have been strange happenings reported in almost every room of the manor such as things being seen, felt, heard and sometimes even smelt! The scent of violets and lavender has been known to waft through the establishment.

The last ever battle to take place on British soil was fought here on the 16th of April 1746. Every one of the Jacobite rebellion was killed and it’s said that every year (on the battle’s anniversary) that war cries can still be heard as both sides battle on in the after world.

The White Lady and the Blue Lady live in this 14th century castle. The White Lady is alleged to be the spirit of Margaret Pomeroy who starved to death in the dungeons. Where she died is where she now haunts. The Blue Lady wanders all around the castle and tries to get visitors to follow her.

This guest post is by Suzanne Southall from Travel Addict and hungryhouse, the UK’s leading online takeaway platform that features restaurants across the country including Glasgow, Manchester and Nottingham. Just visit the website and order delicious cuisines such as Thai, Chinese and Italian.

The Japanese love cherry blossoms so much they have a word dedicated to the act of appreciating them - hanami. Here are the best places in the world to indulge in some hanami.
Brett Ackroyd

Top 10 haunted locations around the world

CheapflightsActiveTop 10 most haunted places in the UK
We use technical, analytical and marketing cookies to help you with things like logging in and picking up your search where you left off.