“Beer, if drank with moderation, softens the temper, cheers the spirit and promotes health.” Wise words from former US President Thomas Jefferson, and three perfectly good reasons to drink beer. I wonder did he ever get to Oktoberfest?

In honour of the German celebration, we’ve created a worldwide boozing brewery bucket-list; from the smallest, to the most remote, to the weirdest…

It’s only right to start our trip in Germany, the home of beer. It all began in a Bavarian monastery in the 8th century, when monks at Weihenstephan Abbey received tithes from a hop garden.

A brewery was first licensed in 1040 – the founding date of the modern brewery, now called the Bavarian State Brewery Weihenstephan.

Brewing pale lagers and wheat beers, its strongest tipple is 10.5 per cent.

Is that a hair in your pint? This Oregon brewery was certainly looking for something different when dreaming up a new flavour. The story goes that a lab technician, looking for a new source of yeast, swabbed an employee’s beard for a laugh.

Turns out the beard, being grown since the ‘70s, had plenty of brewable yeast, so they cultivated it and made a beer called Beard Beer. The ingredients are simple: water, barley, hops and beard yeast.

The most remote brewery – Easter Island

This famous island is already on many a traveller’s wish-list, and now giant face statues are just one reason to go there.

Any trip to this remote South Pacific island should be celebrated with some local Mahina beer. The pale ale and stout are made under a full moon using an ancient recipe – and it’s also the island’s first ever export.

Arguably one of the most famous pints in the world, Guinness only exists because of a divine intervention by God (sort of).

When Arthur Guinness’s godfather, the Archbishop Rev Arthur Price, died, he left young Arthur £100 in his will.

So Arthur spent it on drink – setting up his Guinness brewery in Leixlip, Co Kildare. Three years later in 1759, he relocated to Dublin. It’s now Ireland’s top tourist attraction.

However, if you want a genuine religious experience at a brewery head to a Trappist abbey in Belgium, Netherlands, Austria or the States. A genuine Trappist beer must be made within the walls of the abbey either by the monks or under their supervision. The income generated covers their living expenses and the upkeep of the abbey.

Formerly an outhouse, now painted blue and looking a bit like the Tardis, this Welsh wonder brewery is recognised by the Guinness World Book of Records as the smallest commercial brewery in the world, at about five squared feet.

Nine gallons of ale is produced fortnightly, exclusively for the next-door Tynllidiart Arms.

The brewery is closed at present while they search for a new brewer. This could be the best job in the world…

Not high in a geographical sense! This beer required a change of law in Germany, so that hemp could be grown for use in brewing.

A blend of organic Pilsner and hemp, Dupetit Natural Products has been brewing Cannabia since 1996 in a town called Neunkirchen (between Frankfurt and Nuremburg) but it’s sold in many countries including England, France, Holland, Poland and Japan.

Using local resources makes sense – so these guys make beer with melted ice from a 2,000-year-old iceberg. The ice forms part of Ilulissat Isfjord and is the largest fjord in the northern hemisphere.

They only take ice that has broken off into the sea which is then collected by local fishermen. They brew seven different kinds of Ice Cap Beer.

Chile’s Patagonia beats Invercargill in New Zealand by a whisker to be the brewery at the bottom of the world.

Chile’s love affair with beer began when a German settled in Patagonia in 1896, to provide the colonists with a taste of home.

José Fischer called the beer Patagona and it’s been going strong ever since under the new name of Austral.

Two breweries can be found on the island of Oahu in Hawaii – beating the Alaskan breweries by a whisker to be win my westernmost brewery accolade.

Self-described as ‘Hawaii’s Original Beer’, Primo Brewing and Malting Company was established in 1914, although the beer was first brewed in 1897. The company stopped trading during Prohibition, but started up again in 1947.

Go back over the International Date Line, and you’re in Fiji. Quench your tropical thirst with Vonu beer made by Paradise Beverages, which also raises awareness of the green turtle, or ‘vonu dina’. The makers describe this tipple as “pure Fiji rainwater turned into beer”.

It’s fitting that the world’s largest single-site brewery should be in Golden Colorado.

Founded by Adolph Coors in 1873, the Golden site brews and packages 11 million barrels each year.

Running almost year round, the self-guided tour includes a 30-minute amble through malting, brewing and packaging processes and a visit to the “fresh beer room” where visitors (age 21 and older) can sample a cold beer while sitting on ice-cube benches in a refrigerated room.

Head to Galway for the end of the Volvo Ocean Race

Top 10 sunrises around the world 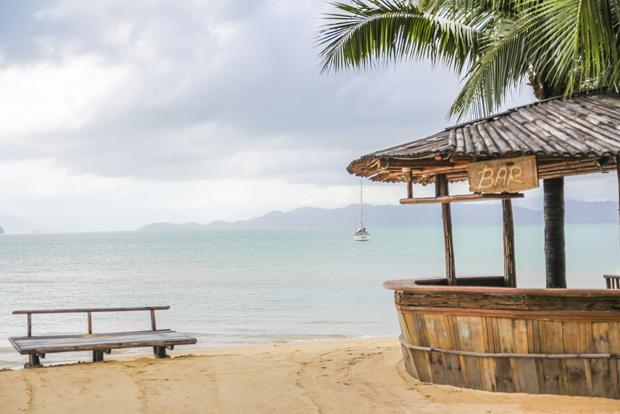