There are lots of things that contribute towards making a great city, from the cafes to the nightlife, the people to the architecture.

Yet one thing that can make or break your enjoyment of a city getaway is the taxis. In a foreign city, the public transport system can be confusing to say the least, so we often rely heavily on taxi drivers to get us from A to B.

Now the world’s best taxis have been revealed in a survey by Hotels.com, with our very own capital city coming top of the pile.

London cabs have been named the best in the world for the fifth year in a row, beating the likes of Tokyo, Shanghai and even New York’s famous yellow taxis. 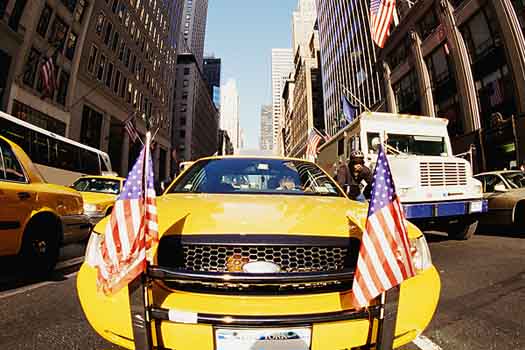 London came top in five of the poll’s seven categories, with black cabs named best for cleanliness, knowledge of the area, quality of driving, friendliness and safety.

The final two categories, availability and value, were won by New York and Bangkok respectively.

The top five was completed by Shanghai in fourth place and Bangkok in fifth, with 4.8 per cent and 4.3 per cent of the vote respectively.

“It is great news for London to be the home of the best taxis for the fifth year running,” said Alison Couper, Senior Director of Communications at Hotels.com.

“London’s iconic black cabs are recognised around the world as being the highest quality and it’s due to the impressive expertise of London taxi drivers that they’re seen to have the best local knowledge compared to any other city in the world!”

It makes you feel all patriotic, doesn’t it? All hail the London black cab!

Waiting to board with … The Travel Hack

How to cross the street in Vietnam

Top 5 nude beaches around the world