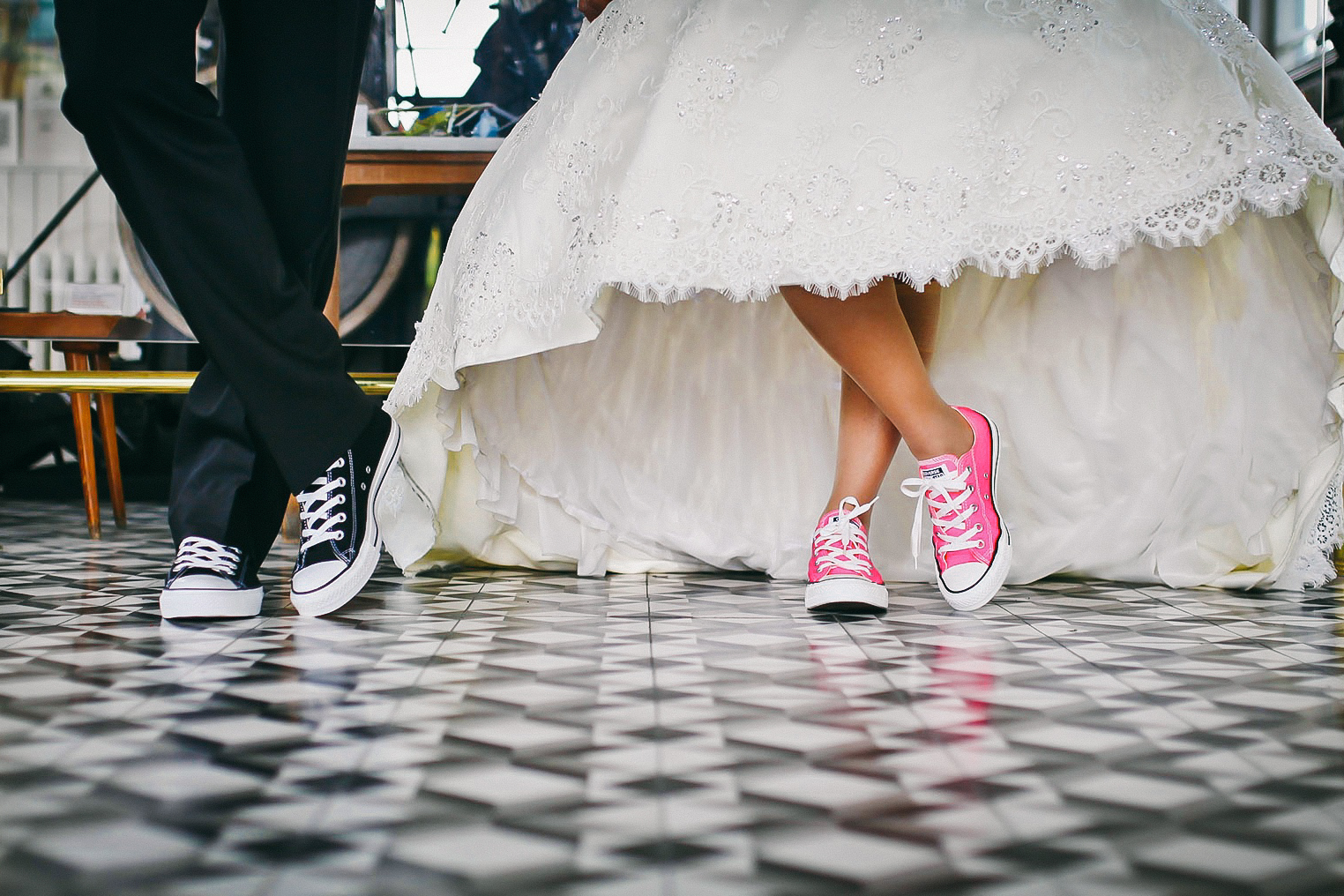 So, you’re goin’ to the chapel and you’re gonna get married? Well, why not give your nuptials a touch of that quintessential Vegas flair? Getting hitched in the United States’s hedonism headquarters originally gained popularity largely due to the lax rules around snagging marriage licenses in Las Vegas. And while this wedding experience may not be for all the affianced out there, when it comes to the venues that play host to Vegas vows, there really is something for (almost) every kind of couple. Beyond the variety, getting married in one of Sin City’s iconic chapels can be very affordable. So, whether you’re in the market for a last-minute, drive-thru (seriously) wedding, a ceremony in one of The Strip’s most historic settings, or an Elvis-officiated affair, bet it all on one of these 13 Vegas chapels.

1. For duos on cloud nine: Chapel in the Clouds at the Stratosphere Casino, Hotel & Tower

We’re pretty sure this is the place where love soars to new heights. Seal the bond with your betrothed more than 840 feet above The Strip at one of Chapel in the Clouds’ sky-high venues. Your wedding can be inside the Bella Luna chapel featuring panoramic windows with views of Vegas and the surrounding area. Take it up another notch by getting hitched on the indoor or outdoor observation deck, or the private balcony on Level 112. You can even tie the knot while riding one of the Stratosphere Hotel’s crazy rooftop thrill rides – the faint of heart need not apply!

A wedding at one of the Stratosphere’s indoor chapels (Image: bjornb used under a Creative Commons Attribution-ShareAlike license) Getting hitched high above The Strip on the Stratosphere observation deck (Image: sadsnaps)

2. For hopeless (Renaissance) romantics: The Chapel at Excalibur

Don your best Renaissance-period apparel (don’t worry, it’s all right there to rent on site), grab your knight in shining armor and seal your bond of matrimony with a medieval-style wedding at The Chapel at Excalibur. This is the same Vegas castle-esque hotel where you can dine caveman-style (we’re talking no utensils) at the Tournament of Kings joust. Exchange vows with your prince or princess in a venue that will transport you and your guests straight back to the Middle Ages.

Its name translates to “The Little Chapel of the Lucky Flower,” and this wedding venue has reportedly been quite lucky for generations of couples who have walked down its aisle. Having opened in 1940, the Wee Kirk o’the Heather Wedding Chapel is known as the oldest operating wedding chapel in Las Vegas. With everything from simple ceremonies to elaborate weddings on the menu, and a convenient location right on The Strip (just two blocks from the Marriage License Bureau), the chapel is a perfect pick for any couple seeking a little classic Vegas charm.

4. For happy history-lovin’ couples: The Little Church of the West

The Little Church of the West may have opened its doors two years after the Week Kirk o’the Heather Wedding Chapel, but the history it holds is arguably unmatched as far as Vegas wedding chapels go. Having played host to plenty of celebrity weddings (think Betty Grable, Judy Garland and Richard Gere – to Cindy Crawford, no less), this chapel is the single building on The Strip that’s part of the National Registry of Historic Places. Though it has been moved three times in its lifetime, the venue has retained most of its original features as required by its place on the Registry.

5. For fools who rush in: Graceland Wedding Chapel

Grab your hunk-a-hunk-a burnin’ love and head over to Graceland Wedding Chapel where none other than The King himself will grace you (see what we did there?) with his presence. Yep, this is the place where you can have an Elvis impersonator do everything from walk the bride down the aisle to entertain guests with famous tunes. If you’re renewing your vows, an Elvis lookalike can even perform your ceremony. Graceland offers other wedding packages, too, but who can pass up this decidedly Vegas experience in the chapel that was reportedly home to the very first Elvis-themed wedding in Sin City?

6. For fired-up fiancé(e)s: “Shotgun Weddings” at The Gun Store

Take that shotgun wedding to a new level by saying “I do” at this chapel situated inside a gun shop. Here, couples can tie the knot, then take a shot on an indoor shooting range (with one of 60-plus different types of firearms) via the store’s aptly named “Shotgun Weddings.” For a more private wedding experience, duos can reserve one of the store’s VIP ranges. This gun-themed wedding venue also serves up the opportunity for newlyweds to bear arms as they pose for their wedding pics.

Your guests will be rockin’ all night long when you exchange vows concert-style at the “Hotter than Hell” Wedding Chapel. Inspired by American hard rock band KISS, this concert-stage-meets-wedding-chapel, modeled after one of the band’s album covers, features everything from fog machines to theatrical lighting. Brides can rent a wedding gown and boots at the chapel, and couples have the option of getting concert ticket-like wedding invitations created by the venue to send to guests. For the full hard rock experience, spring for a KISS co-founder Gene Simmons lookalike to officiate.

8. For nostalgic newlyweds: Chapel of the Bells

Having played host to more than 50 years of marriages and many ceremonies for couples who return year-after-year to renew their vows, the Chapel of the Bells conjures more than a bit of wedding nostalgia. Convenience is the cornerstone of this wedding experience: One of the chapel’s chauffeurs will pick you and your beloved up, drive you to get your marriage license, then bring you over to the chapel where you’ll be greeted by classic Vegas wedding touches, including a white baby grand piano.

9. For the match on the move: Las Vegas Wedding Wagon

Where: Probably cruisin’ The Strip!

It may seem no one is on the wagon in Vegas, but this mobile chapel might just be redefining that phrase. The Las Vegas Wedding Wagon brings your wedding to you. Outfitted with an altar featuring LED lights, flowers and lavender curtains, the Wagon will transport your ceremony to the Vegas locale of your choice (provided all necessary permissions are in place), and comes complete with an officiant, photographer and witness. And the price is right: Weddings start at just $129.

Viva Las Vegas’ unofficial motto says it all: “If you can dream it, we can theme it.” Debating between a gladiator- or pirate-themed ceremony? Well, both are options here. This very Vegas venue goes well beyond Elvis-inspired to-dos, dishing out more than 30 different wedding themes as well as traditional ceremonies and, of course, Elvis-officiated affairs. And if you’re not digging any of these packages, the staff will create a custom theme for you and your beloved. The venue also serves up a variety of other chapels beyond its Main Chapel, including a Doo Wop Diner Chapel complete with root beer floats and plenty of 1950s-style memorabilia.

Any couple can walk down the aisle at the Gay Chapel of Las Vegas but, as its name suggests, this gay-owned venue specializes in same-sex ceremonies. Choose your chapel type, such as the classic main chapel or the romantic garden or gazebo chapels, and select from a long list of wedding themes including Elvis-, Camelot-, or intergalactic-inspired affairs — all in the venue’s self-described welcoming atmosphere. Previously, this chapel was only able to host commitment ceremonies for LGBT couples, but with same-sex marriage getting the (legal) green light in Nevada in late 2014, full weddings are now a go for any betrothed pair.

Same-sex sweethearts may want to consider the Gay Chapel of Las Vegas for their nuptials (Image: purplesherbet)

12. For the wannabe-famous affianced: The Chapel at Planet Hollywood

Stars in your eyes? Maybe a little Hollywood glamor is your best bet for a Vegas wedding. Walk down the red carpet, er, aisle in a venue that’s fit for a celebrity. Even Elvis himself married his bride Priscilla here at The Chapel at Planet Hollywood in 1967 when the hotel went by its former name – the Aladdin. With modern-day details like marble flooring, glass art by Dale Chihuly, rose petals and candles, you’re sure to feel like the rich and famous saying your “I dos” in the lap of luxury. Pass the bubbly, please.

13. For backseat beaus: Tunnel of Love at A Little White Wedding Chapel

Push your love into high gear at this chapel where you don’t even have to get out of your car to make it official. Just roll right up to the drive-thru wedding window for a ceremony that’s sure to rev any engaged pair’s engine. Originally created to better serve people with disabilities, the Tunnel of Love has now become a Vegas novelty where you can ride off toward your happily ever after in everything from your own Harley to the drive-thru’s vintage pink Cadillac — all beneath a ceiling of painted cherubs and twinkling lights. 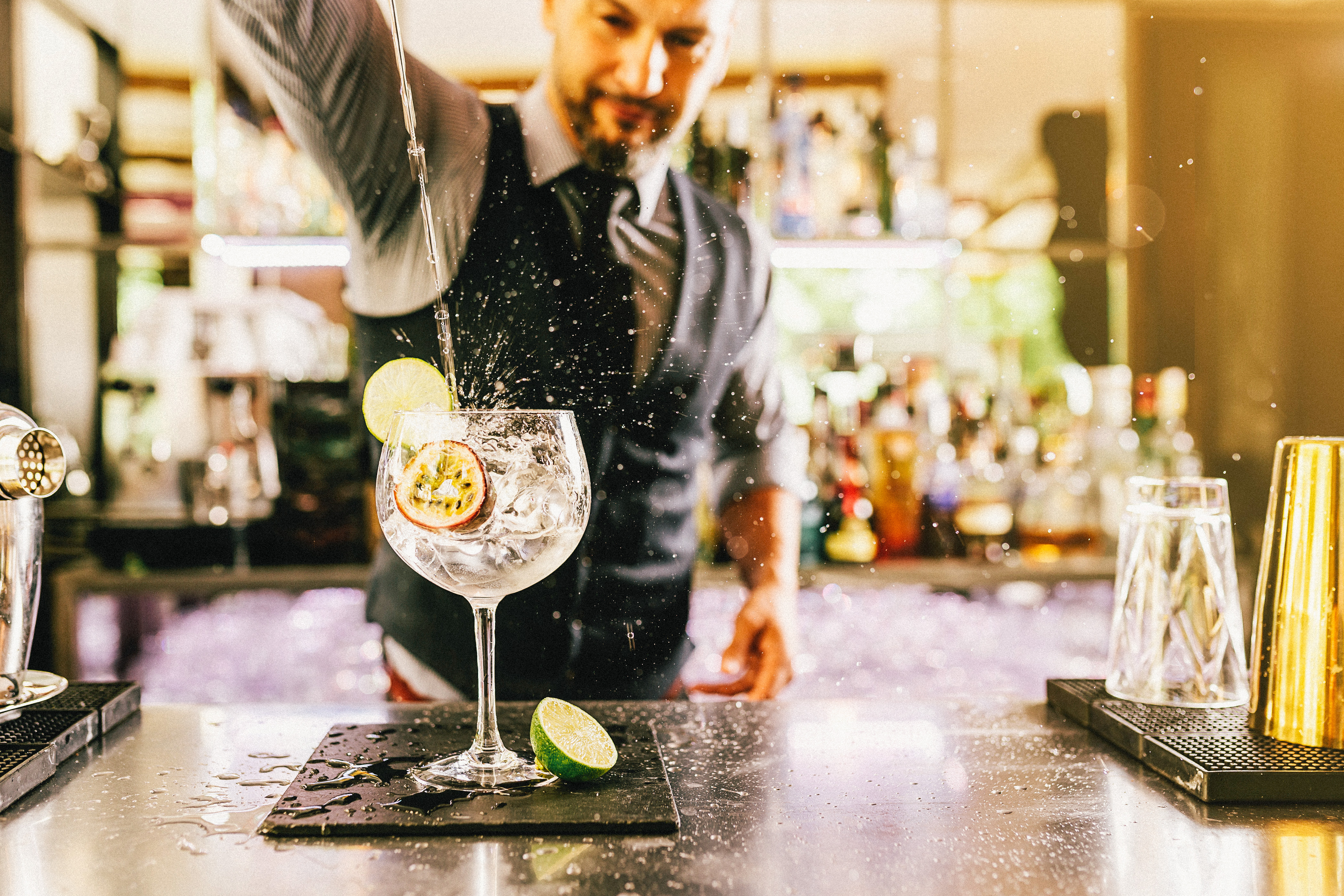 Where to drink for free in Las Vegas

People say there’s no such thing as a free meal, but what about a free drink? For those who prefer...
Elizabeth Gourd

Best Places to Drink for Free in Vegas

Search flights to Las Vegas   People say there’s no such thing as a free meal, but what about a...
Elizabeth Gourd

We listed Instagram's top locations for 2013; now we're showing which cities made the top 10:
Oonagh Shiel

CheapflightsRomantic13 Las Vegas Chapels to Suit Every Couple
We use technical, analytical and marketing cookies to help you with things like logging in and picking up your search where you left off.