“I am the god of hell fire!” screamed Arthur Brown in 1968, in his horned flaming helmet. We’re pretty sure you’ll hear his song “Fire!” at several of the fire festivals for pyromaniacs we have listed below. It’s only right and natural.

We’ve listed them in chronological order for you because we’re helpful like that.

A tradition that started in the late 19th century, Up Helly Aa is a pyromaniac procession marking mid-winter that culminates in the burning of a Viking longboat.

Events take place in around ten locations around the Shetland Islands, but the main event is in Lerwick. If you’re looking for something on the Scottish mainland, the smaller Burning of the Clavie takes places in Burghead on January 11th each year.

The mountain town of Telluride is popular with skiers in winter, and in the middle of all the snowy fun is a touch of fire. The Telluride Fire Festival is three days of free flaming fun featuring workshops, art installations and performances from experienced pyromaniacs.

It’s all for the best though as the ashes are supposed to help ward off illnesses during the coming year. Oniyo has been going for around 1,400 years so it must be working.

This fire festival held in Nozawa Onsen is based around large groups of 25 and 42-year-old men getting drunk on sake and throwing burning things at each other.

It sounds a bit crazy, and most attendees would probably agree with you. Either way, this wintry mountain town is popular all year round due to its ski resorts and hot springs.

Burning a mountain is every pyromaniac’s dream, and it comes true each year in Jeju, the volcanic island off the South Korean mainland.

It all helps the crops apparently, but is basically an excuse for a good knees-up in an accurate simulation of the Apocalypse.

The difference with this larger festival is that local participants are supposed to spend days, sometimes months, to build detailed trinkets and idols out of food and any other material that might come to hand.

These are all insensitively burned to a cinder in a ceremony known as kenka.

The ever popular Las Fallas in Valencia starts with a pretty carnival of beautiful and ornate floats. As proceedings continue and night falls, all the elaborate displays and creations are ignited, much to the delight of the baying pyromaniac audience.

Eventually fire-fighters always have to step in to stop things getting out of hand.

FLAME stands for Flow Arts Movement Exchange, but as the acronym implies, the flow arts concentrated on here are those involving chucking fire around.

Scotland’s capital has been hosting this very popular fire extravaganza since 1988 when some community-minded pyromaniacs decided to reimagine the spirit of the ancient Gaelic festival of Beltane.

Fahrenheit is aimed at people wanting to learn fire-based flow arts, so come along if you want to improve your poi.

The capital of Ukraine’s annual celebration of burning things has been delighting audiences every year since 2007. There is a large one-day performance for the public, which is part of a three-day camp for the hardcore flame purists.

Waterfire is an unusual mix of, as the name suggests, water and fire that’s held in a few select places including Sharon.

The show revolves around a series of fireballs that float softly down a river while music plays in the background. Something for both art and arson fans then.

Known in Japan as Yoshidanohimatsuri, this fire festival involves a long procession of burning torches in a busy modern town. With Fuji as a backdrop, the landscapes for this fire fest are blazingly good.

This German gathering of firelovers is all about burning big phoenix effigies. You can find out more at the Phoenix Convention Facebook page.

The notorious hippyfest Burning Man lives up to its name with the immolation of a huge effigy built especially for the festival. There isn’t much else to do in the middle of the Black Rock Desert, so plenty of other art displays seem to end up involving fire too.

Throwing things at other people is always fun, and that seems to be true even when fire is involved. Head to Nejapa for the last day of August if you want to see this for yourself.

We’re not entirely sure this is happening yet as the inaugural event only recently happened and there were some teething problems.

But 30,000 people did turn up to watch the flaming boats floating down the Chicago River and with that much interest and a few lessons learned this year, we reckon there’ll be more to come of this extravaganza that was intended to become an annual event.

Lastly, something a bit different compared to all the destruction of our other entries. The Pit Fire Festival is all about firing thousands of ceramics in a massive trench that acts as a kiln.

The hellish effect is still luminous and fiery, but constructive rather than destructive, and fittingly the rest of the festival concentrates on more traditional performance arts.

Flow Down Fest is something for people who love Mother Nature just as much as they love chucking fire around. Instructors in flow arts will show participants how to wield fireballs like a loon in utmost safety.

This mountain town enjoys a good burn every October with massive torches engulfed in flames to honour a local shrine. Just 30 minutes by train from downtown Kyoto means the event is often full of onlookers.

Phoenixville, northwest of Philadelphia in Pennsylvania, has been sticking true to its name for over a decade by burning a huge wooden effigy of a bird.

The late afternoon leading up to the pyre features hundreds of fire-jugglers and other performers in a grand procession along the town’s streets.

This year’s event is accepting donations through Indiegogo to make it even better. You can also find the Firebird festival on Facebook.

Head to Prague for the Czech Beer Festival 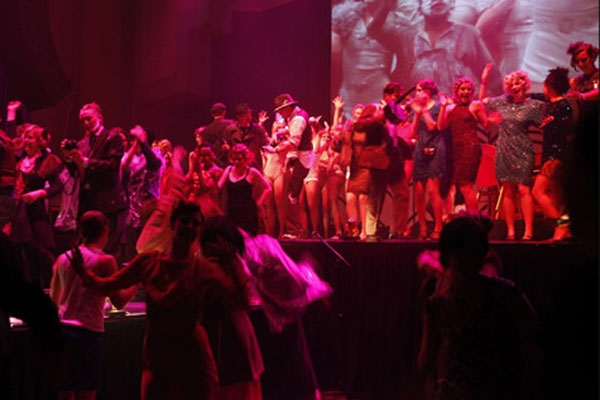 5 weird and wonderful Autumn festivals in the USA