Almost everybody over 30 can remember a time when nobody visited Reykjavik. It was just the backwater capital of an out of the way island that nobody knew much about. And then, suddenly, it was everywhere. And lots of people were going. And for good reason. Reykjavik is one of the few utterly unique places to visit in the world. It’s a little more crowded than it used to be, but the world’s northernmost national capital still remains free of the generic stamp of global tourism.

Getting there isn’t always cheap though. It is, after all, an out of the way island. So if you are on a budget, start your trip by searching for flights on Cheapflights.co.uk and then check out our guide to the best cheap and free things to do when you’re there. 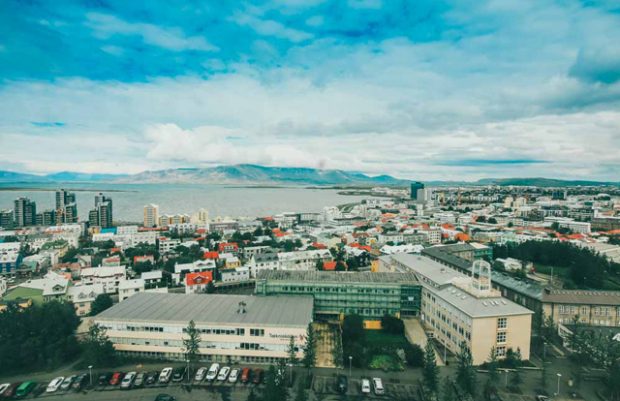 Nautholsvik is a man-made beach that is a favourite of the Reykjavik locals. The beach has been built from the ground up and is heated from warm-water reservoirs nearby. You read that right: the beach has heated water and even hot tubs for soaking.

The whole place is crowded on sunny days and for excellent reason. You’ll meet locals and travellers alike while enjoying an outdoor swim in tropical temperatures. If you’re feeling extra adventurous, the regular seawater is just over a short seawall…

Not far from the city is a tiny island with an unutterably picturesque lighthouse. Linking the island to the mainland is a rock seawall path that feels like it was hand-built to be a romantic stroll. Many a Reykjavik local has gotten engaged at the end of that walk.

This easy stroll gives views of the sea and surf from both sides as you walk under wheeling birds and feel the wind tug at your clothes. On the other end, side trails let you explore the little island and take the obligatory picture or seven of the Grotta lighthouse. Be certain about your timing for this trip, though. If the tides are wrong, you’ll get stuck on the island for several hours. 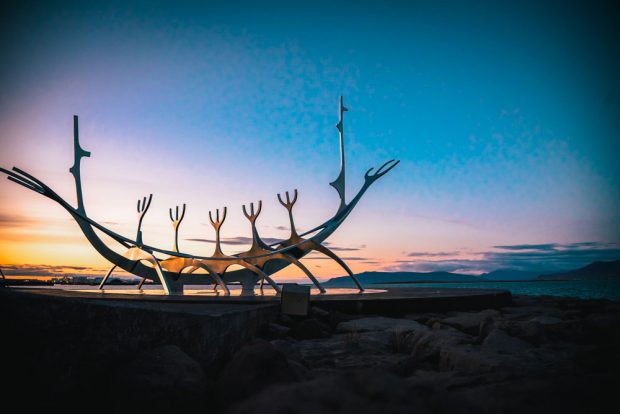 Check out the flea market

Kolaportið flea market may be the ultimate expression of Reykjavik. Other cities have their crowded, bustling market square, but Reykjavik has Kolaportið. Other city flea markets have stacks of cheap handicrafts that shopkeepers try to convince you they made themselves. Kolaportio has second-hand goods that serve as souvenirs you literally could not imagine before you saw them. Other city flea markets are filled with tourists standing elbow-to-elbow. Kolaportið has a handful of locals wandering about striking up conversations with neighbours and visitors alike.

In this case, “cheap and free” only applies if you don’t buy every other thing you see. However, the browsing is free and so is chatting with the locals and other visitors you’ll find in this charming market square.

Most museums in Reykjavik are free or cheap, and you should visit as many as you can find out about, but two stand out as especially good choices for new travellers.

The Reykjavik Art Museum (Listasafn Reykjavikur) is the largest art destination in Iceland, consisting of three different buildings spread throughout the city. Asmundur is a sculpture museum based around the Arabian-influenced work of Asmudndur Sveinsson and is seasoned with sculptures created by other artists. Kjarvalsstadir was named for Johannes Kjarval and is home to visual art installations of all sorts. The six-gallery Hafnarhaus has the most modernistic works, including pop-artist Erro’s groundbreaking art. Admission to one buys admission to all three. 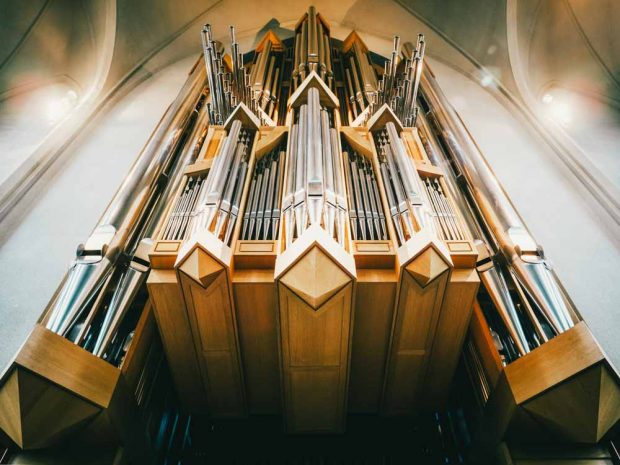 Iceland has the most readers per capita, so why not drop by the epicentre of its literary culture? The Pjodarbokhladan, the National Library of Iceland, includes a number of free cultural exhibitions on the ground floor. These rotate on a seasonal basis and range from historical exhibits to local art, to cultural offerings of all kinds.

And a final bit of local advice: Bring a thermos bottle. The tap water in Reykjavik is among the purest in any urban area in the world. Save on bottled water by filling your reusable each morning in your hotel room.

Ready to explore Reykjavik? Then start your flight search on Cheapflights.co.uk.

Start your search
5 cheap and free things to do in Reykjavik was last modified: June 26th, 2019 by Jason Brick