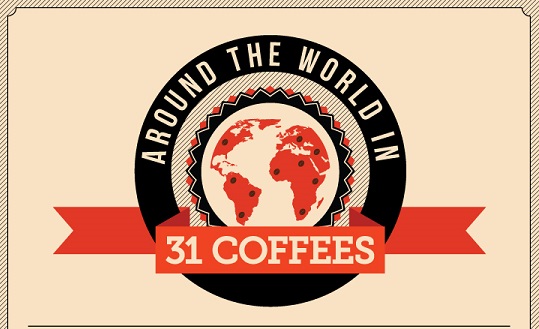 A coffee fan who loves to travel? There’s no better way of taking the pulse of a city than by having a cup of its coffee.

Our Cheapflights Coffee infographic is for travellers who don’t know a Flat White from a Red Eye and it’s stuffed full of fascinating facts about our daily grind.

CheapflightsFood & DrinkAround the world in 31 coffees
We use technical, analytical and marketing cookies to help you with things like logging in and picking up your search where you left off.