Brits have shown their support for this year’s Olympics by juggling their travel plans around the Games, research has revealed.

According to figures from British Airways, 40 per cent of holidaymakers have already changed their hols so they can watch the London 2012 Olympic and Paralympic Games.

One in ten travellers have gone even further and cancelled their holiday, while 10 per cent have put holiday plans on the back burner to show their support for Team GB.

Residents in Northern Ireland seem to be particularly enthused by the prospect of the Olympics, with 89 per cent prepared to change their travel plans for the Games.

This is in contrast to London where just 39 per cent said they would alter their plans. Londoners also fall behind the East Midlands’ backing of the Games, with 45 per cent in this region willing to change their travel itineraries.

It appears that not even special events are a good enough reason to miss the Olympics, with almost 10 per cent prepared to cancel a romantic date or a family engagement to watch the world’s biggest sporting events.

“We are normally a nation of ‘closet patriots’ – we may feel proud to be British, but we don’t often make a big, gushy, flag-waving fuss about it,” said Kate Fox, a social anthropologist.

It was found that 38 per cent of Brits have admitted to feeling more patriotic since the Olympic flame landed in the UK on 18 May (see where the Olympic Torch is this week).

Other findings from the research reveal that while nearly half of 18-24 year-olds think seeing the Games first hand is the best way to experience it, 50 per cent of those aged over 55 would rather catch up with the latest Olympic goings on via the box.

With the Games less than 50 days away, some details of the opening ceremony have been revealed by its artistic director Danny Boyle. We can expect to see rolling hills and even some Glastonbury Festival-style mosh-pits. 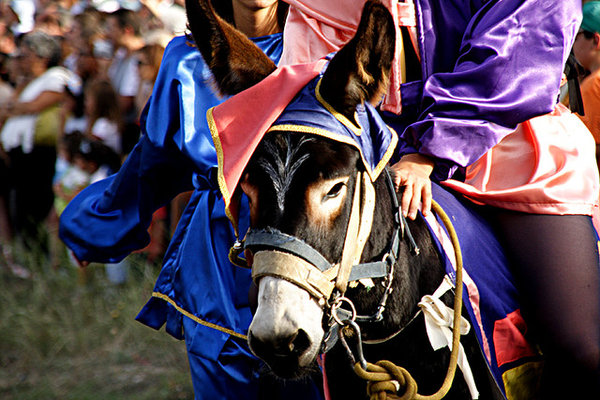 Head to Italy for the Palio Di Ferrara