Are you stuck for somewhere to go on holiday this year? Why not copy other holidaymakers and follow in the footsteps of some of the world’s biggest celebs? (Featured image by Numinosity)

British Airways has said it’s seen a surge in bookings to celebrity hangouts, after the rich and famous posted snaps of themselves over Christmas and New Year.

Bookings to Barbados, a favourite among the likes of Simon Cowell and local girl Rihanna, have shot up by 130 per cent since the same time last year.

It is the same in St Lucia, as people follow in the footsteps of Kim Kardashian and fiancé Kanye West – not to mention Hollywood A-Lister Gwyneth Paltrow.

“The start of the year is always the busiest time for bookings – people are back at work and need something to look forward to,” said Claire Bentley, British Airways Holidays managing director.

“The wet weather over Christmas, combined with lots of enticing pictures of celebrities on holiday has clearly influenced the rise we’re seeing in beach holidays,” she added.

Hawaii has been another destination to benefit from some celebrity endorsement, seeing bookings rise by 100 per cent over the past year.

With the likes of Katy Perry, Steven Tyler, Jude Law and even Barack Obama spending the festive period on the beautiful island, it’s little wonder that Brits are keen to escape across The Pond.

The British Airways January sale is nearly over, but there is a number of deals and savings available before it comes to a close.

For those who really want to emulate the celebrity lifestyle, First-Class flights to St Lucia are on offer for £2,598 return – a saving of £2,580.

For the rest of us, flights to Barbados are on offer for £494 return, while three nights at the four-star Doubletree by Hilton Ras Al Khaimah hotel are on sale for £439 per person.

To take advantage of these deals, along with others, visit ba.com before January 22.

Holiday triggers – the Top 20 reasons we shoot off abroad

Flying with your baby – a mother’s guide 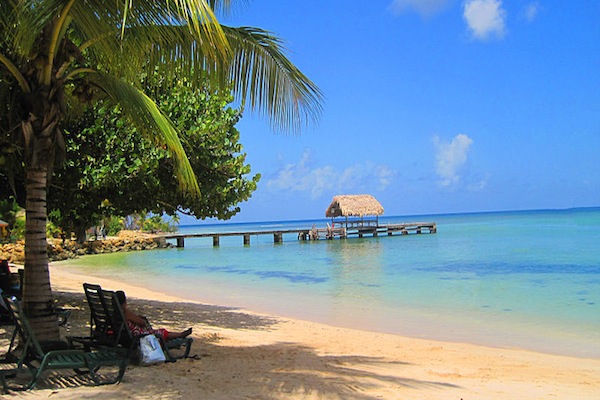 The planet’s best beaches and why we love them!