Most holidaymakers want to make use of the uninterrupted time they have by catching up on the raft of paperbacks they’ve neglected over the years.

It now seems that book-worms have stepped into the 21st century on their annual breaks, with an increasing number of people opting to pack e-readers rather than traditional books.

The results of a survey from sunshine.co.uk reveal that holidaymakers have curbed their use of paperbacks and hardbacks, in favour of e-readers such as the Kindle.

This trend is hardly surprising as e-readers can store thousands of books and ensure that we have a different tale for each day of our holiday.

Of the 2,000 travellers who took part in the survey, 51 per cent had used an e-reader while 49 per cent had opted for a traditional book.

Those aged 40 or over were the biggest fans of e-readers, while just 11 per cent of 18 to 25-year-olds made use of the devices while on holiday. 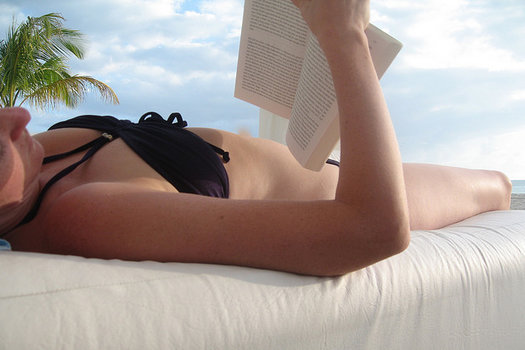 Of those who used an e-reader, nearly half said that this was because they were easier to hold, while 29 per cent said that text was easier to read in the sun.

Roughly a quarter of holidaymakers who were still loyal to traditional books argued that e-readers were too costly, while 46 per cent said that they their preference still lay with traditional books.

The popularity of e-readers in the holiday market was further confirmed by a Newcastle hotel’s decision to swap Bibles for Kindles for a two-week trial period.

Guests at the Hotel Indigo were also able to download other religious texts without a charge – as long as it costs £5 or less.

“In the 18th Century, Newcastle was one of the largest print centres in Britain and we’re in Grainger Town, close to the Literary and Philosophical Society,” said Adam Munday, general manager of Hotel Indigo in Newcastle.

“We wanted to reflect this literary history in a very contemporary way so are offering guests the use of cutting-edge Kindles pre-loaded with The Bible, instead of the more traditional hard copy of Gideon’s Bible that they would expect to find in a hotel.”

Keeping your SLR camera safe on your travels

Tickets now on sale for easyJet’s flights to Moscow

Tips on volunteering abroad by Ubelong