Finland is a sparsely-populated country, with the majority of people living in the “tri-town” of Helsinki, Espoo and Vantaa. The rest of the country is mostly forest with the odd small town. This non-arable land offers little in the cold climate in the way of grain and vegetable, but is the haunt of game, and Finnish cuisine reflects this. Let’s take a look at Finnish grub and what we can gorge on to eat like a Finn.

The country’s most characteristic meat is reindeer – dark and rich with flavour, it appears in many meals. It’s traditional to eat it sautéed with potatoes and the lingonberries that pepper every eating occasion. If you’re feeling flash, you can get a fine steak out of the nape of the beast. Of course, the Finns don’t just go for nice docile animals like the reindeer, which is really just Santa’s version of a cow. Keep an eye out and you might find bear on a restaurant menu. The meat can be tough so it’s often served in a soup so that the flesh becomes tender and moist. If you’re shocked about eating bear, you have to remember that bears lurch around thinking they’re top carnivores and if we don’t eat them, they’ll never know any better. 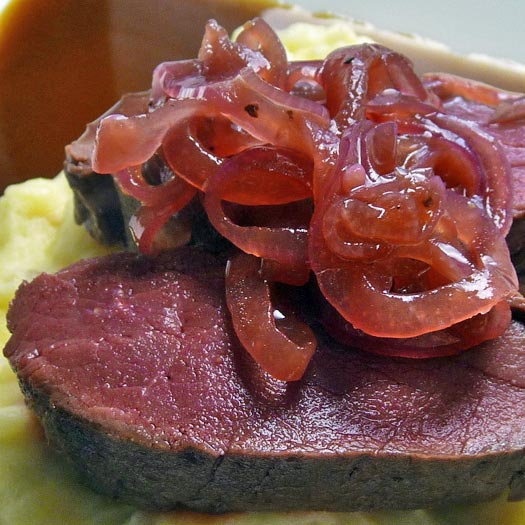 Delicious reindeer. Photo by Blue moon in her eyes 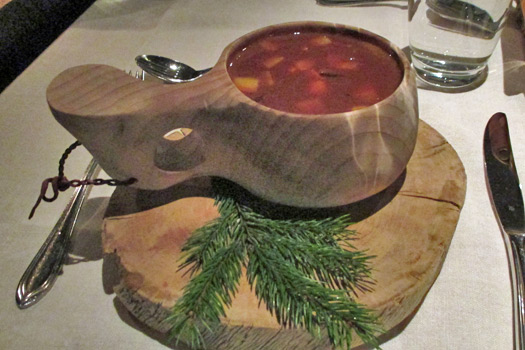 Being on the edge of the Baltic Sea leads many of the surrounding countries to become big on sea life, and Finland is no exception. It’s very common to find sardines, herring and salmon on cold plates, but there’s loads of delicious fried and baked fresh fish dishes available in most eateries. 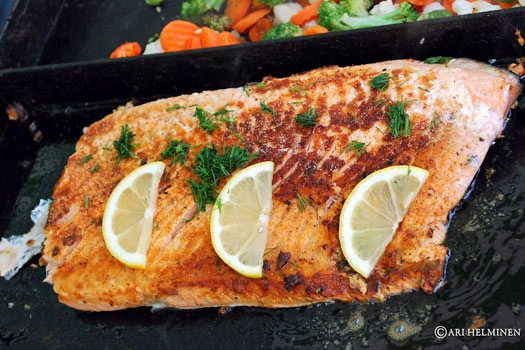 Restaurants in Finland are almost completely unpredictable in both terms of food and service. There are excellent and classy restaurants out there, but try doing a bit of research before popping in somewhere so you know what you’re getting.

Seisova poyta, or the smorgasbord style of self-service, is very popular, probably because it seems to allow restaurant staff to do as little as possible. All the food is laid out on a table, usually consisting of both hot and cold dishes, perhaps a soup too, and you can go up and take as much or as little as you like. Of course, if you’re waiting to be seated, that might not happen either, so just walk into a restaurant and take a table – if there’s a reservation, somebody will move you anyway. If you want a drink, you’ll have to chase down one of the staff if you can find them. Thread-bare service means tipping is not particularly common. You can do it if you like, but many Finns don’t bother as they usually pay by card and carry as little cash as possible.

If you find any restaurant experience too cultured, you can always head to the ever-reliable Hesburger, Finland’s equivalent of McDonald’s. 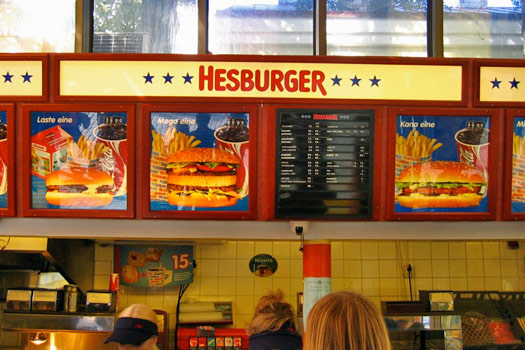 The Finnish McDonald’s – The Hesburger. Photo by Jon Gos 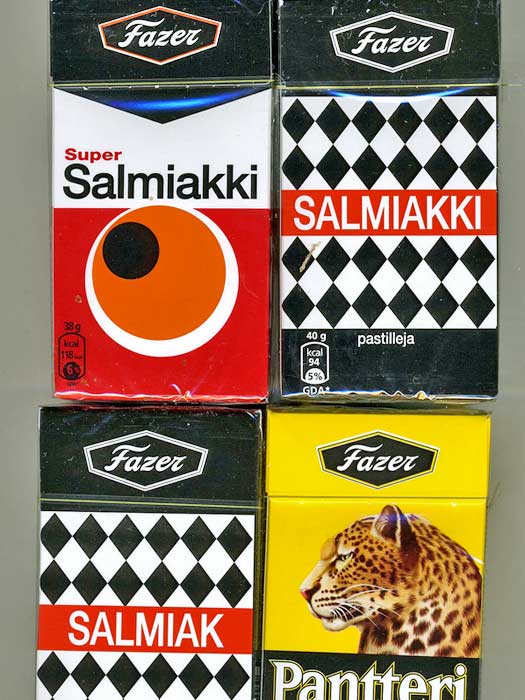 The taste of Finland isn’t reindeer or fish – it’s salmiakki. This little heard of “flavour” is little heard of precisely because nobody else likes it. The Finns couldn’t export it if they paid other countries to trade it. It’s like an acrid and more bitter version of liquorice. Even people who like liquorice find Salmiakki difficult to stomach, probably because it has the added taste of ammonium chloride. But for Finns, it’s the taste of home, somehow reminiscent of the harsh environment of their motherland but in the form of a sweet. When Finns live abroad and are visited by friends or family from home, it’s customary for the visitors to bring them some salmiakki – it’s as if English people wanted to taste black pudding mixed with jellied eels covered in mint sauce. Disgusting, but hey, it’s home.

You can find salmiakki most commonly in small chewable sweets and as a chewing gum flavour, but if you really want to test your endurance skills, try the boiled sweets mixed with chilli pepper. To say they’re an acquired taste is a laughable understatement. 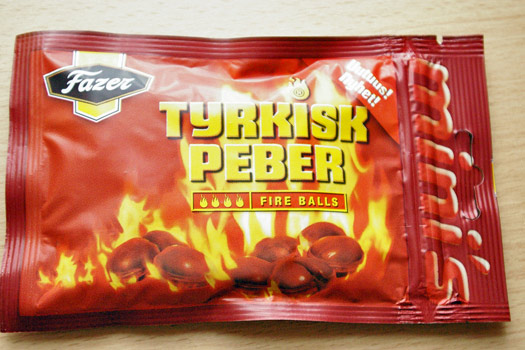 “Tyrkisk Peber” – We triple dare you.  Photo by Ged Carroll

If you have a sweet tooth, you probably found the previous paragraph disappointing, but have no fear, you’ll like this. Finland is home to a uniquely delicious flavour that is also very healthy – the cloudberry. Unlike most berries, the cloudberry plant sprouts just one fruit per plant each year, so it’s arduous to harvest. But the fruit is collected little by little and commonly turned into a jam. The flavour is a revelation – the tartness of berry is subsumed by an almighty honey sensation. It’s as if you’re eating honey flavoured with orange, but much nicer than that. Words don’t do it justice, so just fly to Finland and try it for yourself. 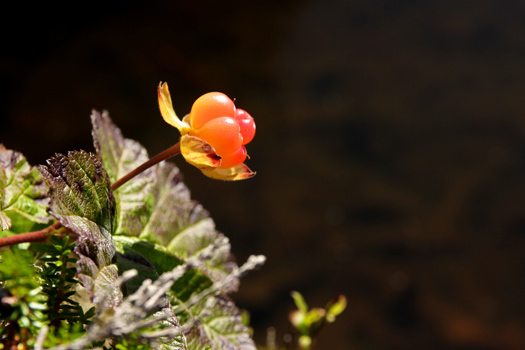 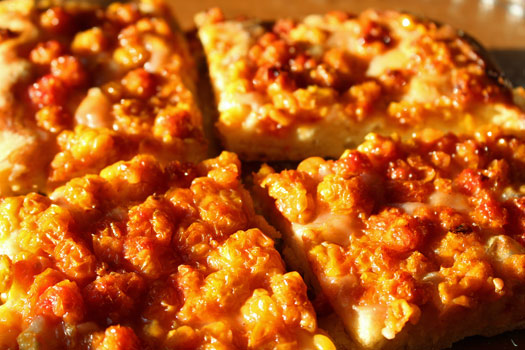 In 2011, a global movement began in Helsinki when three friends decided to get people setting up their own pop-up restaurants for the day. On Restaurant Day the streets filled with enthusiastic people wanting to show off their cooking skills, selling their creations for a nominal cost – it was all about fun and building a sense of community, rather than making any profit. The idea quickly spread to other places and while Helsinki still leads the charge with around 500 pop-ups in the city alone, over 30 countries now take part every time. 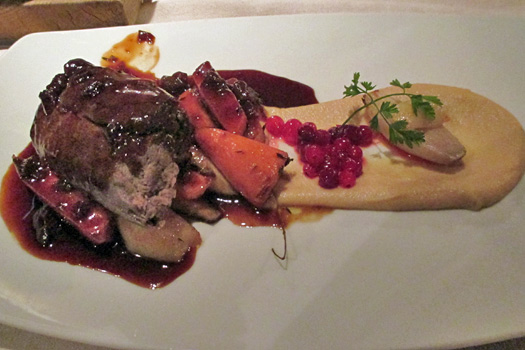 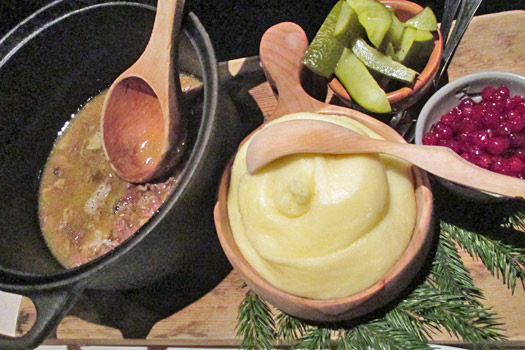 CheapflightsFood & DrinkHow to Eat like a Finn
We use technical, analytical and marketing cookies to help you with things like logging in and picking up your search where you left off.