Are you prepared to travel for your food (like the gent in our featured image by HowdeeDoodat)? The following restaurants, located everywhere from the edge of the Arctic Circle to the middle of the Indian Ocean, aren’t exactly easy to get to.

Count yourself amongst the most devoted of foodies, then, if you embark on one of these eating quests. Here’s our pick of the world’s most remote restaurants.

Located on a rugged boulder emerging from the translucent waters of the Indian Ocean, the Rock Restaurant is scenic enough to have appeared in Vogue magazine.

To get to the restaurant, which is located offshore from Zanzibar’s Michanwi Pingwe Beach, guests are required to wade through the sand when the tide is low, or else hop on a small boat.

Once there, the food rivals the views – the seafood is about as fresh as you can get.

Fäviken isn’t just famous because of its hard-to-reach location. The restaurant is owned by culinary wunderkind Magnus Nilsson, a young chef who’s regarded as one of the key figures in the New Scandinavian cooking scene.

Those after a taste of his innovative cooking will definitely have to travel, though – perched on the edge of the Arctic Circle in Jämtland, getting to Fäviken is a proper quest.

The Three Chimneys, the Isle of Skye

Located in the windswept, utterly gorgeous northwest of the Isle of Skye, The Three Chimneys serves up accomplished cooking alongside its jaw-dropping views.

The restaurant has been open since 1984 and the kitchen is led by chef Michael Smith, who puts a decidedly local focus on the menu.

Luckily for those making the journey up, there’s a nearby guesthouse so you can totter off to bed comfortably after dinner.

Somewhere between Scotland and Iceland, the island of Sandoy can be found. One of the islands in the Danish-owned Faroe archipelago, the incredibly remote spot is home to Nordasti Hagi.

A cosy and unpretentious farmhouse restaurant, the eatery draws locals and visitors for its simple, rib-sticking fare.

Set in the Marlborough Sounds, the gorgeous network of mountains inlets and islands at the northern tip of New Zealand’s southern island, Furneaux Lodge cannot be accessed by car – there aren’t any roads leading there.

Rather, guests can stop by via helicopter or boat.

The on-site Furneaux Bar and Howden Room Restaurant specialise in fresh New Zealand fare – from king salmon and green-lipped mussels to game and local Marlborough Wine. Consider this the perfect destination for the hermit gourmet.

Food far, far away – 5 of the most remote restaurants in the world was last modified: June 26th, 2019 by Claire Bullen 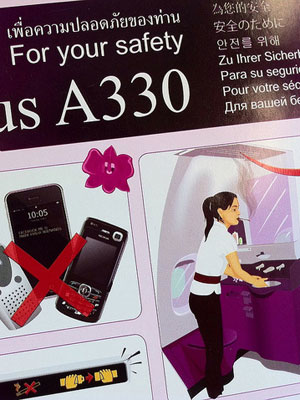 Reflections on the water of the world