Bahrain is a relatively new contender in the Middle Eastern travel scene, but this under-the-radar destination’s golden beaches, culture and history aren’t going to be kept a secret for long. In between shopping, exploring the myriad of almost-deserted islands and discovering the capital’s atmospheric landmarks, one aspect of Bahrain’s cultural heritage that stands out is the local cuisine. 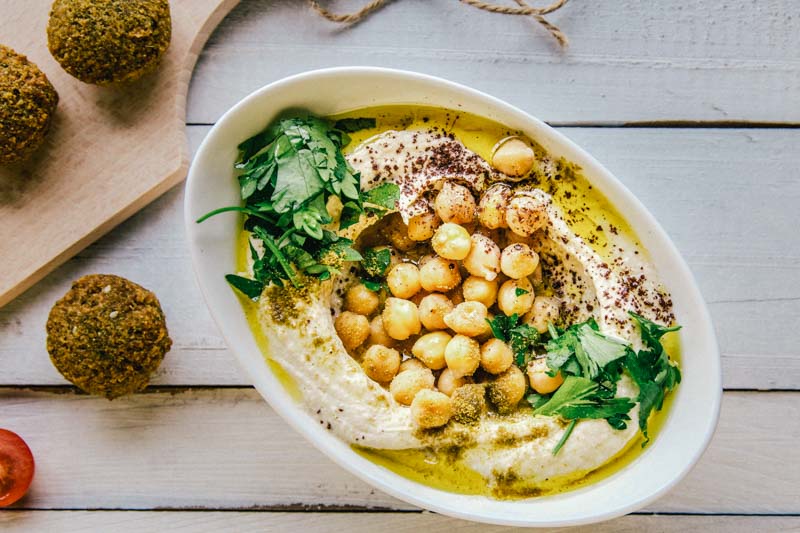 Traditional Bahrani food will please those who have a taste for Middle Eastern cuisine. Houmous, falafel, tabbouleh and shawarma grace many a restaurant menu. Meat and fish, usually flavoured using traditional spices and served with rice, are also a staple. Being one of the Arabian Gulf’s more liberal countries, you’ll also see influences from further afield, with European and Asian restaurants popular choices for locals and tourists alike.

One of Bahrain’s most famous dishes is ‘machboos’ – a meat or fish dish that resembles Indian biriyani. It’s made using a blend of Middle-eastern spices. Trust us, it’s delish. 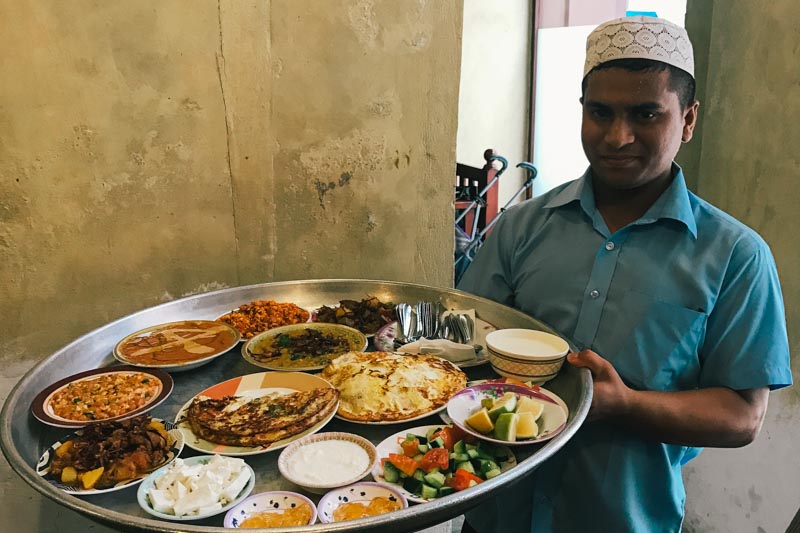 What other dishes shall I sample?

Another popular rice dish is ‘muhammar’ – it’s sweet and served with sugar and dates. Other savoury options include ‘samboosa’ – a pastry stuffed with meat and veg or ‘quzi’ which is lamb, served with rice and eggs. Desserts are also a big deal here – be sure to try the semolina-based ‘halva’ and deep fried dough balls called ‘luqaimat’ – all washed down with ‘gahwa’, the local coffee, which is traditionally served in a small cup.

Bahrain’s main dining scene centres around the trendy Block 338 district, a pedestrian quarter packed with restaurants and cafes. This quirky district is a stomping ground for arty-type-folks, thanks to the not-for-profit art space, Al Riwaq Art Gallery and its dining scene that offers a fittingly eclectic mix of cuisines and atmospheres. These contemporary eateries still retain the Bahrani principle that dining is a social and sharing affair, yet put a modern spin on the surrounds and dining choices. Check out popular restaurants Café Lilou, whose food puts an Arabian twist on international cuisine, and Meat Co, a modern steakhouse with South African and Middle Eastern influences.

For those looking for something a little more traditional, head to Saffron in Muhurraq, the ancient capital of Bahrain, or Haji’s café, nestled in the heart of the Gold Souq.

Anything else I should bear in mind?

It may surprise people who are new to Bahrain, but it’s one of the most liberal of the Middle Eastern countries. This extends to its dining scene, where many restaurants will happily serve wine and beer with food.

A foodie’s guide to Bahrain was last modified: June 26th, 2019 by Kirsten McCroskrie