Harry Potter London is waiting to be discovered on every corner of the city, so we’ve been out on the streets of the capital to track down all the top Harry Potter sites in London and help you see the magic first hand.

Top of the list of our Harry Potter London sites is the famous departure point for The Hogwarts Express; ‘Platform 9 3/4’ at King’s Cross Station. The filming location is the wall between Platforms 4 and 5, but if you can’t find enough evidence of Harry here, head to Platforms 9-11, where you’ll discover a baggage trolley mysteriously vanishing through the wall under a sign that reads ‘Platform 9 3/4’… 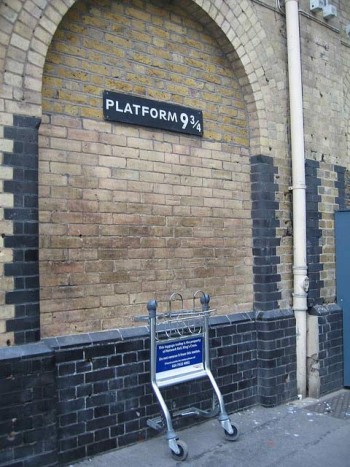 While at Platform 9 3/4 King’s Cross, you can visit the new Harry Potter store which is located very nearby the vanishing trolley. Slightly set back from the main wall, it’s not easy to spot at first, but once you step inside you’ll be transported to a magical shop for aspiring Wizards where you can pick up a new wand (remember, the wand chooses you!), a Triwizard cup and even Harry Potter jumpers and hoodies.

Another of the Harry Potter filming locations London is right next to King’s Cross station. Here you’ll find St Pancras International train station where you can’t mistake the majestic Neo-Gothic frontage from Harry Potter and the Chamber of Secrets. 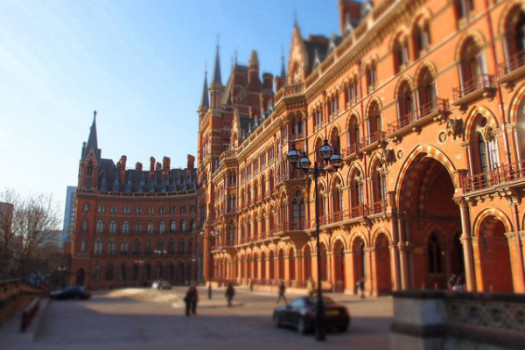 Of all the Harry Potter places in London, Piccadilly Circus is unmistakeable. Remember the part in Deathly Hallows I where Harry, Ron and Hermione are almost knocked down by an iconic red London Routemaster? This was all filmed on location in Piccadilly Circus. In this short clip caught by a fan during filming you can see the trio marching through the West End of London. These roads are normally open to the public so you can literally walk in their footsteps!

Top of the Harry Potter London locations has to include Leadenhall Market, which portrayed Diagon Alley in Harry Potter and the Philosopher’s Stone. Dating back to the 14th Century, this ornate covered building is a working market and a delight to visit for the architecture and history as much as for its Potter associations. Look out for the entrance of The Leaky Cauldron at the Bull’s Head Passage optician’s shop.

Diagon Alley and The Leaky Cauldron wizards’ pub are located on Charing Cross Road in the West End. Not far from Piccadilly Circus, you explore the shops and antiquities of this famous Muggle street as you discover all the Harry Potter London sites nearby as well as many famous London attractions such as Trafalgar Square and Westminster. 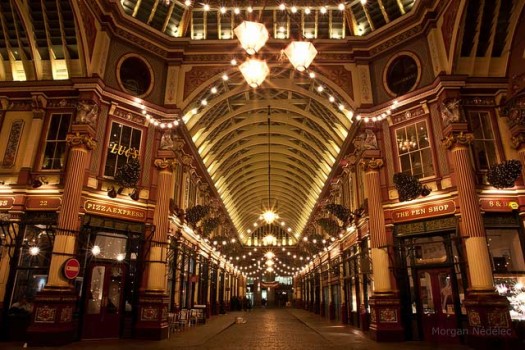 Gringotts Wizarding Bank was filmed inside Australia House on the Strand, again, in the West End of London. Home to the Australian High Commission, Australia House is a stunning architectural landmark as well as one of the must-see Harry Potter London attractions.

London Zoo is the oldest zoo in the world and where Harry found out he could talk to snakes. It was in the historic Reptile House, which first opened in 1927, that Harry experienced this magical power for the first time, and where you can discover hundreds of exotic creatures including crocodiles, rattlesnakes and black mambas. 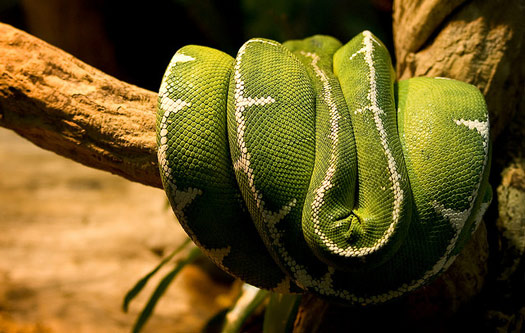 Known locally as the Millennium Bridge, this is the filming location for the opening scenes in Harry Potter and the Half-Blood Prince where we see the bridge collapsing. This pedestrian bridge spanning the River Thames is open to the public and takes you from St Paul’s Cathedral on the North side to the Tate Modern and other London attractions on the South side.

To end your Harry Potter locations in London tour, stop by at Westminster underground station, which is surrounded by some of London’s most famous sights. The station had to be closed to the public to provide one of the filming locations for Harry Potter and the Order of the Phoenix. 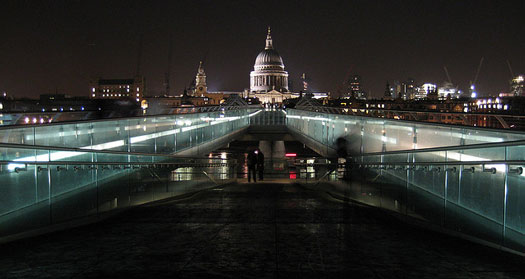 Search flights to London   Portobello Road is internationally famed as a place bursting with characters and bargains. Originally all...
Adam Zulawski

Google Suggest can give you a great insight into the collective consciousness of the web. Here is what the world wants to...
Olga Szoke

Prince Harry is top choice for a cruise companion

Entertainment, food and facilities are important, but it’s the company that can make or break a cruise – and Brits know exactly who they want sharing with them.
Oonagh Shiel

CheapflightsCity breaksHarry Potter London sites and filming locations
We use technical, analytical and marketing cookies to help you with things like logging in and picking up your search where you left off.