You’ve heard about the breath-taking scenery and the crystal blue waters, but what you may have missed is the mouth-watering cuisine.

Croatia has a culinary tradition dating back centuries that is only just being uncovered by hungry travellers.

On first sight, visitors arriving in tourist hotspots such as Dubrovnik or Split could be forgiven for thinking there isn’t much more to Croatian cuisine than pizzas and ice cream, but look a little closer and you’ll find a wealth of tasty regional and local specialities just waiting to be sampled.

The result of the country’s sometimes turbulent past, Croatia’s cuisine a diverse mix of influences from Hungarian and Venetian to Austrian and Turkish and these varying traditions come together to create a fresh and seasonal style of eating.

In general, the inland regions have a heavy Austro-Hungarian influence on their cooking and you’ll find the food gets spicier as you head further East.

Coastal Dalmatia and Istria have versions of Mediterranean cuisine with lots of seafood, olive oil, smoked ham and cheese.

Dating back to ancient times, Peka is named after the way it is cooked – baked on an open fire in a clay or metal bell and covered with hot coals. There are no set ingredients, but it usually includes bread and vegetables plus a meat such as lamb, kid, veal, octopus, chicken, or sea bass.

Clean, fresh and simple home cooking – nothing beats freshly caught fish grilled on gradele. No frills or finery, just some basic seasoning with olive oil, garlic and parsley. Try it when you’re in Dalmatia.

A typical light lunch dish in Dalmatia and a must-have menu item in local taverns, black risotto is made from cuttlefish meat and ink.

An ancient dried fig cake, typical for the island of Vis (viški hib), hib is found all over the Croatian south. Prepared with dried figs, almonds, a nip of homemade brandy and some herbs, it can last for months preserved in laurel and rosemary to keep insects away and give it a nice aroma.

Originally from the Zagreb region, this light and puffy strudel filled is with cottage cheese and cream, and is either boiled, baked in the oven topped with extra cream, or served in a soup.

Spicy stew made with tripe, the edible lining of the stomach a cow, lamb, or even fish. Sometimes called fileki, bacon is often added.

The pride and joy of Slavonian cuisine, kulen is a spicy dry-cured sausage made from pork, red paprika and garlic and is the first Croatian food to be awarded protected designation of origin.

This spicy paprika stew is a much-loved dish in Slavonia and Baranja. It’s made in a kettle with several kinds of fresh water fish, most often carp, catfish, pike or starlet and served with homemade noodles.

Stewed beef in thick, sweet sauce made from root vegetables, wine, prunes or dried figs and spices, served with homemade gnocchi. One of the best-known dishes in Dalmatia.

This renowned cheese from Pag is probably the most famous of all Croatian cheeses. Made from the milk of sheep raised near the sea on Pag Island, this hard cheese has a slightly spicy aroma.

Ston (near Dubrovnik) is Croatia’s shellfish capital so fans of these gourmet molluscs are in for a treat.

There are two main commercial breweries in Croatia, Karlovačko and Ožujsko, but where you can make sure you try beer from some of the country’s excellent microbreweries. There’s Kasačko and Velebitsko beer brewed in Lika from pure mountain spring water, Vukovarsko beer from Vukovar, San Servolo beer from Istria or beers from Zagreb’s microbrewery and restaurant chain Medvedgrad.

When it comes to brandy, Croatia has it covered, making the strong stuff from just about anything they can get their hands on!

There are dozens of different indigenous grape varieties in Croatia. The most famous are white Malvazija and red Teran from Istria, white Graševina in Slavonia, white Pošip and red Plavac Mali in Dalmatia.

Most of the boutique wineries are family owned and operated. Some of the best are Kozlović, Coronica, Roxanich, Degrassi, Trapan in Istria; Korak and Tomac in Plešivica; Krauthaker, Adžić, Galić in Slavonia; Bibich, Korta Katarina, Miloš, Bire, Tomić, Plenković, Stina, Senjković in Dalmatia.

As with a lot of European countries, Croatian cuisine is not the most vege-friendly, especially in rural areas, but options are available.

In all regions there are specialties based on dairy and pasta including traditional farmers’ dishes that come from a time when meat was a luxury not affordable for the majority of the population.

There are many kinds of local cheese and dairy products and the choice of locally grown fruits and vegetables is vast.

The team at Taste of Croatia are a bunch of food-mad locals looking to share their love of Croatian food and drink with the wider world.

Their website is a great reference point for finding out more about all the local tongue-twisters you are likely to encounter and lists some of the best local producers and eateries.

Before your next Croatian adventure, make sure you download their free app from iTunes or Google Play.

The app offers a selection of the best food and wine points in Croatia, with pictures, descriptions and GPS coordinates of the recommended places.

If you have internet access, directions can be provided through via its Maps tool. The app also works in offline mode.

Your Guide to Croatian Eats was last modified: June 26th, 2019 by Kara Segedin 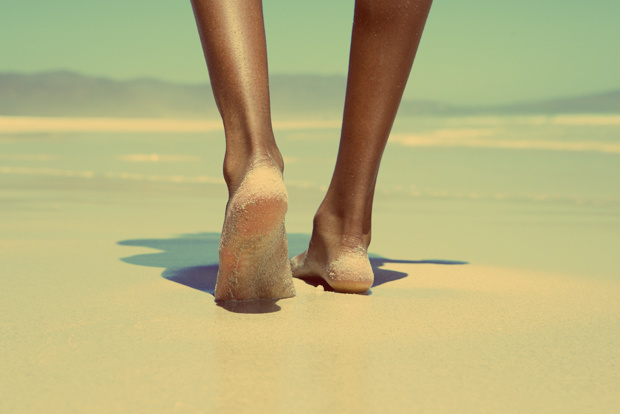 The View from The Shard, London [photos]