Mislaid suitcases and flights that don’t take off are just some of the nightmares that can threaten to turn a dream holiday into a nightmare.

Holidaymakers are being offered a helping hand to sort out their travel woes though, thanks to a new smartphone app from the European Commission (download it here) that gives them instant access to information regarding their legal rights.

Available in 22 EU languages, the Your passenger rights at hand app is compatible with four mobile platforms: iPhone/iPad, Android, Blackberry and Windows Phone 7.

The app covers air and rail transport and from 2013 will include bus/coach and marine travel, when these rights come into effect. 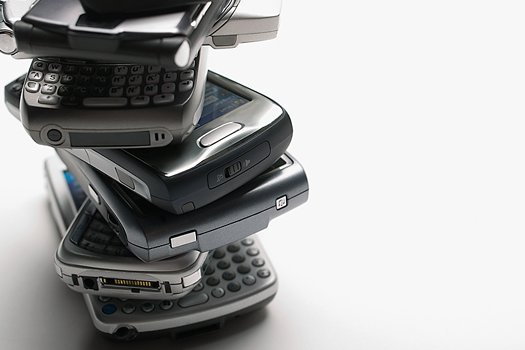 “How many of us have stood in an airport and felt the frustration of people telling you that you have no rights when you know you have,” said European Commission Vice President Siim Kallas, who is responsible for Transport.

“With this application millions of travellers can have easy access to the right information about their passenger rights when they most need it, when unexpected situations arise.”

Some of the rights included on the app include compensation entitlement for passengers whose flights have been cancelled and are consequently denied boarding (between €125 and €600 – £97 and £467) and those whose luggage is damaged as a result of an accident. 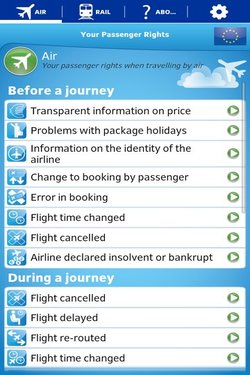 The app will also provide contact information if travellers wish to make a formal complaint, as well as displaying travel information and advice from the European Commission during a large-scale emergency.

Last year the European Consumer Centre Network, an organisation that provides advice and support to consumers who are shopping cross-border within the internal market, handled 28,000 passenger complaints.

Nearly a third of these were to do with cancelled flights, while 24 per cent were related to delays and 15 per cent were concerning lost or damaged luggage.

Other common complaints included denied boarding, lack of clarity on prices and surcharges, technical problems in the booking process and unfair commercial practices.

End of the staycation? Early bookings for summer 2013 soar

Sir David Attenborough’s ‘Africa’ leads to surge of interest in the continent...

Take to Europe’s waterways with savings on private river cruises