It’s a new year, so time to check in somewhere new. Below you’ll find a selection of some of the best hotels opening in 2015. From the elegant, to the fun, to the straight-up cool, next year has some impressive places for you to lay your head.

Our advice is to make a New Year’s resolution: keep an eye out for introductory offers on their social media channels, and snap yourself up a bodacious bargain sharpish.

The historic gateway between Trafalgar Square and The Mall, the road leading up to Buckingham Palace, will be reborn as a luxury hotel with Armani themselves having a hand in the redesign. Announced with bells and whistles last year as part of the UK government’s initiative to raise money through public assets, Rafael Serrano won the 99-year leasehold to redevelop the interior into a hotel that will no doubt be as impressive as his Bulgari Hotel in Knightsbridge. This will be Armani’s third hotel after Milan and Dubai.

The MGallery hotel chain is opening one of its lavish boutique hotels in Milan, the Italian fashion capital, so you can expect something special. Comfortably positioned between Garibaldi and Centrale station, the MGallery LaGare Milano will offer access to the nightlife of the Garibaldi district, while offering you a full spa and roof garden on your return. Due to open in February.

Due to open in April 2015 is this extremely impressive Gracery hotel in the Shinjuku area of Tokyo. Mr. Akira Segawa, President of Fujita Kanko, the hotel’s manager and operator, told Cheapflights: “We’re excited about opening Hotel Gracery Shinjuku as part of the new landmark development in Kabukicho, Tokyo’s entertainment and night-life hub, where there are no hotels of comparable size and quality. The new Kabukicho landmark will host a 12-screen cinema complex and various restaurants and bars.

“The hotel will also open an Italian restaurant. Kabukicho is nicknamed ‘the sleepless town’ and our guests will have easy access to all fun that Tokyo offers for 24/7. Our new hotel will offer safe, convenient and very comfortable lodgings with great style, at a very reasonable rate. It can also be a good choice for business travellers since it’s centrally located in the middle of Shinjuku district in Tokyo.”

This subtly football-themed hotel promises to balance the beautiful game with a beautiful stay. The owners’ earlier venture Café Football in London has received a bevy of thumbs up for its menu by Michelin-starred chef Michael Wignall, and 2015’s addition next to Old Trafford will certainly cement their reputation for putting glitz on a par with goals. Due to open in March.

Probably the most exciting hotel opening for families is the possibility of staying in Legoland’s new hotel in Winter Haven, Florida. The new addition to the park will finally enable families to stay at Legoland for weeks on end just like the kids have been demanding. Fun fact: for Earth Day 2014, Legoland Florida was the first theme park in the US to run completely on renewable energy.

Details are sparse at the moment but if the other W Retreats found in places like Koh Samui in Thailand and Vieques Island in Puerto Rico are anything to go by, the W Retreat & Spa Goa in Vagator Beach will be something far more opulent than the typical hippy digs of the Goa region.

At the moment, only a mysterious string of psychedelic imagery has been made available by W Hotels to set the mood for their Goan venture. On the other side of the world, another W Retreat we’re looking forward to is in Kanai. The W Retreat Kanai position in the incredible Riviera Maya region of Mexico will be a sure-fire draw for bliss-seeking travellers.

Chiang Mai, one of the largest cities in northern Thailand, is set to get its very own Akyra hotel. AHM’s Akyra brand concentrates on boutique style and luxury cool, so their new location on the increasingly fashionable “coffee street” seems a perfect fit. Akyra’s website has a handy countdown letting you know exactly when the new hotel will be ready to rock.

Coming from one of the premier brands in the hotel industry, the Hyatt Regency Amsterdam promises to be a splendid display of cosmopolitan refinery. Located next to Weesperplein metro station and surrounded by canals, the new Hyatt Regency will be in close proximity some of Amsterdam’s famous museums, so you can feel all cultured too after stepping out of the sophisticated surroundings of your lodgings.

The SLS brand stands for style, luxury and service apparently, or whatever else you’d like to substitute the letters for. We’ll go with Super Loungin’ & Silky because, well, why not?

SBE’s newest addition to the SLS ranks is on the corner of Park Avenue and E 30th Street and will no doubt be a top hotel in NYC in 2015, particularly since the NoMad district has been taking off in recent years. The SLS Park Avenue’s rooftop bar and emphasis on personalised service will put a cut above.

The Radisson Blu brand’s reputation as an assured elegant choice for business travellers means those looking for digs in Nairobi will flock to their new hotel in Nairobi. Kenya is a country constantly undergoing development and growth, so Radisson’s venture here is a no-brainer.

Looking like something out of a steampunk novel, No Man’s Fort is set to be a big draw for quirky adventurers who want to get away from it all. The Solent, otherwise known as the stretch of water separating the Isle of White from mainland England, has a handful of forts left over from the Victorian era that are finding a new lease of life, namely by being converted into a slew of unique destinations.

No Man’s Fort will be Clarenco’s second fort hotel in the Solent after Spitbank Fort, but this new venture will be much larger and boast more unique features and accoutrements to keep you entertained and comfy. If only every hotel had its own laser quest arena and helipad!

The greatest places to stay in Geneva 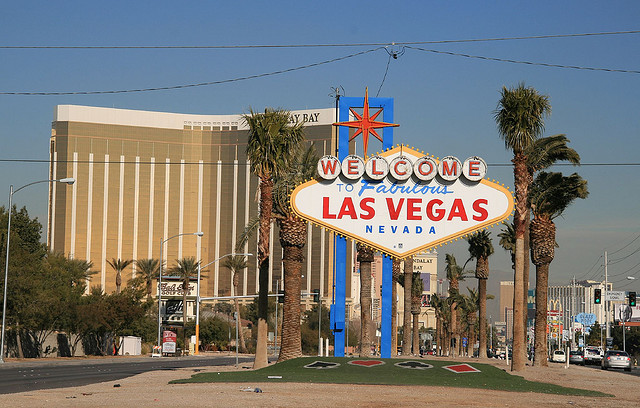 Stay on the Strip and save