The costumes have been made, the floats have been decorated, and the musicians are ready – it’s time for Notting Hill Carnival.

One of the biggest street parties in the world, Notting Hill Carnival has taken place every bank holiday weekend in August since 1966.

Originally set up as a response to race tensions in the early 1960s, the carnival has become a celebration of the cultural and ethnic diversity of modern day London.

More than 1 million people attend Notting Hill Carnival each year, making it the largest festival celebration of its kind in Europe.

The event has a predominantly Caribbean feel, with vibrant and colourful processions slowly making their way through the streets of London, blasting out upbeat summer rhythms.

While the music and parades are obviously the focal point of the carnival, the vast array of food stalls dotted throughout the event is another key selling point.

Selling authentic Caribbean cuisine, from jerk chicken to patties and curries, the aromas from the various food stalls can be smelled all over Notting Hill. So, if you are visiting this weekend, be sure to bring a healthy appetite as well as your dancing shoes.

Notting Hill Carnival kicks off on Sunday, with a more family-orientated day on the bank holiday Monday. The event is certainly one of the best carnivals in the world, but if you can’t make it, what other carnivals are there around the globe? 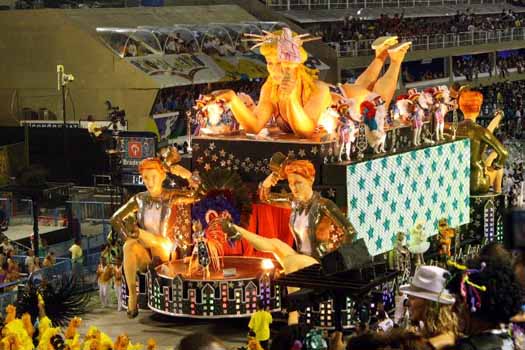 No look at the world’s best carnivals would be complete without mentioning the biggest one in the world, the Rio Carnival.

With an estimated two million people taking to the streets for each day of the carnival in the vibrant city of Rio de Janeiro, it is an event that everybody should attend at least once.

Taking place in February each year, the carnival takes over the entire city for four days of music, dancing and wild celebrations.

You can’t go anywhere in the city without being part of this huge event, but the focal point is the Samba Parade – when samba schools compete to be known as the best in Brazil. 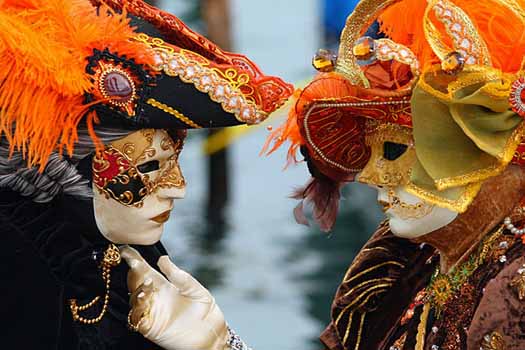 The origins of the Carnival of Venice date back hundreds of years, but it subsequently suffered from a long absence and has been going in its current form since 1979.

A celebration of the history and culture of this unique city, the Venice Carnival takes place ahead of Lent each year.

The carnival consists of concerts, dances, grand balls, parades and street music, and is known for the tradition of elaborate masks and costumes. 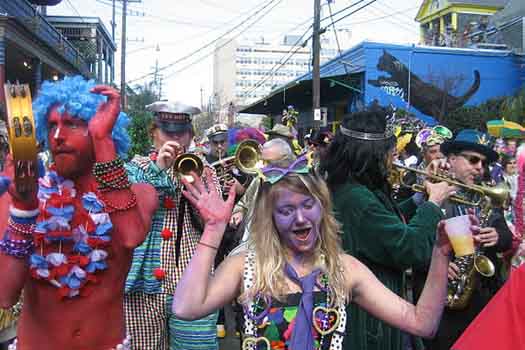 One of the most famous celebrations in the world, Mardi Gras in New Orleans is a wonderful celebration of diversity and tolerance.

New Orleans Mardi Gras is an epic event, with parades and parties taking place almost every day for two weeks. 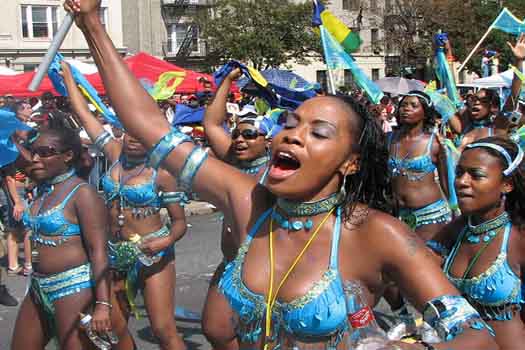 Not every carnival takes place in the run-up to Lent, as the Labour Day Parade in Brooklyn, New York, proves.

The carnival, which has a West Indian and Caribbean feel, is New York’s biggest outdoor event – attracting more than 1 million people each year.

The event dates back to the 1920s, when West Indian New Yorkers would hold indoor costume parties in February to coincide with other celebrations around the world.

The harsh New York winter prevented street celebrations, but holding a carnival indoors was never going to last long. In 1947, the event was moved to Labor Day – the first Monday in September – and became the celebration we know today.

Want to find out about more festivals around the world? Take a look at TravelBusy.com and their wide selection of travel inspiration.

Not going to Notting Hill? Try these carnivals around the world was last modified: June 26th, 2019 by Oonagh Shiel

Technology can put an end to airport hassle, flyers say

Cheaper to park a plane than a car at the airport

10 of the most unusual hotels in the United Kingdom