“Every take off is optional. Every landing is mandatory.”

This post is in honour of the hundreds of thousands of safe landings that occur around the world every day (that’s right, there really are that many!) and the immense piloting skill that makes them happen.

Each of the videos below showcase a highly unique and expertly executed touch down…all from the pilot’s eye view.

The Space Shuttle in the desert

The Space Shuttle may have been the most complicated machine ever built, but it didn’t have engine power for landing. Once it re-entered the Earth’s atmosphere, it had to be piloted under the power of its gravity alone. No go-arounds for those astronauts. Naturally, with highly experienced military-trained pilots at the helm, every landing was perfect.

On an aircraft carrier at sea

The average commercial airport runway is around 7,500 ft (2,300m) long. The runway on a Nimitz class aircraft carrier is a fraction of that. Not only is a runway at sea much shorter than its land counterpart, it’s typically moving too (up to 35 knots (65 km/h)). It’s only thanks to tailhooks and arrestor wires that landings like this are possible.

On an aircraft carrier at sea…at night

If you thought that was impressive, now imagine landing an extremely powerful and expensive fighter jet (F/A-18E Super Hornet) on an aircraft carrier that’s pitching and rolling in 15-foot seas, all under the cover of darkness.

Before it closed in 1998, Kai Tak was considered one of the most challenging runways in the world. Thanks to HK’s mountainous terrain, the approach saw pilots fly towards a giant chequerboard on a hillside, before making a last-minute steep banked turn for the runway. Pilots had to put in several hours in the simulator before being allowed to make the one-of-a-kind approach for real.

Most treks and mountaineering expeditions in the Everest region begin with a landing at Nepal’s Lukla Airport. Perched on the side of a Himalayan valley, the tiny runway is only 1,500 feet long…its 12 percent gradient assisting planes stop short of the giant brick wall at its end.

Seaplane on a river

If your plane’s got floats rather than wheels, your landing spots get a whole lot more numuerous. This is what it looks like to splash down on Glasgow’s (Scotland) River Clyde. Chances are Captain “Sully” Sullenberger’s landing on Hudson wasn’t as smooth this – then again, he was landing Airbus 320 on one of the world’s busiest rivers.

A Cessna on a dirt track

Lake Owyhee Resovoir in Oregon (USA) has its own light-aircraft airstrip. This is what it looks like to descend through the barren valley and land at Pelican Point runway 28U in a Cessna. As the pilot says, “Yahoooooooo!” 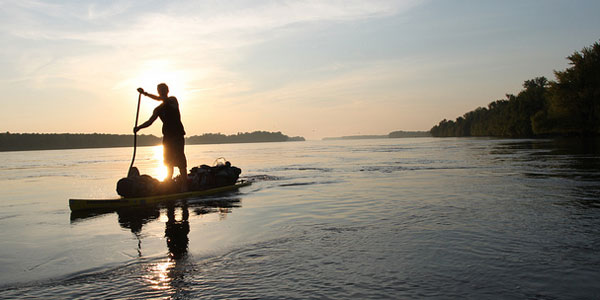 NO GIRLS ALLOWED: 7 places that are just for BOYS