Mention the word tipping to a seasoned shoe-string traveller and you are bound to be met with a look of dismay, followed by a fervent shaking of the head.

From ordering at the bar, to whinging about a non-existent fly in their gazpacho, many cash-strapped travellers will go to extraordinary lengths to avoid shelling out for tips, which typically range from 10 to 20 per cent.

For those who are prepared to put a dent in their travel spend to cough up the cash needed for service charges, the rules surrounding tipping around the world are far from finite.

Whether you’re paying in Euros, Indian Rupees or US Dollars the tipping system can come with a myriad of country-specific guidelines, leaving many tourists suitably perplexed.

Here’s a helpful guide to the ins and outs of tipping in the most-travelled parts of the world. 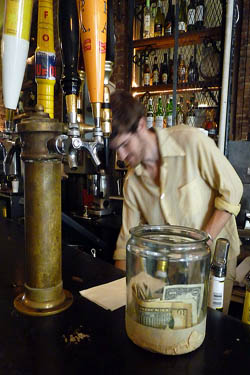 As in the UK a tip of around 10 per cent is customary in Italy, though this is not said to apply to vaporettos and gondoliers. In Spain a tip of between 7 and 13 per cent is commonplace in restaurants, according to the level of service received, though travellers are unlikely to get a rap on the wrist if no tip is left.

In France seeing “service compris” on the end of a bill means that a tip is not required and the level of tip left is said to be largely up to the customers’ discretion.

In destinations such as China and Japan tipping is still alien for service, although, according to Conde Nast Traveler, hotel staff may expect a tip for hauling your bags up to your room.

In India a tip of around 250 Rupees is expected for hotel housekeeping staff, while a 15 per cent tip will hit the right mark in restaurants. 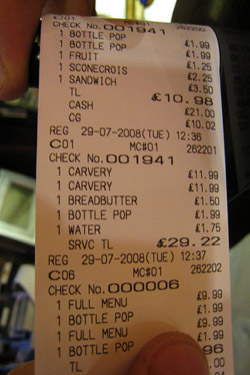 In America and Canada a tip of around 15 to 20 per cent is customary and it has been known for bar staff to expect a tip of a dollar or so every time you head up to the bar for a drink.

In Argentina a tip of 10 per cent is normally required in restaurants, while a 10 per cent fee is automatically added to restaurant bills in Brazil, doing away with the need for a tip altogether.

In Mexico a tip of between 10 and 15 percent will mean that you get the thumbs up from service staff. 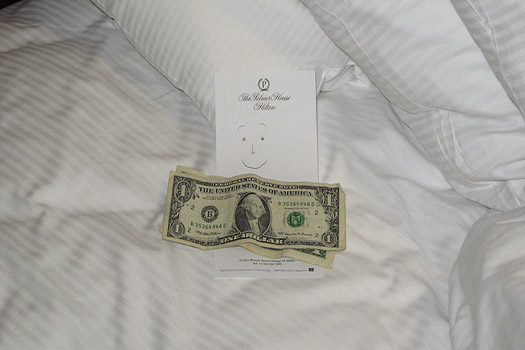 In Dubai, a 10 per cent service charge is added to bills at hotels, restaurants, and bars, and if you feel that service is exceptional you can add a few more dirhams to this figure.

In Israel, a tip of around six shekels per bag for porters and about four shekels per day for housekeepers is expected in hotels, with a shekel or two for the hotel’s concierge. Although service charge is included in restaurant bills, adding a few shekels on top of this figure is customary.

Tipping around the world: What’s the etiquette? was last modified: June 26th, 2019 by Oonagh Shiel

Get up close and personal with low-flying military jets – the Mach Loop (U...