It’s Elvis Presley’s 80th birthday this week, and we’re “All Shook Up”. It’s “Now or Never” to hail the king who’s “Always On our Mind”.

Like many, we “Can’t Help Falling In Love” with Elvis’ songs and his legend, so we are celebrating him and his birthday with a list of destinations where his larger-than-life influence is on display to this day.

But let’s have “A Little Less Conversation”, a little more action: here are our top ten Elvis places to pay tribute to the king.

The small seaside town of Porthcawl is supposedly home to the largest Elvis impersonator convention in the world. Held every September in Wales, a country more famous for Elvis’ friend Tom Jones than the man himself, the Porthcawl Elvis Festival is so large that it even has its own fringe festival. The king may never have been there himself, but that doesn’t change the fact visiting Porthcawl will enable you to see hundreds of him at once.

Elvis was in the United States army for two years from 1958 to 1960 and was stationed at Ray Barracks in Friedberg. He lived off base in a hotel in nearby Bad Nauheim where the many complaints about all his partying meant he had to move out into a house down the road. Today, both towns have a multitude of sites and nods to Elvis’ military past. Apart from his time in Germany, a week in Paris, a plane refuelling at Prestwick in Scotland and a lightning-quick visit to London, Elvis never visited anywhere else outside of North America.

Elvis made more than 30 films in total and the majority were filmed in Hollywood. He was so busy making three films a year that he didn’t play any concerts for most of the 1960s. He spent much of the decade loitering around Paramount Studios and eating at places like Canter’s Deli and the Formosa Café. Elvis also recorded his second album, the non-too-outrageously-titled Elvis, at Radio Recorders in 1956, one of the most illustrious studios in the city. If you want to see a fancy sports car that Elvis shot at in anger, head to the Peterson Automotive Museum. There you can see his De Tomaso Pantera, with its bullet holes in the steering wheel, among all the other vehicular exhibits.

In 1953, when Elvis was 18, he went to record a single acetate disc of himself singing at Sun Studios as a gift for his mother. The receptionist made the note “Good ballad singer. Hold”, but it wasn’t until nearly a year later when Elvis broke out and began a string of hits. All his important early classics, like “That’s All Right” were recorded under its roof, and the place reverberates with Elvis’ legend. Tours include a chance to sing at the very microphone he used.

When Elvis married Priscilla in 1966, they lived in the “house of tomorrow” that was the Alexandra Estate in Palm Springs. Reputedly where their daughter Lisa Marie was conceived, the honeymoon home is now open on weekends for public tours. Their marriage was rather shaky though, and Elvis actually spent a lot of time from 1970 cooling off in another huge Palm Springs estate that has since become known as Graceland West. In mid-2014, it went up for sale again so the tours that were available have been put on hold, but hopefully the new owners will continue making this Elvis palace available to faithful fans.

Although Elvis is strongly associated with Memphis, he was actually born in Tupelo, Memphis, Mississippi, and only moved to Tennessee when he was 13. For true Elvis fans, it’s a must-do pilgrimage. His childhood home is open to visitors, along with an accompanying museum, the chapel he used to attend, and, ahem, his home’s outside toilet.

The RCA recording studios of Nashville is where countless musical icons made their mark. Today you can visit Historic RCA Studio B where Elvis recorded many of his songs, but you’ll also find plenty of surprises around town, with a statue or two dedicated to the king and Elvis Week held every August. Nashville is a mecca for American music in general and is an absolute must for anybody with even a passing interest in melodic noises.

Elvis did more to popularise the luau than any other big kahuna out there. Not only did he make three light-hearted films in Hawaii with suitably island-drenched soundtracks, but, in 1973, Elvis was the star of “Aloha from Hawaii”, the world’s first live concert broadcast via satellite. A statue of Elvis stands outside the Honolulu stadium where the performance was held. From the beaches where he filmed to the places he stayed to his efforts to raise funds for the Arizona Memorial in Pearl Harbor, you can find his influence throughout the islands. Yet another great reason to explore Hawaii!

Elvis famously proclaimed “Viva Las Vegas!” and the city still has an enduring connection with his words. There’s a statue dedicated to Elvis outside the Westgate Las Vegas where he did two shows a night for two months a year for seven years back when it was the Las Vegas Hilton. There are lots of claims of people seeing his ghost there, so maybe even in the afterlife Elvis still thinks he’s got all those gigs to do. Elsewhere, the king married Priscilla in the Aladdin Hotel, and there’s the famous Graceland Wedding Chapel where Elvis impersonators perform the wedding rites in his holy honour. (If you can’t make it to Las Vegas, you can always get an Elvis wedding in Blackpool.)

Graceland, the huge estate that he bought for himself and his family back in 1957, is synonymous with Elvis Presley. The 13.8-acre plot currently houses a museum, working stables, a recording studio and two jets (though the planes may be removed as they’re up for auction). We also like that it has the TV he shot after watching something that annoyed him. Graceland is every fan’s top Elvis destination, especially since it’s where the big man died and is now buried – alongside his parents and grandmother. Elvis’ grave is the star attraction of Graceland’s “Meditation Garden.” For the anniversary of his death on August 16th each year, Graceland celebrates Elvis Week, which includes a procession of thousands of fans. 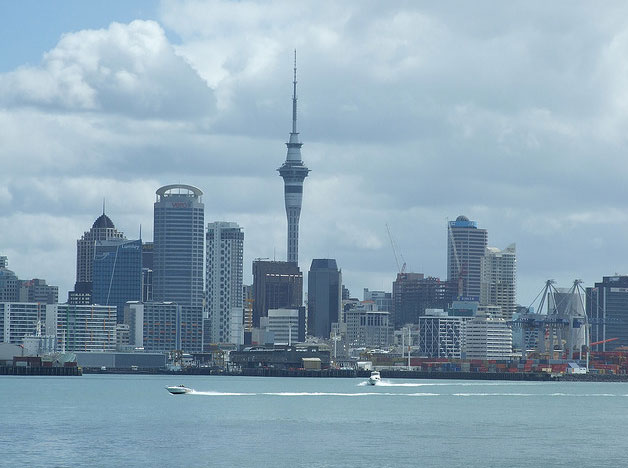