Jotting down the latest holiday goings-on on a postcard used to be a firm fixture on every traveller’s itinerary, whether they were opting for a staycation or heading off abroad.

Now the rise of smoasting, bragging about your holiday exploits via social networks, could consign the beloved travel postcard to the history books.

Figures from online market research company One Poll has revealed that just one in six Brits kept those back home up to date on their holiday adventures by sending a postcard, while a staggering 45 per cent have yet to send a postcard while enjoying their annual breaks.

New research from O2 Travel also highlighted that the fate of the holiday postcard is more or less sealed, as just 16 per cent of travellers surveyed sent a postcard while away.

Instead of putting pen to paper, Brits are opting to move with the times and utilise new technology to share the highs and lows of their holiday experience. 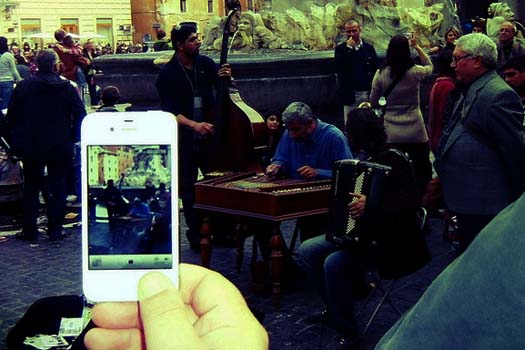 For the majority of those surveyed, text messages proved to be the most convenient way to keep friends and family at home updated. Thirty-nine per cent of travellers added a more personal touch to their holiday communications by calling home for a chat, while 34 per cent used Facebook to reveal details of their holiday.

Twenty-nine per cent of holidaymakers chose to fire off a quick email to give their nearest and dearest an insight into their holiday capers.

Those aged under 24 seemed to be the least au fait with the tradition of sending postcards, with more than half yet to experience the joys of sending one.

Thirty-six per cent of travellers admitted to avoiding using postcards because they felt that finding a stamp or post box was too difficult, while more than a third argued that delivering their holiday news via a postcard would prove to be too slow.

One in 10 people also argued that they were concerned that their postman would take a sneak peak at their holiday message if they sent a postcard.

“Smartphones allow holidaymakers the opportunity to take their social lives with them, with the ability to keep up to date and instantly send personalised pictures and messages to friends and family,” said Sally Cowdry, marketing and consumer director at O2.

When was the last time you sent a “Wish you were here!” postcard? was last modified: June 26th, 2019 by Oonagh Shiel

Until we get that time machine, some historical re-enactments