The best prices found for LAD flights for July, August

Cheap flights to Angola found for this year

Late deals on return flights to Angola, departing today and this week

Can I fly to Angola right now?

The cheapest ticket to Angola found for each month in 2021 based on historical flight searches by Cheapflights users.

January
£340
February
£373
March
£326
April
£362
May
£326
June
£356
July
£397
August
£425
September
£425
October
£337
November
£343
December
£374
At the present moment the cheapest month to fly to Angola is currently May; with September being the most expensive. Prices will vary depending on multiple factors such as booking in advance, airline and departure airports and times.

When is the best time to fly to Angola?

Flying to Angola in March is usually considered the best time to fly. However, you will find other deals are always available year round.

When is the best time to book a flight to Angola?

The best time to book flights to Angola is 30 days before your desired departure date. The cost of your flight will likely increase significantly if you book two weeks in advance of your flight.

Which day is cheapest to fly to Angola?

Wednesday is currently, on average, the cheapest day to fly to Angola. Flying on Saturday will result in higher flight prices.

What time of day is cheapest to fly to Angola?

Flights in the afternoon are typically the cheapest time of the day to fly to Angola. Flights in the morning are usually the most expensive.

Angola is probably not the first destination most tourists think of when looking to go on a beach holiday, nature-exploring or on safari. The country has a troubled past and a history of civil war and, while tourism has soared in other countries in West Africa over the past decade, Angola still remains firmly off the beaten track. However, its very unpopularity is one of its biggest selling points.

Angola is blessed with a varied geography: a long coastline on the Atlantic, studded with white sand beaches; the second-largest waterfall in Africa, and great plains teeming with wildlife. Its cities were shaped by its time as a Portuguese colony, evident in their architecture. Adventurous travellers can explore it all in relative solitude, away from the mass of tourists flooding the more traditional African holiday destinations. Cheap flights to Angola are relatively easy to find, though better deals may be available flying into neighbouring Zambia or Namibia. Once there, the cost of living is minimal.

On the flight to Angola, read up on the country’s history. A ceasefire was reached in 2002, before which the country had been gripped in civil war for 27 years. Along with the subsequent growth in tourism there has been a growth in the country’s economy – its natural oil and diamond reserves helping to steer the country out of poverty caused by war.

Hot, humid and tropical in the north and arid desert in the south. Angola’s rainy months last from October to April and the weather gets drier and cooler from May to September.

When is the best time to fly to Angola?

The North has a cooler, dry season (cacimbo) from May to September. The mornings are usually misty during the dry season.

The dry season lasts for longer in the south, normally from March to October.

The coolest months to visit are July and August, though this can be too cold at higher altitudes far from the equator. Frost can sometimes form at high altitudes.

The hot, rainy season in the North lasts for nearly seven months most years, starting in September and continuing to April is the hot. However, it tends to be cooler along the coast, and less rain falls.

In the South, the rainy season begins later in November and lasts until February.

See alternative destinations where airfare is generally forecast to be close to Angola flight prices. 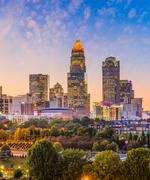 Select your preferred flight destination in Angola from the list below.

Select your preferred route to Angola from United Kingdom below

Not set on Angola? See the cheapest flights to United Kingdom. Airfare prices updated on July 22, 2021.