The best prices found for DSS flights for July, August

Cheap flights to Senegal found for this year

Late deals on return flights to Senegal, departing today and this week

Can I fly to Senegal right now?

There are current restrictions for travel to Senegal at this time. These restrictions are for the safety of Senegal citizens and travellers alike and are as follows: Senegal has suspended all flights into the country until at least 31 May 2020.. If you must travel during this time and are allowed to based on current restrictions, please stay informed about updated travel safety tips.

The cheapest ticket to Senegal found for each month in 2021 based on historical flight searches by Cheapflights users.

January
£384
February
£430
March
£410
April
£428
May
£371
June
£383
July
£489
August
£416
September
£344
October
£421
November
£397
December
£409
At the present moment the cheapest month to fly to Senegal is currently September; with July being the most expensive. Prices will vary depending on multiple factors such as booking in advance, airline and departure airports and times.

When is the best time to fly to Senegal?

The best time to fly to Senegal is during September, but great deals can be found at other times. September tends to be the warmest period in Senegal so if you are looking for sun or warmer climates then look to fly around this time. August is the wettest if you need to factor this in to your plans.

When is the best time to book a flight to Senegal?

The price you pay for your flight to Senegal may vary depending on when you book. For the best chance of a lower fare, look to book 60 days in advance of your trip. Fares are likely to increase a fortnight or so before your departure date.

Which day is cheapest to fly to Senegal?

At the moment, Wednesday is the most economical day to take a flight to Senegal. Sunday is likely to be the most costly.

What time of day is cheapest to fly to Senegal?

On Africa’s Atlantic coast, Senegal has Mauritania, Mali, Guinea and Guinea-Bissau as neighbours, and offers almost every form of tourism imaginable: sunny seaside resorts (such as Cap Skirring), cultural and sport tourism (hunting and scuba diving) and ecotourism (there are six major game parks and reserves).

Between its French (Senegal was once the capital of French West Africa) and Middle Eastern influences (through extensive trade), Senegal has its own fusion of exotic music, food and customs. It’s a relatively short hop too; flights to Senegal take just six hours from the UK and Ireland.

Dakar, the capital, was once known as the Paris of West Africa, the most important port on the coast, trading in slaves and gum arabic. Today, it’s one of West Africa’s coolest cities.

Senegal has a tropical climate with a dry season that runs from December to April and is swept by the hot harmattan winds. Temperatures range from 18 to 25 degrees during these months. The rainy season is between June and October when temperatures average 30 degrees. The interior is hotter than the coast; close to the border with Mali temperatures can reach 54 degrees.

When is the best time to fly to Senegal?

Travel between November and March for dry and cooler weather, but watch out for dust storms. This is also a good time to take flights to Sengegal for bird watching and for beach holidays (February-April best).

During the wet season – May to November – conditions are humid and some roads may be impassable.

Air Senegal connects Dakar with Ziguinchor, Cap Skiring, and Tambacounda, but not year-round.

In Dakar and other large cities, cars rapides (small buses) are a popular way of getting around. From Dakar to other cities around Senegal, Big Mercedes buses (Ndiaga Ndiaye) with room for between 15 and 30 passengers, travel the roads. The taxis in Dakar are orange and black and can be hailed on the street. Bargain with the driver and set a fare in advance.

Rail: there is just one service for passengers, a twice-weekly (Saturday and Wednesday) run linking Dakar with Bamako (Mali).

Car rental: it’s possible to hire a car, although it is expensive. Roads are of good quality, but care is advised; drivers will share the road with wagons, carts, donkeys and livestock.

See alternative destinations where airfare is generally forecast to be close to Senegal flight prices. 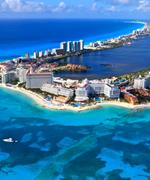 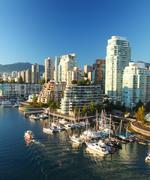 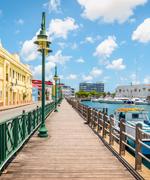 Select your preferred route to Senegal from United Kingdom below