January
£463
February
£448
March
£453
April
£525
May
£463
June
£558
July
£694
August
£644
September
£441
October
£463
November
£472
December
£784
Currently, September is the cheapest month in which you can book a flight to Hyderabad. Flying to Hyderabad in December will prove the most costly. There are multiple factors that influence the price of a flight so comparing airlines, departure airports and times can help keep costs down.

When is the best time to fly to Hyderabad?

The best time to fly to Hyderabad is during March, but great deals can be found at other times. May sees the temperatures in Hyderabad peak to their warmest. August tends, on average, to see the most amount of rainfall.

When is the best time to book flights to Hyderabad?

Booking 60 days in advance of your planned departure date is, on average, the best time to get cheap flights to Hyderabad. The general trend is that the closer you book to the departure date, the more expensive your flight will be.

Which day is cheapest to fly to Hyderabad?

At the moment, Monday is the most economical day to take a flight to Hyderabad. Saturday is likely to be the most costly.

At the moment, flights in the morning are likely to offer the best value for money for your Hyderabad trip. A flight in the afternoon will more often than not be of higher cost.

Hyderabad has a tropical wet and dry climate. The winter season, from October to February is considered the ideal time to book flights to Hyderabad, as temperatures are cooler and there is less rain. During this period the average temperature remains at a comfortable level, dropping to an average minimum of 14 degrees Celsius and reaching an average maximum of 30 degrees therefore this period is considered the best time to visit monuments or take part in city tours. Another reason to book a flight to Hyderabad during the winter season is to experience the celebration of the ‘Festival of Lights’, Diwali. This event takes place during October or November, depending on the lunar calendar and sees the city glimmering with lights and firecrackers. Another option is to book flights to Hyderabad in January to see the spectacular Kite Festival where you will see the sky filled with colourful kites and can attend a number of kite-related events.

The summer season, March to May, can see temperatures soar to 45 degrees on some days, making sightseeing practically unbearable. April and May in particular are the hottest months of the year. Although it is sometimes easier to find cheap flights to Hyderabad around this time it would be advised not to fly to Hyderabad during this period, especially if you want to spend most of your time outdoors.

June through September is the monsoon season which is characterised by heavy rains and strong winds. Temperatures can vary from 24 to 29 degrees, and even hotter some days, which combined with the rain, raises humidity levels. As a result, these months are considered the off-season. However, the evenings can be pleasant and if rain and humidity doesn’t faze you, this can be a great time to find cheap flights to Hyderabad.

Travellers taking a flight to Hyderabad soon realize why this magnificent place is known as India’s City of Pearls. Long regarded as a hotbed of innovation and prosperity, the city’s current status as the hi-tech centre of India, exemplified by a sparkling financial district, blends seamlessly with the architectural gems of the past. The Old City is a visual feast of ornate tombs, enchanting palaces, centuries-old temples and mosques.

While the city of Agra has the Taj Mahal, Hyderabad is home to the Charminar. Its name translating literally into English as Four Towers, the Charminar monument and mosque is the definitive symbol of the city and is one of India’s most recognisable structures. A magnificent view of the city awaits anyone who stands atop one of the four minarets. Elsewhere, other architectural masterpieces are in abundance. The Golconda Fort is a truly spectacular ancient fortification, its immense size covering an area of 6 miles (10 km). A light and sound show is held within the ruins every evening, while the area around the fort is a delightful hotchpotch of small shops selling all manner of goods.

Away from the historic legacy of the Old City, the west side is home to India’s software industry and is where Microsoft have their Indian base. The sleek, modern buildings of this area are in complete contrast to the ancient wonders of the Old City but provide a veritable plethora of fine-dining restaurants and chic lounge bars within which many an enjoyable evening can be spent. Indeed, those looking for more modern attractions in this fine city are never disappointed. The Nehru Zoological Park is home to a number of fascinating animal species, while culture lovers are sure to want to visit the many museums and galleries located here, such as the AP State Museum and the State Gallery of Art.

In the city itself, buses are the most common form of transport and are perhaps the most popular way of getting around. There are also a number of auto-rickshaws available but always try to get one that is metered, as you may otherwise be over-charged.

Flights to Hyderabad are served by Rajiv Gandhi International Airport (HYD). One of the highest-rated airports in India in terms of service and quality. It is located approximately 13 miles (22 km) away and a regular air-conditioned bus service runs passengers between the airport and the city centre. 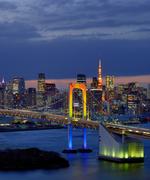 Prices found by our users for local departures to Hyderabad

Other local departures to Hyderabad