Flights to Baltimore in 2022

The best prices found for BWI flights for July, August

Cheap flights to Baltimore found for this year

Late deals on return flights to Baltimore, departing today and this week

Can I fly to Baltimore/Washington from United Kingdom right now?

Most visitors from United Kingdom need to provide a negative COVID-19 test result and/or quarantine to enter Baltimore/Washington.

COVID-19 testing requirements
Visitors from United Kingdom are not required to present a negative COVID-19 PCR test or antigen result upon entering Baltimore/Washington.

Quarantine requirements
Visitors from United Kingdom are not required to quarantine after entering Baltimore/Washington.


Can I fly back to United Kingdom from Baltimore/Washington?

Returning to United Kingdom from Baltimore/Washington

COVID-19 testing requirements
Visitors from Baltimore/Washington are not required to present a negative COVID-19 PCR test or antigen result upon entering United Kingdom.

Quarantine requirements
Visitors from Baltimore/Washington are not required to quarantine after entering United Kingdom.

What is the cheapest month to fly to Baltimore?

The cheapest ticket to Baltimore found for each month in 2022 based on historical flight searches by Cheapflights users.

January
£595
February
£610
March
£607
April
£617
May
£634
June
£616
July
£775
August
£635
September
£663
October
£626
November
£602
December
£636
January is currently the cheapest month to fly to Baltimore. At this moment in time July is the most expensive month. These prices are determined by multiple factors and booking in advance can help keep costs down if your schedule is not as flexible.

When is the best time to fly to Baltimore/Washington Airport?

Average Washington, D.C. flight ticket prices and weather conditions for 2022 and 2023 by month.

Spring and summer are the busiest seasons when most people book flights to Baltimore. One of the busiest times is in mid- to late May, when the city is full of horseracing fans attending the Preakness, the second race in the Triple Crown. This America thoroughbred horse race is held on the third of May every year and takes place at Pimlico Race Course, so if you are a fan of the races make sure to book your tickets in advance. In the summer, there are many other events such as waterfront and neighbourhood festivals.

Autumn and winter can be a great time to find a cheap flight to Baltimore as well as discounted hotel rates. During autumn visitors can also enjoy major events such as Fells Point Fun Festival, Maryland Oktoberfest, Taste of Baltimore and Baltimore Book Fair.

When is the best time to book a flight to Baltimore?

To ensure you get the cheapest price possible for a flight to Baltimore, you should look to book at least 61 days in advance of your intended travel date. The price of your flight may increase if you delay and leave booking until a week or so before departure.

Which day is cheapest to fly to Baltimore?

Wednesday is currently, on average, the cheapest day to fly to Baltimore. Flying on Sunday will result in higher flight prices.

What time of day is cheapest to fly to Baltimore?

The first impression visitors to Baltimore get is a city of interesting contrasts and happy combinations. Located in a border state, it combines northern energy and innovation with southern friendliness and charm.

Founded by the Catholic Lord Baltimore, Maryland was one of the first colonies to permit freedom of religion, and residents are proud of this heritage. Baltimore played a major role in the American Revolution, becoming the home of Congress when Philadelphia was besieged in 1776. During the Civil War, Maryland remained in the union, but loyalties were sufficiently divided and Union officials arrested many civilians as southern sympathisers. History buffs who book flights to Baltimore should visit the Baltimore Civil War Museum which is an excellent source of information on this period

Baltimore’s major attraction is the Inner Harbour, one of the first and most highly praised waterfront redevelopments. You can easily spend a whole day here. The USS Constellation, the US Navy’s last all-sail warship, is docked at Harbourplace. Near Harbourplace is Federal Hill Park, with the finest view in Baltimore and the unusual American Visionary Art Museum, presenting the work of self-taught artists. Not far is the historic Fell’s Point neighbourhood, with old buildings and waterfront promenade.

If you’re sticking to the harbour during your Baltimore trip, you’ll be able to get around by walking or by water taxi. To get north from Inner Harbour, it’s recommended that you take a taxi. The city centre has limited bus and rail service, but the service in the suburbs is excellent. If you want to rent a car, all the major rental companies are located at the airport, with one shuttle servicing them all. Driving around town is pretty easy, since Baltimore is laid out on a grid with alternating one-way streets. Traffic is usually heavy, even when it’s not rush hour, and parking is expensive and limited. Make sure you watch out for tow zones during rush hour and red-light cameras at intersections.

The Baltimore–Washington metropolitan area is made up of the cities of Baltimore, Maryland and Washington, D.C. It’s well served by airports.

Baltimore/Washington International (BWI) is seven miles (11 km) south of Baltimore’s city centre off either the Baltimore-Washington Parkway or I95.  Travellers who take flights to Baltimore will be able to reach the city by taking a limousine, shuttle, bus, light rail, taxi or rental car from the airport.

Alternative airports for the city include:

The single terminal BWI Airport has five concourses branching off from it, making for easy navigation of the airport and a less stressful airport experience. Passengers with time on their hands can peruse the great selection of shops and restaurants lining each of the concourses.

The airport is popular on America’s east coast as it is a major hub for Southwest Airlines, AirTran Airways and Cape Air. Cities with direct flights to BWI Thurgood Marshall Airport include Atlanta, Boston, Detroit, Tampa, and Chicago. There are many discount flights to Baltimore/Washington International Airport that provide a friendly and efficient introduction to the Baltimore/Washington area.

What airport do you fly into for flights to Baltimore?

See alternative destinations where airfare is generally forecast to be close to Baltimore flight prices. 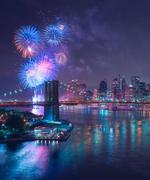 Find the best Baltimore flight deals for you

Cheap tickets to Baltimore found by our users in United Kingdom as recently as July 05, 2022.

Other local departures to Baltimore/Washington from United Kingdom

Not set on Baltimore? See the cheapest flights to United Kingdom. Airfare prices updated on July 05, 2022.