When browsing on Cheapflights.co.uk (pardon the shameless plug), you might notice some bargain Barcelona flights. Perhaps it’s time to impulsively book that city break you are always talking about? But then again, isn’t Barcelona meant to be pretty pricey?

Barca isn’t the cheapest of the Spanish cities, but that doesn’t mean there aren’t plenty of budget things to see and do. Here are some of our favourites. Let’s make that last-minute getaway a reality…

Stroll (or bike) the Passeig Marítim 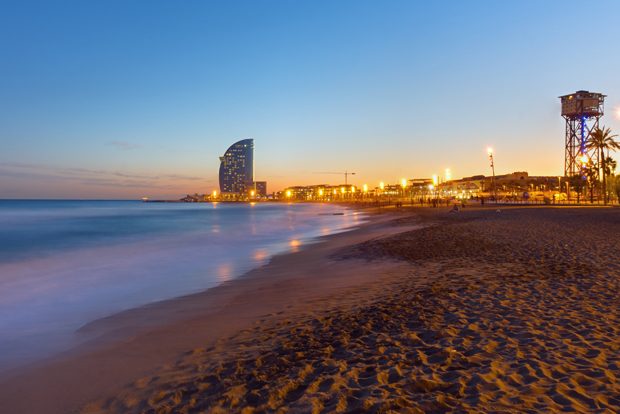 What could be finer than a stroll along the waterfront of one of Europe’s great cities? Add in plenty of stands for an iced drink, the sound of street music and souvenir shopping, and then you’re on to a winner. Passeig Marítim is supremely walkable or you can rent a bike at the beach to explore this impressive and lively city beach.

Escape Barcelona while you’re in Barcelona

Yes, you came to Barcelona to experience Spain in general and Barcelona in particular, but part of Barcelona’s charm is its rich international heritage. It’s visible in her people and her politics, but nowhere is it as plain and vibrant as in El Raval district. Here you’ll find shops, restaurants, shrines and galleries, that have influences from all over the world. And we mean all over: every nation of Europe is represented, along with China, Nepal and other parts of the Far East and there is a strong Northern African influence as well. It’s prime bar-hopping territory, particularly along Carrer Joaquím Costa, that is a great starting point for a night on the town.

Architecture enthusiasts need to spend some time wandering along Passeig de Gràcia. You’ll see ground-breaking architecture from the past half-century in the form of national headquarters from major international companies, and in every style you can think of. The gems of the experience though, are the two works by Gaudi: the churchlike, organic edifices of Casa Batlló and Casa Milà.

Shop at an ancient flea market

Whether you’re a bonafide shopaholic, or just picking up some souvenirs for your housesitter, you need not go further than Encants Barcelona. This market is home to 500 different shops offering everything from furniture to handicrafts, clothing and food. It’s atmospheric bargain hunting at its best, and it’s old: the market has run in one form or another for 600 years. Entry is free. But how much you spend before you escape is up to you.

Go big on art at the Gothic Quarter (Barri Gòtic) 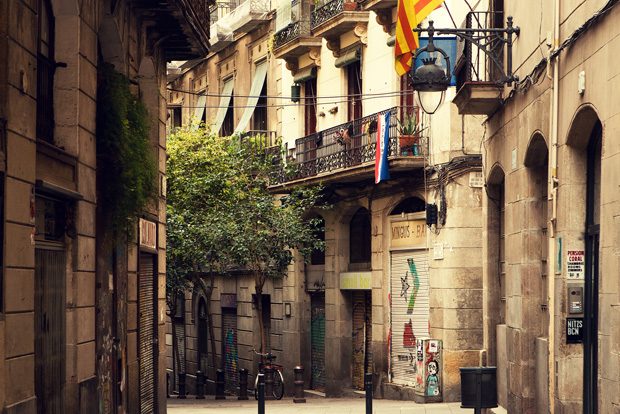 Art at a museum is one thing (and it’s a big thing in Barcelona), but street art is the only way to really complete your understanding of a city’s artistic culture. The Gothic Quarter is among the oldest sections of Barcelona, and a mecca for street artists of all stripes and styles. You’ll find paint and even installations festooning the walls, doorways and parks of this district, with some hidden away in corners you wouldn’t otherwise think to explore. Walking the alleys and lanes of Barri Gotic is exciting, interesting, and most importantly, free.

Pass the time at Plaça Reial 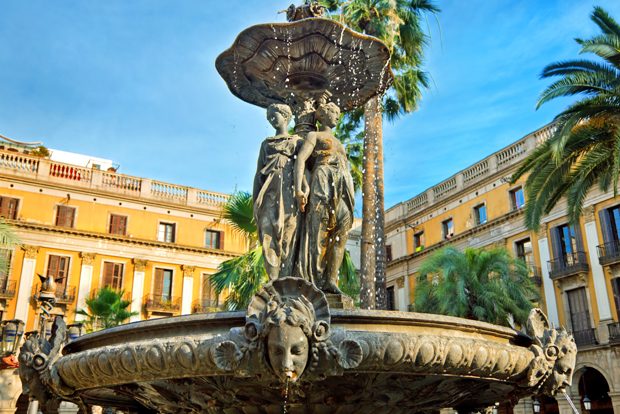 The Plaça Reial is a large urban plaza shaded by palm trees and surrounded by shops and restaurants. It’s a nexus of foot traffic by locals and tourists alike, and if you’re a fan of people-watching, it’s the place to be in Barcelona. The coffee, snacks, and tapas you’ll devour while you’re at it aren’t exactly free… but the entertainment is. Fit it into your day either as an experience of its own, or an opportunity to rest between more active pursuits.

El Born museum is housed in one of the oldest market halls in the city. You can view, for free, recently uncovered ruins of a Roman settlement including roads and frameworks for homes and shops. Other exhibits at El Born aren’t quite as awe-inspiring, but they’re worth a visit as well.

Bonus Tip: A Barcelona Card isn’t free (it’s not even technically all that cheap), but it is a lot cheaper than buying your transportation piecemeal. This option gives you unlimited free rides on all the city’s public transportation. You can buy for three to five days at a time, and it’s an enormous money saver. The card also gives you free access to the Museum of Contemporary Art, the Natural History Museum, the CaixaForum Art Gallery, the Fundacio Joan Miro, and the Cultural Center of Contemporary Barcelona.

As with any trip, your journey begins with getting to Barcelona. Start searching on Cheapflights.co.uk to find the best prices for flights and hotels – getting your trip off to a money-saving start.

Search for flights to Barcelona
7 free and cheap things to do in Barcelona was last modified: June 26th, 2019 by Jason Brick