Learning to ski can be quite a daunting prospect – that’s why we’ve put together the five best ski resorts for beginners. Book flights to the Alps and start what could become the passion of a lifetime as you learn to glide effortlessly across wide, clear mountain pistes before building up, after years of practice, to making beautiful tracks in virgin powder fields.

Murren, Switzerland
The must-ski resort for James Bond fans (the revolving restaurant at the resort’s highest point was the villain’s lair in On Her Majesty’s Secret Service) is one of Switzerland’s most picturesque. Only accessible by cable car, the village, perched on a lair 1,000m below the valley floor, has only a handful of vehicles, and then only normally used to ferry luggage between the cable car and the hotels. The handful of hotels and restaurants are very Swiss-German in their approach and they are functionally comfortable, and affordable, without ever tipping the balance towards luxurious. On the slopes there are a few gently groomed pistes that lead the most timid skiers safely down the mountain. Murren is also home to the Inferno, the longest and largest downhill ski race in Europe, 1,800 competitors race at 12-second intervals throughout the day clad in cat-suits and helmets for a 9km race that falls more than 2,000m to the valley floor. Nearest airports: flights to Zurich | flights to Geneva

Lech, Austria
Lech is a stunningly beautiful and upmarket ski resort in Austria. The village itself looks like it leapt straight off the set of The Sound of Music and it is favoured by a rather refined clientele of upmarket Europeans whose definition of skiing invariably uses the word “potter”. The deceptively large ski area is linked into that of Zurs, a ski resort next door and is made up of long, winding runs that are perfect for those at the start of their skiing career. Food in Lech tends to favour Austrian mountain cuisine where pigs’ trotters and sauerkraut are the order of the day. Lech also caters to non-skiers and there is plenty to be found within the resort to keep everyone entertained. Nearest airports: flights to Friedrichshafen | flights to Innsbruck

La Plagne, France
Found in the Tarentaise valley La Plagne is a great big commercial beast of a ski resort. Visitors don’t tend to come to La Plagne for the nightlife, nor do they for a quaint village atmosphere. It is functional, easy to use and, with 225km of piste, open to almost everyone. Created from scratch in 1961 the resort is linked to neighbouring Les Arcs by the fastest ski lift of its kind in the world. Accommodation is mainly in the form of large, purpose-built apartment blocks and hotels that lack the charm of many more old-school resorts. The lift system is second to none and the slopes are very much weighted towards the less technically adept, with more than 80 green and blue runs. For the ultra keen beginner there is even floodlit skiing to keep you practising late into the night. Nearest airport: Chambery

Borovets, Bulgaria
For those looking to learn on the cheap, and away from the expense now associated with skiing in the Alps, there is always Bulgaria. Occasionally mocked for its ramshackle approach to its accommodation and wine it offers a value way to start to find your skiing legs. Borovets is the largest resort in Bulgaria and has a history of skiing that goes back more than 100 years although the amount and variety, just 45km of piste, does not quite stand up against the Alps. However, the Bulgarians love their après-ski and the town is full of bars, cafes and clubs that keep going to the early hours of the morning. Nearest airport: flights to Borovets

Arabba, Italy
Arabba is the heart of the Dolomites, a mountain range found in the north of Italy towards the Austrian border. A relative new comer to the region, Arabba was only founded in the late 1600s and today is a charming village filled with traditional chalets and small hotels. Arabba is not for those looking for late-night bars and après-ski – it favours a more traditional, local approach and many of your fellow skiers will be local Italians rather than package tourists out for a week on the slopes. The three distinct ski areas are characterised by dramatic scenery criss-crossed with long and gently sloping runs. There is only one ski school in Arabba – the Scuola di Sci Arabba whose instructors cater happily to English-speaking novices. Nearest airports: flights to Bolzano | flights to Treviso 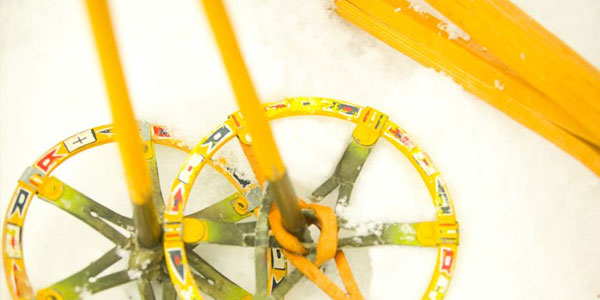