Finnish people have to put up with a lot. Not only is it really cold most of the time, but parts of the country have to deal with constant sunshine for six months and then seemingly eternal darkness for the other half of the year. It’s no wonder that they try to keep themselves amused. Here are a few bizarre “sports” you can play in Finland.

When people get married, it’s traditional on the first night for the groom to carry the bride in his arms across the threshold of the marital chamber. After that, there is very little wife-carrying involved for most couples, but not in Finland. Every June in Sonkajarvi, 100km north of Kuopio, husbands sling their wives upside down over their shoulders and sprint as fast as they can across rough terrain, including marshes. It seems a bit ludicrous until you realise that the prize is the wife’s weight in beer, a cure that soothes all of marriage’s hardships. 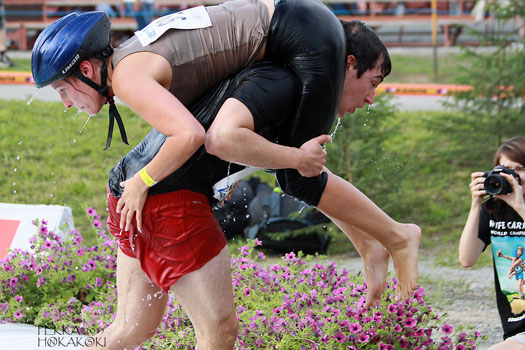 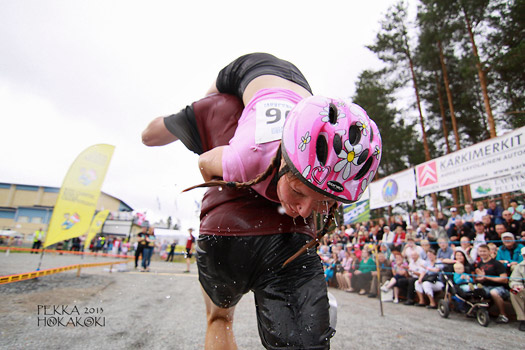 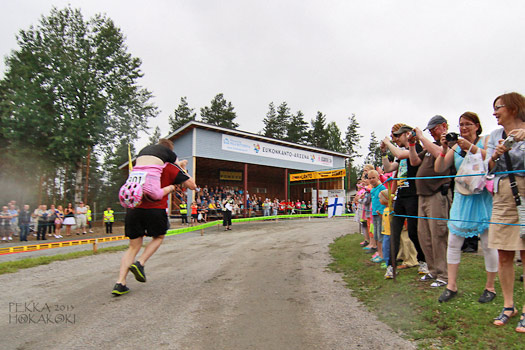 Although the Finns didn’t invent air guitar, they were the first people to insist to the world “C’mon guys, let’s take this seriously.” Thus the Air Guitar World Championships were born and are held each year in Oulu. 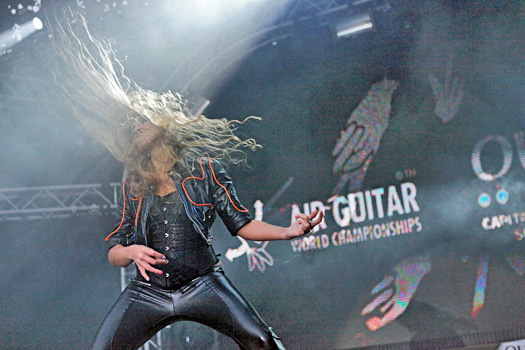 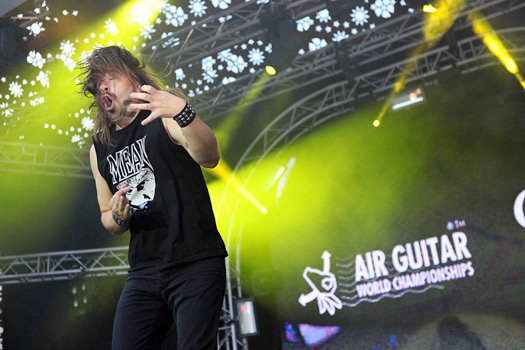 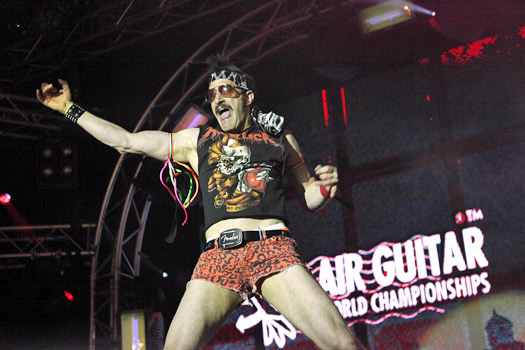 In many middle-eastern cultures, throwing shoes at somebody is seen as deeply insulting, but in Finland they throw shoes because, well, it’s kinda funny. They’ve been holding boot chucking championships every year since 1976 and like many of the sports in our list, Finns take it more seriously than you’d expect, being supremely precise with their throwing techniques.

One of Finland’s most famous companies is Nokia, the mobile phone firm that has often held the marketleader position in the cellphone market. We suppose it’s not surprising that after shoes, Finns decided they would start throwing a semi-national icon. We’re not sure if every phone used has to be a Nokia, but that would at least make some sort of sense. The Mobile Phone Throwing Championships are held in Savonlinna every August. 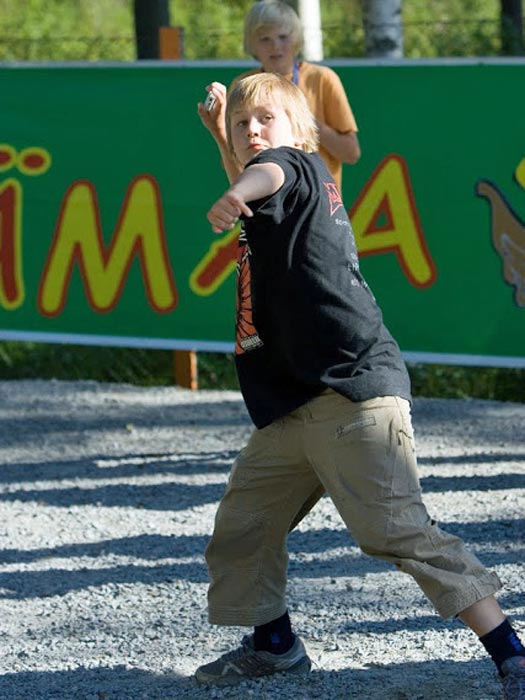 Football pitches can be a little boring much of the time, just a big flat stretch of grass. Some matches are distinctly enlivened when bad weather causes mud patches around the pitch, particularly around the goal areas. Now, imagine if you will, the entire pitch was a mud patch so thick that the ball was lost deep in the mud and the players were up to their knees and had difficultly moving. This bog version can seem ludicrous at times as players become covered head to toe in mud and desperately search for the missing ball. Yes, swamp soccer is a vast improvement on the original and truly ought to have its own globally-televised World Cup. 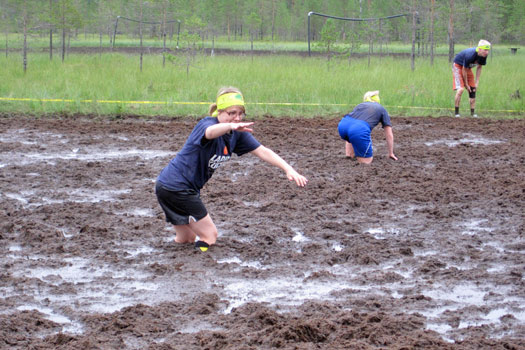 The most sensible sport on our list has run into a few problems in recent years after animal rights protesters insisted that the foul blood-sucking demon that is the mosquito somehow counts as an animal. To appease such people, the sport is more often referred to as “mosquito catching”, although the rules don’t concern themselves over whether the quarry is alive or dead. Some readers may find it surprising that a country as notoriously cold as Finland even has mosquitoes, but indeed they do – the country is rather humid during the summer months despite rarely reaching temperatures above 25C and it is absolutely covered in lakes. The name of the game is to stand for a designated time in a mosquito-ridden area with your top off and then trying to smack every single blighter that lands on you as quickly as possible. The contestant with the most mosquito corpses splatted across the body is the winner. A most honourable sport, if you ask us. 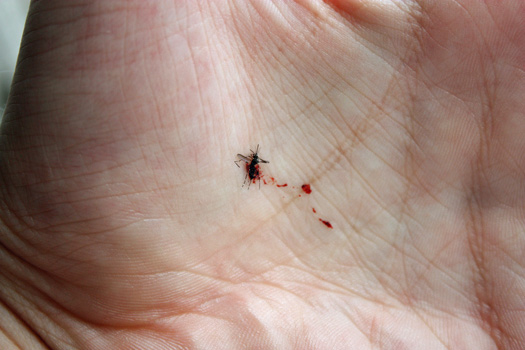 The Finnish tradition of taking saunas has also sprouted its own rather reckless sport. Typically when visiting a sauna, people sit for about 10 to 15 minutes before going out the room and covering or submerging themselves in cold water. After a short break, maybe a drink and a chat with friends, they go back for another 10 minutes, and thus the cycle continues leisurely for an hour or two depending on how sociable you want to be. In the competitive version, entrants try to ignore their body’s cries as they push well past the 15 minute mark and into dangerous territory. For the World Sauna Championships that began in 1999, the temperatures used were much higher than normal and tragedy struck in 2010 when a Russian competitor died. Since then, the event has not been held again and most people are more wary of their limits. 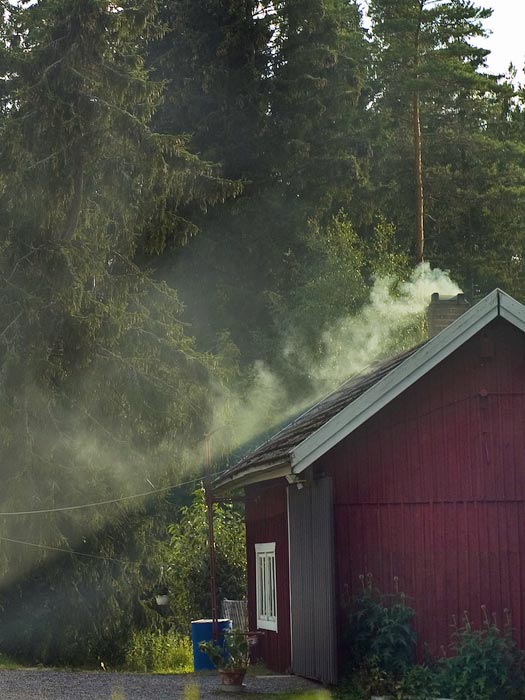 Racing bare naked, the freest sport conceivable, featured in the original Greek Olympics, but these days athletes seem to prefer covering up. Not in Finland though, where they’re proud to be one of the few places still carrying on old-school – the Nakukymppi is an annual 10km race held every June since 2003 in Padasjoki where Finnish people have been racing in the not-particularly-aerodynamic flesh. Finns, of course, have absolutely no qualms with nudity, what with most people growing up in a culture of using saunas regularly, naked as the day they were born.

CheapflightsQuirky TravelBizarre sports you can play in Finland
We use technical, analytical and marketing cookies to help you with things like logging in and picking up your search where you left off.