Canadian tour operator Sunwing will start its first direct route to Scotland from next summer. It will fly twice a week from Toronto to Glasgow during the summer months.

The route will be in operation between June and September and flights prices have yet to be announced.

The new route was announced by Fiona Hyslop – Scottish Cabinet Minister for Culture and External Affairs.

Speaking at a press conference in Canada, Ms Hyslop said: “Canada is one of Scotland’s most valuable tourism markets. Last year we welcomed over 98,000 Canadians to Scotland, generating £65 million for our economy.

“We must build on that to ensure Scotland remains a top destination for international travellers. Strong global connections are crucial to our economic prosperity and this new route is a tremendous boost for Glasgow and Scotland as a whole.”

Sunwing Travel Group is one of Canada’s leading tour operators, offering holidays to Mexico, Central America, the Caribbean and Europe. More than a million Canadians travel with Sunwing each year.

“After last year’s successful debut of Sunwing’s Summer Trans Atlantic programmes, the number one destination which our travel partners asked us to add for our second year was Glasgow,” said Andrew Dawson, President of Tour Operations with Sunwing Travel Group.

“In addition to the strong historic ties between Ontario and Scotland, there is a growing market for a vacation that combines history and old world charm with the modern sophistication of a city stay and Scotland and Glasgow meet those criteria perfectly.”

Fiona Hyslop is engaging in a number of business, tourism, political and cultural events in a five-day trip to Canada and the US, in an effort to strengthen economic ties with North America.

The trip, in conjunction with VisitScotland, is covering Toronto, Ottawa and Washington DC.

Off the beaten track: Ciechocinek, Poland 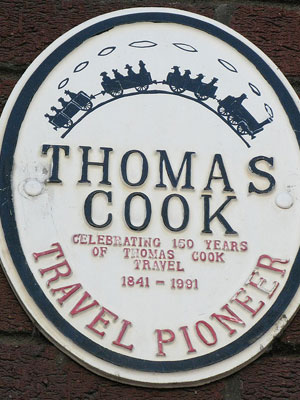 Thomas Cook: why the travel agent is key

Mayan Doomsday: how are countries preparing for the end of the world?

10 of the newest capital cities in the world