Here are five ways to get a culture fix al fresco style.

Brighton may be famous for having beaches made of pebbles, but it still plays host to one of the most impressive sand sculpture festivals in the world. The size and intricacy of the works are nothing short of remarkable.

Sculpture workshops, live demonstrations, guided tours and a children’s sand pit at Black Rock, near Brighton Marina all feature. Tickets cost £6 for adults and £4 for children.

Roman festival at Hadrian’s Wall – May 25 to June 2

At 72 miles long and spanning with the width of the North of England, Hadrian’s Wall can lay claim to be being England’s biggest open-air museum. English Heritage is running a Roman Festival throughout the summer that includes Roman Britain re-enactments and activities.

Open-air performances at Minack Theatre – May to September

Carved into granite cliffs and set in glorious gardens with panoramic views of Cornwall’s Porthcurno Bay, Minack Theatre has one seriously dramatic setting.

A full programme of drama, musicals and opera will play throughout the summer. Wuthering Heights, Arabian Nights, The Taming of the Shrew and many more will all feature in this modern-day Roman amphitheatre.

First ever summer screenings at Hedsor House – 20 and 21 June

Hedsor House, star of Dustin Hoffman’s charming Brit-flick Quartet, isn’t usually open to the public. This summer, however, the Buckinghamshire Georgian country is opening its gates to the public for an outdoor screening of the film in its grounds on June 21.

Les Miserables will also be screened on 20th June. Tickets for the open-air cinema cost £12.50.

David Hockney is widely recognised as one of the world’s greatest living artists. Much of his works are deeply connected with his home county of Yorkshire.

Visitors are free to follow the route year round at their own pace. Alternatively, Wold Travel runs a daylong guided tour for £20.

Take it outside – 5 of the best outdoor activities this summer was last modified: June 26th, 2019 by Brett Ackroyd 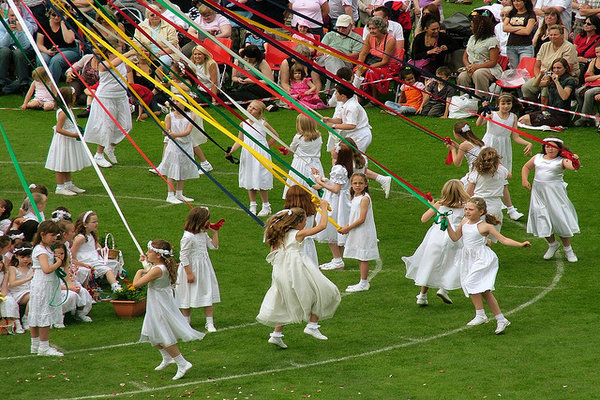 May Day traditions around the world