Santorini, Dubrovnik, Ibiza… these dream summer destinations seem to always come with a price tag. But, what if we told you that there are loads of other places in Europe that are just as good, and nearly always cheaper to fly to? Not convinced? We dare you to check out Cheapflights.co.uk and search for one of the destinations listed below.

But before you do that, let’s have a look at the cheapest European destinations to fly to… 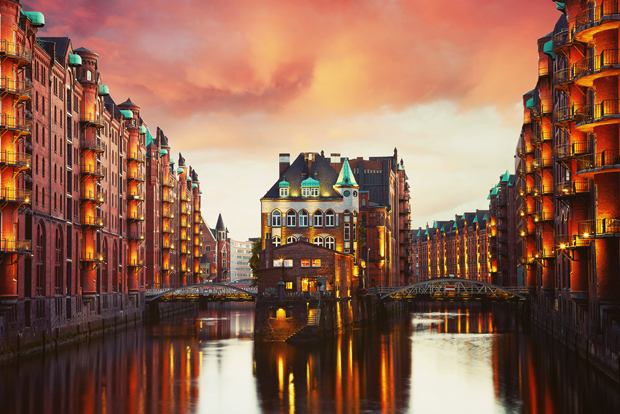 Ok, Hamburg might not be the prettiest or the sunniest destination on this list, but what it lacks in terms of UV rays it makes up for with its culture and food. Yes, you heard us right. Food. The fast food favourite, burgers, originated here. However, these days it’s more about Trendy-Wendy food trucks and Turkish kebabs. Another thing worth mentioning is that Hamburg’s night scene is pretty epic, with many saying it even holds its own against clubbing giant, Berlin. Plus, this is the birthplace of The Beatles. Well, not exactly, but this is where Beatles kickstarted their career, in Hamburg’s underground pubs and bars. You can even go on a Beatles Tour.

Return flights to Hamburg from £26 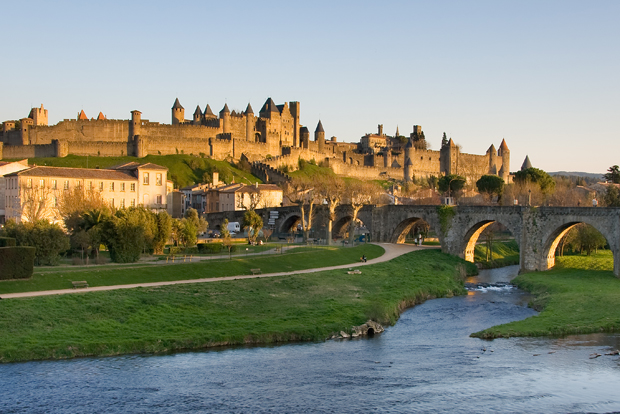 This part of France is more about medieval walled towns and rural villages than the glitz and glamour of neighbouring St. Tropez or Cannes. Carcassonne, a.k.a medieval Disneyland, is a cool place to holiday during the summer months so you get to experience the real South of France without the price tag of Cote d’Azur. Just think about it. You have cities like Toulouse and Montpellier only a stone’s throw away, sunshine is pretty much guaranteed and it can be enjoyed with some great wine and food. And listen to this. There are more national parks and forests than you could possibly visit in one trip and some of them are home to the largest wild horse population in Europe. Pretty epic, right?!

Return flights to Carcassonne from £16 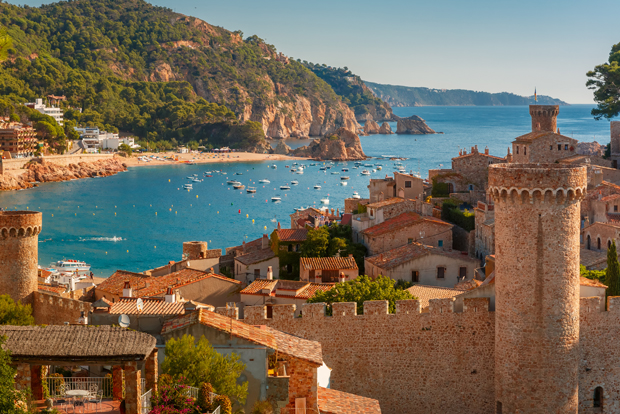 Fancy some sun, sea and sangria? Was your answer yes? Then get yourself on to Cheapflights.co.uk and search for flights to either Gerona or Barcelona. You’ll be tanning under the Spanish sun whilst sipping refreshing jugs of sangria in no time. But it’s not just about the beaches in this part of Spain. Costa Brava’s coast has been home to some of Spain’s most prominent artists – just think of Dali or Gaudi. So if you get sick of “doing nothing”, you can easily get your dose of culture by visiting Game of Thrones-y Gerona or the Catalan capital Barcelona.

Return flights to Gerona from £30 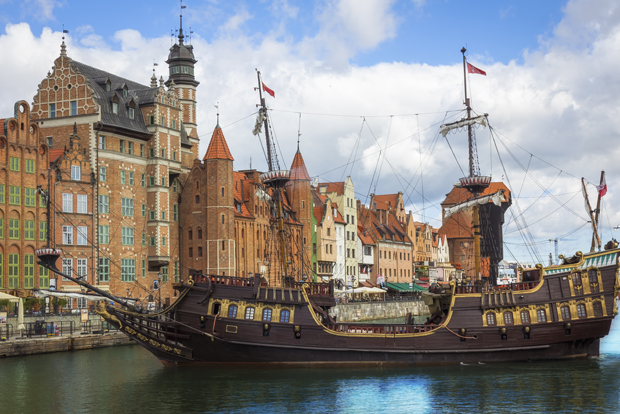 Don’t rule out Gdansk or Poland as a whole if you’re after hot summer days. Poland in summer is surprisingly hot so you’re pretty much guaranteed nice sunny days with an odd storm or two. Gdansk is one of the prettiest Polish cities. Here you can stroll the cobbled streets of the old town, sample local cuisine al fresco, or spend your days lying on the beach and getting some vitamin sea. Because of Gdansk being a coastal city, you’re never too far from a decent beach and some of them come with pretty impressive sand dunes and white sands.

Return flights to Gdansk from £39 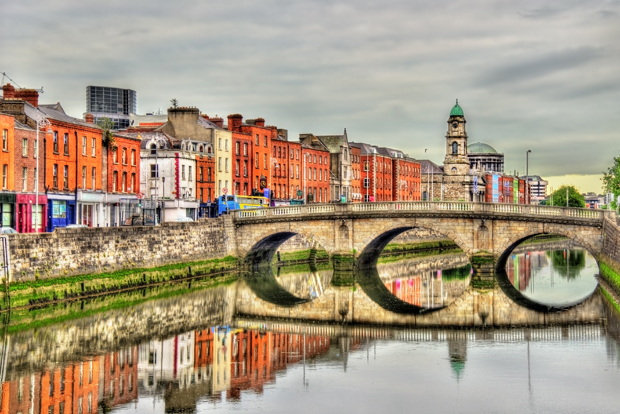 It’s not a secret that flying to Dublin can be dirt cheap (it’s probably cheaper than getting a train from London to Manchester). But it’s also common knowledge that pints of Guinness in Dublin are ridiculously overpriced. Often those “meant to be cheap weekends in Dublin” can easily turn into “feeling sick about checking your bank balance” moments. But don’t give up on a cheap Dublin getaway just yet. Holidays to Dublin can be done on a budget. You can start by reading our guide on Cheap and free things to do in Dublin, then book your flight with Cheapflights.co.uk and you can do the Irish capital for literally peanuts.

Return flights to Dublin from £19 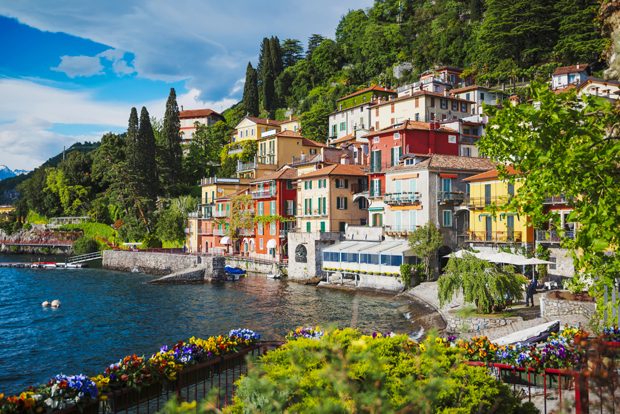 Milan might not be the prettiest of Italian cities but its location and good transport links with the rest of the country mean you can easily swap busy Milanese streets for Alpine forests and azure blue lakes. With the Alps only a short drive away and exciting places like Lake Como, Verona and Parma all nearby, Milan holidays don’t have to be just about the city. In fact, most travellers use Milan as a stopover for the surrounding area.

Return flights to Milan from £33 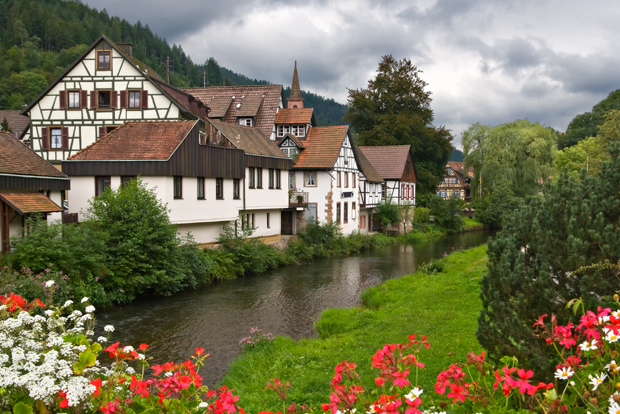 The land of cuckoo clocks and emerald green forests are increasing in popularity right now. With budget airlines offering cheap flights to places like Stuttgart, Baden-Baden, Memmingen or Nuremberg, it has never been a better time to visit this underrated corner of Europe. In summer this part of Germany can be just as hot as the Med, so summers in southern Germany can be all about swimming in crystal clear lakes, drinking German beer in the sun, exploring the region’s many chocolate box villages and sunbathing on the meadows.

Return flights to Stuttgart from £38 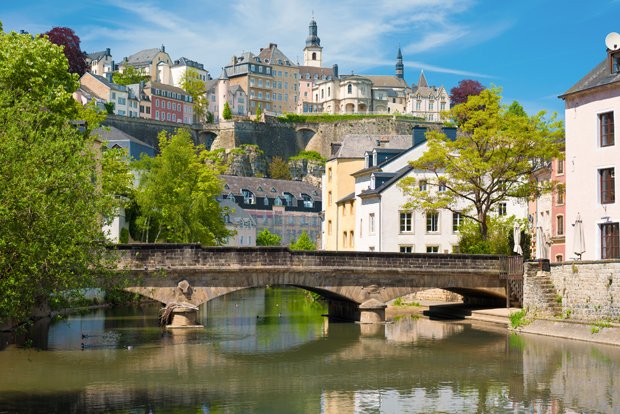 What do you know about Luxembourg? That it’s a tiny country and people there are serious about their banking? Anything else? No?! We thought so… We think Luxembourg is an underrated destination considering there’s so much to do. Here’s a little quiz. Would you ever think of Luxembourg and wine? And what about castles that look like something out of a Disney princess film? Oh, and what about historic towns that come with cobbled streets as a standard? Well, the good news is, yes, Luxembourg is home to all of these things and more. So, a holiday to Luxembourg anyone?

Return flights to Luxembourg from £41

PS: We’re not trying to discourage anyone from having a chance to Instagram those perfect Santorini vistas or walking the walls of Dubrovnik. Oh no. It’s still possible to find great deals to these popular destinations by searching for flights on Cheapflights.co.uk.

Reckon you need more inspiration? Introducing EscEscape – a free Chrome extension that lets you search for flights using your keyboard Esc key. Add the extension to your Chrome browser, double tap Esc and Cheapflights will find you the cheapest weekend flights in the next two months. Perfect for those get-me-out-of-here moments.

*** The prices we listed are good as of April – to get the latest prices, launch a flight search now.

The cheapest European destinations to fly to this summer was last modified: June 26th, 2019 by Tomas Dano