More often than not, when I told people I was going on holiday to Belize I was met with puzzled looks and the question, ‘Where?’ This small Central American country is nowhere near as popular as the Caribbean islands or neighbouring Mexico – and yet it has just as much to offer. The weather is good, the beaches are spectacular, and there’s plenty in the way of history, culture and adventure. Best of all, it doesn’t feel overly touristy in the slightest. In fact, I don’t think I met a single other British person the whole two weeks I was there.

Curious? Before you start searching for flights (I hear Cheapflights.co.uk is a good place for that), here are 10 things to know before you go…

Despite being firmly planted on the Central American mainland, Belize has an unmistakably Caribbean vibe. Palm-dotted islands and cayes are fringed by trademark white sands, and Crayola-coloured beach bars serve up classic reggae tunes and stronger-than-necessary rum and cokes. All in all, the whole country just feels so incredibly chilled out. It’s the kind of place that’ll make you want to emigrate in favour of a new life selling coconuts on the beach. 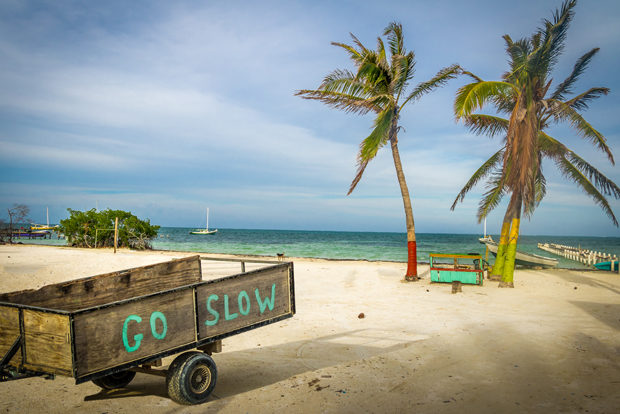 2. English is the official language

No habla Español? No worries. Belize is a former British colony, which means English is the official language. The lack of communication barrier makes travelling around the country really easy. You can ask for directions, you can read menus, and you can strike up conversation without resorting to an embarrassing form of Spanglish.

3. There are Mayan ruins all over the place

Everyone bangs on about Chichen Itza and Tulum, but Belize’s Mayan sites are kept largely under wraps. They might not be as big or as famous as Mexico’s offerings, but they come without the hordes of tourists – which makes them way more impressive in my opinion. I visited Cahal Pech, on the edge of San Ignacio, at 9 o’clock in the morning and had the entire place to myself. 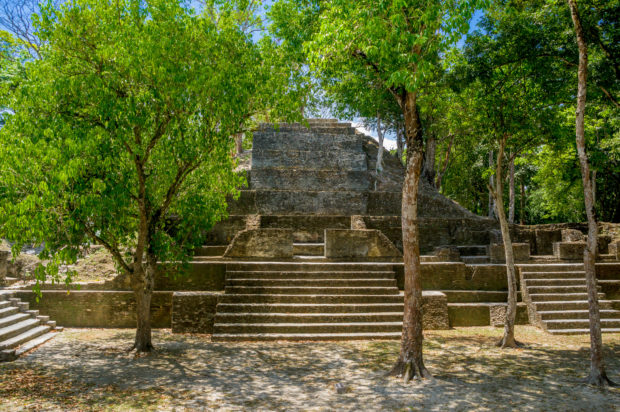 4. The Belize dollar is pegged to the US dollar

The Belize dollar is tied to the US dollar at a rate of 2:1, and both currencies are accepted everywhere. Not only does it make working out exchange rates super easy, it means you won’t end up with a drawer full of foreign currency you’ll never use again after your trip.

5. You can catch a bus from Mexico

You can’t fly direct to Belize from the UK, which means you’ll most likely have to stop over somewhere in the US. Another (usually cheaper) option is to catch a flight from the UK to Cancun, and then bus it from there. The quickest service is run by a company called ADO. The bus departs from Cancun at 10.15pm every night, and arrives in Belize City around 8.30am. The journey does involve an annoying (although, in my experience, pretty painless) border crossing at about 3am, but the buses are clean and comfortable – if slightly over-air-conditioned. You can also do the trip in the opposite direction, from Belize City to Cancun.

6. You absolutely, definitely, should pack a t-shirt or rash guard for snorkelling trips

Belize brags the second-longest barrier reef – and therefore some of the best snorkelling – in the world. Stay in any of the beach towns, and you’ll have no end of day and multi-day tours to pick from. But a word of warning: 30-degree-plus temperatures + no cloud cover + spending hours in the water with your back exposed = disaster. I was slapping on the SPF 50 every 20 minutes and still got more sunburnt than I have in a decade. Seriously, it doesn’t matter how ridiculous you look. Wear a t-shirt.

If you head to Belize expecting prices to be in line with neighbouring Guatemala or Nicaragua – or South East Asia, for that matter – you might end up disappointed. In popular spots like Caye Caulker and San Ignacio, a room in a basic hotel or guesthouse tends to be around £50 a night or so. And a meal with wine or cocktails in a nice restaurant isn’t much cheaper than in would be in London.

8. …but there are ways to save money

Sidestep the fancy tourist-focused restaurants in favour of more local haunts and you’ll save a fortune. Most eateries offer a simple dish of stewed chicken, rice and beans for less than a fiver, and it’s absolutely delicious. In beach resorts like Caye Caulker, meanwhile, you’ll find street vendors frying up the catch of the day just metres from the sea. When it comes to getting around, it’s chicken buses all the way for the budget-conscious (see point 10). 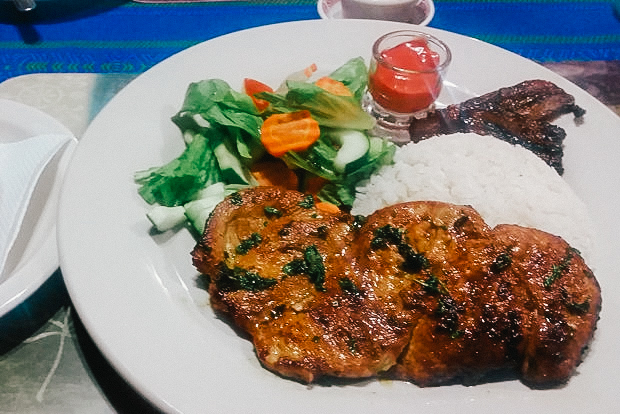 9. You’ll add hot sauce to everything

If the typical chicken, rice and beans combo sounds a bit bland, don’t fear. You’ll find bottles of hot sauce on every restaurant, café and kitchen table in Belize. Not just any old hot sauce, mind – Marie Sharp’s hot sauce. Born and bred in Belize, Marie Sharp started producing hot sauce on her family’s farm back in the 80s. It’s now exported all over the world, and flavours range from the original habanero pepper sauce (in a variety of different intensities) to more exotic mixes like the grapefruit pulp habanero sauce. If you find yourself in the town of San Ignacio, pop in to the Marie Sharp tourist centre for a tasting session.

10. Chicken buses are the best way to get from A to B

Forget taxis and planes – if you want to travel like a local, you’ll need to jump on a so-called ‘chicken bus’. These brightly-painted vehicles are old US school buses that have been given a second life in Central America. They can be slow, hot and crowded, but they’re by far the cheapest way to get around. The 3-and-a-half-hour journey between Belize City and Dangriga, for example, costs the equivalent of about £6. The reggae soundtrack is usually thrown in for free. 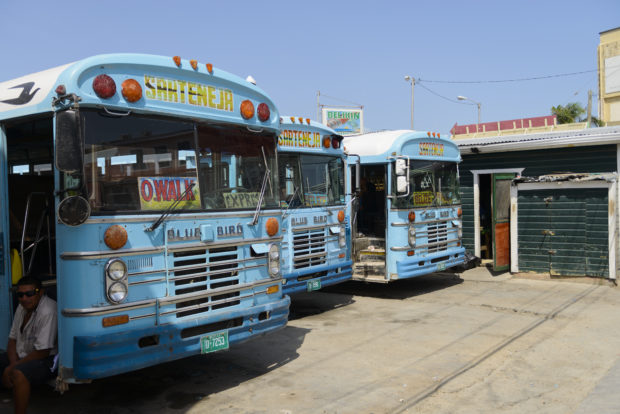 Ready to start planning your trip to Belize? Head over to Cheapflights.co.uk to search for flights.

10 things to know before travelling to Belize for the first time was last modified: June 26th, 2019 by Sam Shillabeer